hampir setahun yang lalu cassie-1-2-3 said…
Both have main characters whose lives are endangered by someone constantly trying to kill them.

Both stories have a guy by the last name of Black who owns a motorcycle, and turns into a wolf.

Both stories have people with abnormally light skin as the antagonist.

Both stories have a very old character that is looked up to and seen as a mentor by other characters.

hampir setahun yang lalu Angel-Trix said…
Both stories have something mythical in them.

Both main characters are hit on a lot at school.

Hermione and Bella both have brown hair, brown eyes and likes books (it pains me to compare Hermione to Bella sooooo much)

hampir setahun yang lalu GemonkDruid said…
Both stories have a baby born in them.

hampir setahun yang lalu KateKicksAss said…
Both Bella's were in love with someone unattainable/mysterious/who didn't love them back. (At least at FIRST, Bella Swan loves Edward but he won't talk to her much)

Both Villains (Voldy and the Volturi) Have a lot of powerful followers.

Both start out with SOME potential to be good (HP followed up, and WAS good. Twilight didn't)

Both have characters with the last name "Clearwater"

People desert their education in both books. (Bella doesn't go to college, Harry, Ron, and Hermione leave to go Horcrux hunting in DH)

Both had jerks named James in them

That being said, BELLATRIX FTW!

hampir setahun yang lalu SerialFangirl said…
Both stories have an extremely beautiful, blonde woman in them.

Both series finals have weddings at the start.

Both stories have characters with the ability to torture someone without physically touching them.

Both stories have a government that gives the main characters trouble.

the names of the enemies in both series are started with V(voldemort, volturi and victoria)

both series have big families(weaslies and "cullens")

sorry i can't think something else right now :)

hampir setahun yang lalu ArcticWolf said…
Many of the characters have the same name.

Both Hermione and Bella are smart, Hermione just shows it more. :) 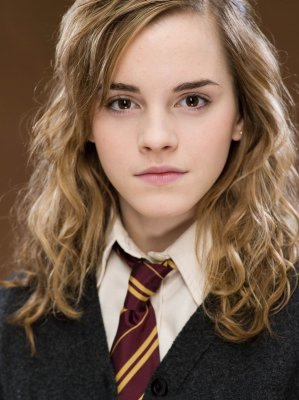 It's perfectly fine! ^^ Remus Lupin is the were-wolf :P And Fenrir Greyback.

Here is my response to what everyone has said so far:
Cassie-1-2-3: Sirius Black turns into a dog, not a wolf. Abnormally light skin is quite a common thing, some people aren't like the people from "Jersey Shore".
SerialFangirl:Harry Potter ends up in the hospital often because there's a bunch of bad people after him. Bella ends up in the hospital often because she is STUPID! The names listed are all VERY common names. As for the old character that the younger characters look up to, that happens in every story. I can give you examples if you need them.
DracoLuver: Did you see Harry's home life before Hogwarts? It basically sucked.
Angel-Trix: If we're listing stories with mythical things in them, why aren't stories like "Lord of the Rings" or "Narnia" mentioned? Both characters are hit on a lot at school? Did you read the same books that I read? Both female leads have brown hair, brown eyes, and like to read? In that case, you could be talking about Susan from "Narnia" or Wendy from "Peter Pan".
GemonkDruid: As for the fact that babies are born in both stories, babies are born A LOT!
KateKicksAss: Who on Earth was Bellatrix in love with that was "unattainable". If you're talking about Sirius, that's her COUSIN and it almost makes me wonder if you're from North Carolina. Edward left/dumped Bella because he realized he was dumb for going out with her in the first place. Harry never dumped anyone. Villians with followers?! How original of them! That doesn't happen in EVERY BOOK EVER! What are you talking about "potential to be good"? Wow. A common last name. So original of Stephanie Meyer. Lots of people don't go to college right after high school, maybe she goes to college after Reneesme is born. You never know. Harry's dad's name was James and he wasn't much of a jerk so I'm not sure who you're talking about in the HP series that was a jerk named James (unless you're a Severus Snape fan, in which case, I'm sorry you have no taste at all).
SerialFangirl (again): Rosalie isn't very pretty. Her personality makes her ugly. Fleur was only in like 3 books. Dads tend to freak out, it's what they do. HOLY COW! Weddings never happen! That's so original! Both stories have supernatural elements and being able to "torture someone without physically touching them" happens sometimes. Doesn't our government give EVERYONE trouble?!
mina_sit: Well isn't the fact of both series' villains starting with a V an uncanny coincidence?! The bad guys tend to die in books to demonstrate the fact of good triumphing over evil. Big families are a common thing sometimes, my family has 7 children.
ArcticWolf: Names can be fairly popular.
harrypotterbest: Bella is smart? Did you read the same Twilight books that I read?

hampir setahun yang lalu cassie-1-2-3 said…
These aren's criticizms, you know..
Nobody was insulting anything, yet you somehow managed to take alomst every single comment as an insult?

This was probably one of the most relaxed, normal, non-hostile forums in this club.

hampir setahun yang lalu alexisn10 said…
Both trios have similarities, too. Edward and Harry are the strongest and, in my opinion, almost like leaders in their group. Ron and Jacob are alike, too. Both are misunderstood, doubty, and love someone who they never thought they'd love uncontrolablly. Lastly, Bella and Hermione are a like because they spend most of the series as the mediator, they both try their best to try and get Harry/Ron or Edward/Jacob from killing one another.


and Robert Pattinson of course xD

hampir setahun yang lalu ariba_c said…
^^^what??? What are you defending? As cassie said, nothing on here is criticism...
Something to say? Sign in with one of these options:
Log in to Fanpop! Not yet registered? Create a new Fanpop account!