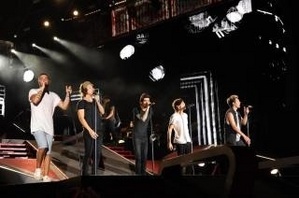 In fact their last single anda & I was released in April and only reached a peak of number 19 in the official UK chart.

The boys have of course been incredibly busy since then. Niall organised a charity football match, they launched their latest perfume and most importantly they have been travelling around the world on their Where We Are tour which reached its final leg this month.

But looking at the dates of their single releases over the past few years, we should be due a new release any time now.

Their past two singles haven’t been that successful compared to their sebelumnya ones so they will definitely want to make sure that their seterusnya track gets at minimum a bahagian, atas five position.

Although we don’t know anything about their new single yet, it is likely to be one of the songs we already have a few details about.

Firstly there is a track written with rapper Naughty Boy which is rumoured to feature Zayn rapping. And the rapper was very impressed with Zayn’s efforts, saying ‘Zayn’s actually quite a good rapper, we’ve been in the studio doing some One Direction stuff, and he can spit bars! Of course he can! Big up Zayn and his bars.’

Naughty Boy also revealed that the song he wrote with One Direction is called One lebih Chance to Dance and features a tribute to the late Michael Jackson. The lyrics read ‘I’m no professional dancer, I’m no Michael Jackson.’

With so many details about that song already being out there, it is highly likely that this will be the first single from album four.

But Naughty Boy isn’t the only person to have worked with 1D recently. Man of the moment Ryan Tedder, who wrote Right Now on Midnight Memories, has also written a new song for the album, and with his tracks being incredibly popular right now that could be a very good choice of seterusnya single.

The One Direction boys have also been doing a lot of work with McBusted recently, and one of the songs initially written for them is so good that McBusted have berkata they want to keep it for themselves. It will be interesting to see who wins that battle, but if 1D do end up with that song, then with the hype around McBusted at the moment it could do really well.

Recently at the launch of their new perfume, anda & I, Liam revealed that the new Muzik is a lot lebih chilled out than their last album.

He told Teen Vogue: ‘We’re really hands on this time. A lot of our singles are bold and pop, but there’s a chill factor on the new one. It’s like driving down a road in California on a lovely day.’

So will they choose a lebih laid back track as the debut single from the album, atau will they come out with their most impressive track?

Only the boys know that – but we really can’t wait to hear it. 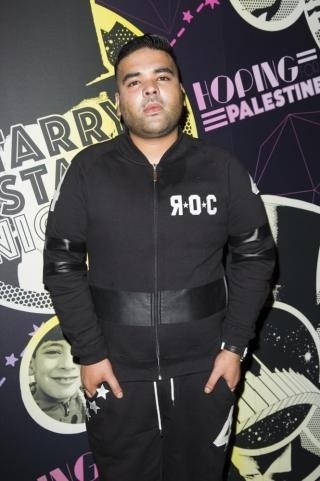 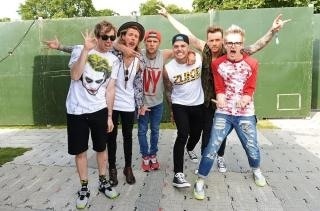 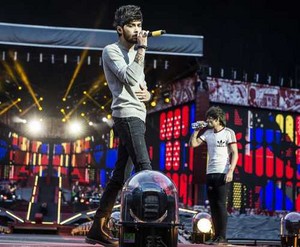 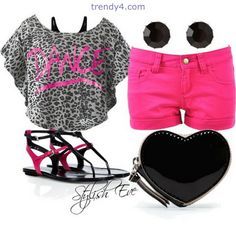 Should i wear this asked summer pulling up a long merah jambu dress that was fluffÿ with jewels uhh no i berkata tryinğ to be polite do it's a bit much says perrie backing me up. Ohh okay i pull out (the outfit in the picture) this is so cute i say OMG GIRL GET IT says Eleanor. I ran to cash register and got it. Omg girl niall is going to be head over heels for you! berkata Sophia.soph anda know he's dating selena Gomez right. What ever she is a bi- hei NO CUSSING! I yelled at sophia. Well it's true she berkata pouting. hei guys i found a cute outfit summer berkata holding up a a merah jambu baju with a hati, tengah-tengah on it...
continue reading...

3
They Dont Know About Us
added by ChrissyStyles1 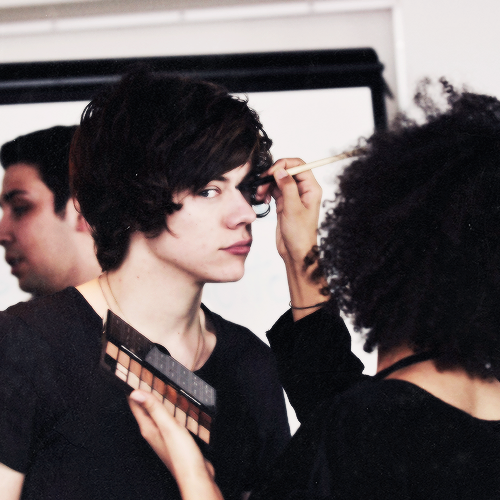 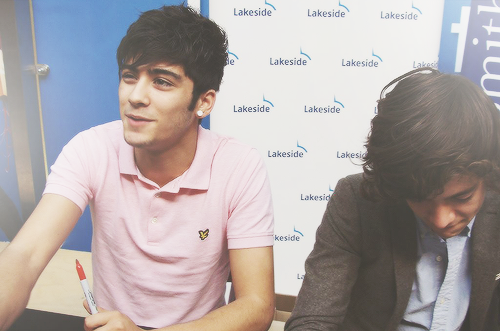 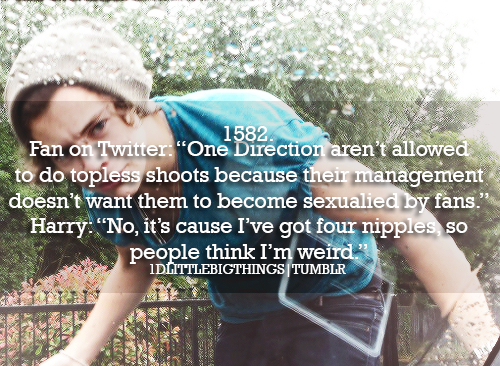 1
One Direction Facts ✰
added by Miraaa
1
Jar of Heart's chapter 1 who do anda think anda are ?
posted by fiestagirl12345
Riley’s P.O.V

I was in the dance room dancing my hati, tengah-tengah out. I was a dancer, singer, model yeah I live a busy life. But if anda were doing this for like since anda were like 5 years old then anda get used to it. So here I am dancing and Singing for a Muzik vide. anda probably think my life is the best but it isn’t . I get bullied at school cause of my sense of fashion. I get loads of hate everywhere. I come utama and live bye-myself. I was doing my Muzik in this out-fit link. I was having a great time. It was like in a ally and I am wearing like jalan hip-hop clothes. My hari ended and I went...
continue reading... 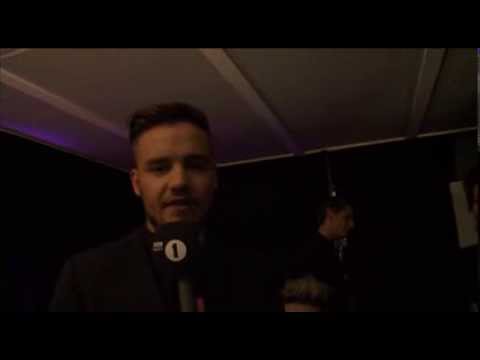 1
One Direction: Liam Payne interviews the rest of the band at the Brit Awards
added by Miraaa
video
One Direction
harry
niall
liam
zayn
louis
♥ 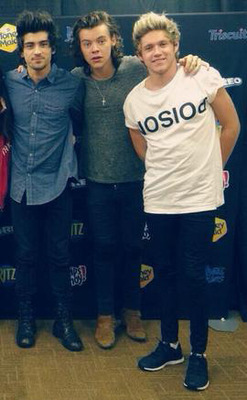 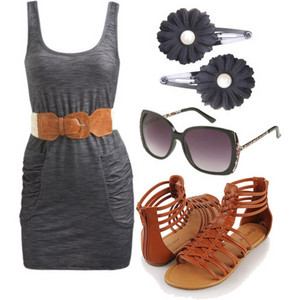 I woke up with the sun light peeking threw the window i opened my eyes and oonly saw blur i rubbed my eyes the started to ajust to the light i picked up my phone from the night stand i turned it on 7:30!! I got dressed (picture) and put my hair in a side braid and ran out the door to my car

Im so sorry boss im late! Its okay angle dont let it happen agian she berkata thank anda thank you!! I ran to the cash regester .

I woke up the seterusnya hari smiling. I got up changed out of my pj’s link. And changed in my out-fit which was comfy link and a good choice it was burning out-side. I hopped in the car and I was off I was driving when I got out Harry texted me link

Me: waz up bro

Harry: nothing just finished one of the songs though louis and the lads berkata hi and zayn of course berkata VAS HAPPENIN!

Me: oh… well I got to go movie practicing

Harry: WOW!! Congrat’s text me the details when u are done.

I walked in and took a big breath I walked in nervously. They smiled and pulled me...
continue reading...
1
Live While Were Young chapter 9
posted by fiestagirl12345
Authors Note: yes I found out how to use the links:

I woke up the sun filling in. hearing the taxi cabs car horns. Yup the daily city noise I woke up getting out of my room: link I went in my bathroom and changed into my out-fit link I walked downstairs and got some cereal. Everyone else was still asleep. I got some pancake batter and bacon, eggs, and made lempeng, penkek wit eggs and bacon. Niall was the first to come running I laughed and he served himself and plopped on the couch. “Harry was talking about you” says Niall popping a bacon in his mouth. “about what?” I say serving...
continue reading...
3
Up all night Part 36
posted by MadisonFontenot
I sat outside on a lawn chair. How could this be possible? How could this happen? How... that's what I want to know.

"You okay?" I heard someone say. I turned around and saw Tiffany. She sat sejak me in a dark brown wooden rocking chair. I swallowed hard, "Yeah..." I mumbled. anda see I was pregnant but, come to find out, the baby died. I don't understand how she atau he could have died in such a young stage. I looked at the pinkish orange sky. It was almost dark out.
"Tell me if anda need anything..." Tiffany sat on the chair for a few lebih saat then left.

I went in the pancuran, pancuran mandian and washed the whip-cream and chocalote off. when i was washing i heard the door open i checked nobody i continued.when the curtain's slowly open "HARRY GET OUT" I yell covering up with the curtain he just stands their laughing. "get out harry please" i say he nods and gets out i blush and continue. when i get done i see my clothes gone. "harry" i think in my head i bungkus, balut myself with the towel and run downstairs beet red. "HARRY GIVE THEM BACK" I yell at him i see him in the room laughing i snatch them and smile and change in my pj's.
More Cards
1234567891011