2
Need a Detective :)
posted by Kyssmig 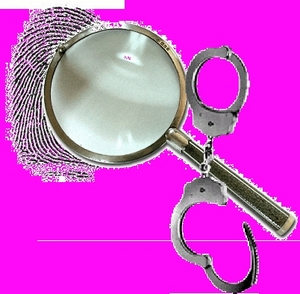 There are five people. One of them shot and killed one of the other five. Which man is the murderer?

1. Dan ran in the NY City marathon yesterday with one of the innocent men.


2. Mike considered being a farmer before he moved to the city.

4. The murderer had his leg amputated last month.

5. Ben met Jack for the first time six months ago.

6. Jack has been in seclusion since the crime.

8. Ben and Jeff built their last computers together.

9. The murderer is Jack's brother. They grew up together in Seattle.


Consider yourself to be a detective....So who is the killer ??
deathding and OkazakiDaisuke like this
dinu12  *Murderer had his leg amputated so it can NOT be Dan. *Jack has been in seclusion so it means he was NOT the one who died. *Murderer is Jack's Bro so it can NOT be ben/jack as he met him 6 months ago for the first time. *Jack and the murdered grew up in Seattle so Mike can NOT be the murderer because he was a farmer. *One of them is the killer,so it is Jeff. JEFF IS THE KILLER
Bvb_Sws_TH_BMTH Three of the people were creepypastas. Jeff The Killer, BEN DRWNED, and laughing Jack/Eyeless Jack
Bvb_Sws_TH_BMTH @dinu12: Oh my god, Jeff The Killer. Oh fuck.
7
100 ways to annoy people
posted by Thecharliejay
100 Ways to Annoy People
1.Get to know a Friends bookie and place bets for them. Insist on keeping half of any money they win.
2.Accuse people of "glue sniffing addictions" in public.
3.Call other people "Champ" atau "Tiger.". Refer to yourself as "Coach."
4.Drum on every available surface.
5.Sing the Batman theme incessantly.
6.Staple papers together in the middle of the page.
7.Ask 1-800 operators for dates.
8.Produce a rental video consisting entirely of dire FBI copy warnings.
9.Sew anti-theft detector strips into people's backpacks.
10.Hide dairy products in inaccessible places.
11.Insist on giving...
continue reading...
2
some things about guys
posted by chattycandy
Guys don't actually look after good-looking girls. They prefer neat and presentable girls.

A guy can like anda for a minute, and then forget anda afterwards.

When a guy says he doesn't understand you, it simply means you're not thinking the way he is.

"Are anda doing something?" atau "Have anda eaten already?" are the first usual soalan a guy asks on the phone just to get out from stammering.

Guys may be flirting around all hari but before they go to sleep, they always think about the girl they truly care about.

When a guy really likes you, he'll disregard all your bad characteristics....
continue reading...
4
Bunch of Rawak facts!
posted by spunkyonyx
If anda have 3 quarters, 4 dimes, and 4 pennies, anda have $1.19. anda also have the largest amount of money in coins without being able to make change for a dollar.

The numbers '172' can be found on the back of the U.S. $5 dollar bill in the bushes at the base of the lincoln Memorial.

President Kennedy was the fastest Rawak speaker in the world with upwards of 350 words per minute.

In the average lifetime, a person will walk the equivalent of 5 times around the equator.

Odontophobia is the fear of teeth.

The 57 on Heinz ketchup bottles represents the number of varieties of pickles the company once...
continue reading...
11
Are anda online too much?
posted by cute20k
Here are the signs:

1. Tech Support calls "YOU" for help.

2. Someone at work tells anda a joke and anda say "LOL".

3. anda watch TV with the closed captioning turned on.

4. anda have called out someone's screen name while making Cinta to your significant other.

5. anda keep begging your Friends to get an account so "we can hang out".

7. You've even gotten on an airplane just to meet some folks face-to- face.

8. anda have to get a 2d phone line just so anda can call pizza Hut.

9. anda go into labour and anda stop to type a special e-mail to let everyone know you're...
continue reading...
7
Click Here for Rawak Entertainment
posted by ThatDarnHippo
Dear Noah, We could've sworn anda berkata the ark wasn't leaving until 5. Sincerely, the Unicorns.

Airlines have banned passengers from taking tweezers on board... Anybody who can hijack a plane using a set of tweezers deserves the freakin plane.

The guy who puts down Anjing at animal shelters must not get alot of women. "And what do anda do for a living?" "...I kill puppies."

Do anda know what happens to 100% of people who eat carrots? THEY DIE.

The worst time to have a hati, tengah-tengah attack is during a game of charades.

You cannot bring sexy back without a receipt.

"Want to play the rape game?"...
continue reading...
2
happyness, happy Petikan
posted by karpach_13
The Constitution only guarantees the American people the right to pursue happiness. anda have to catch it yourself. ~Benjamin Franklin


Even if happiness forgets anda a little bit, never completely forget about it. ~Jacques Prévert


If anda want to be happy, be. ~Leo Tolstoy


Happiness is never stopping to think if anda are. ~Palmer Sondreal


Most people would rather be certain they're miserable, than risk being happy. ~Robert Anthony


The best way to cheer yourself up is to try to cheer somebody else up. ~Mark Twain


If only we'd stop trying to be happy we could have a pretty good time. ~Edith Wharton

2. Learn to properly pronounce the ingredients of a Twinkie. Ask that these be included in the pizza.

3. Use CB lingo where applicable.

5. Terminate the call with, "Remember, we never had this conversation."

6. Tell the order taker a rival pizza place is on the other line and you're going with the lowest bidder. 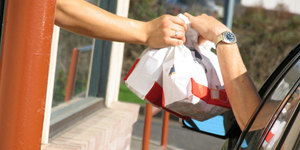 
1. Specify that your drive-thru order is "to go."

2. If anda have a glass eye, tap on it occasionally with your pen while talking to others.

3. Start each meal sejak conspicuously licking all your food, and announce that this is so no one will "swipe your grub."

5. Insist on keeping your car windshield wipers running in all weather conditions "to keep them tuned up."

6. Reply to everything someone says with "that's what anda think."

7. Claim that anda must always wear a bicycle topi keledar as part of your "astronaut training."

8. Follow a few paces behind someone,...
continue reading...
8
123 Ways to Annoy, Harass, Confuse atau Generally Scare Lord Voldemort
posted by emmett
1. Ask him why he 'doesn't have such a cool scar?'

3. Wake him up sejak Singing pantai Boys songs in his ear. 'Round, round, get around, I get around...'

5. Give him kangaroo-ears for a month.

6. Smile during Death Eater meetings and say anda taught him everything he knows.

7. Chew bubblegum all the time. Should he address you, your only response will be a series of huge bubbles in quick succession, the last of which will burst everywhere and make a mess.

9. Ask him when was the last time he took a bath.


1. My mother taught me TO APPRECIATE A JOB WELL DONE .


"If you're going to kill each other, do it outside. I just finished cleaning."

2. My mother taught me RELIGION.


"You better pray that will come out of the carpet."

3. My mother taught me about TIME TRAVEL .


"If anda don't straighten up, I'm going to knock anda into the middle of seterusnya week!"

4. My mother taught me LOGIC.

5. My mother taught me lebih LOGIC .


"If anda fall out of that hayun, swing and break your neck, you're not going to the store with me."

6. My mother taught me FORESIGHT.

patrisha727
14
123 Ways to Annoy, Harass, Confuse atau Generally Scare Lord Voldemort
posted by xneville_rocksx
1. Ask him why he 'doesn't have such a cool scar?'
2. Laugh at him.
3. Wake him up sejak Singing pantai Boys songs in his ear. 'Round, round, get around, I get around...'
4. Knit him things. Really hideous things.
5. Give him kangaroo-ears for a month.
6. Smile during Death Eater meetings and say anda taught him everything he knows.
7. Chew bubblegum all the time. Should he address you, your only response will be a series of huge bubbles in quick succession, the last of which will burst everywhere and make a mess.
8. Dance the Funky Chicken.
9. Ask him when was the last time he took a bath.
10....
continue reading... 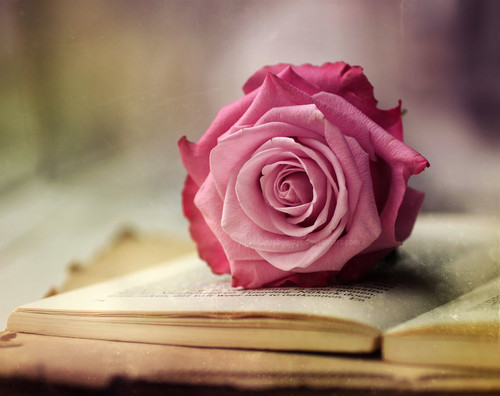 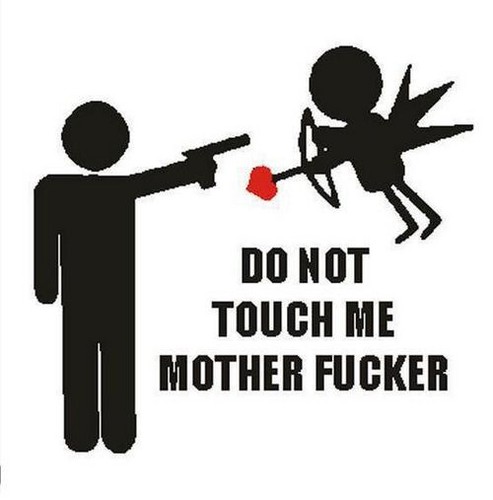 3
Do not touch me!
added by DulceVida 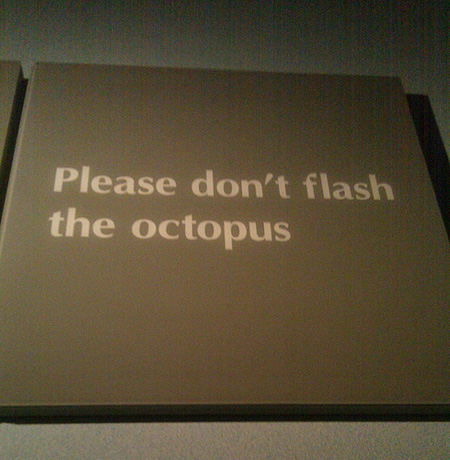 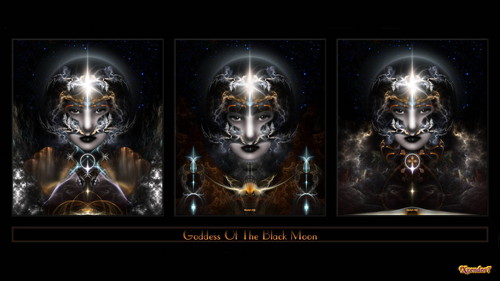 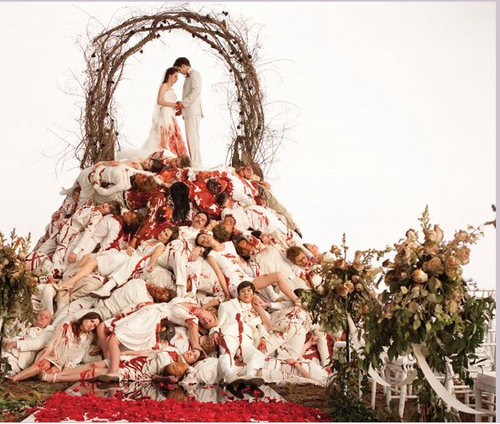 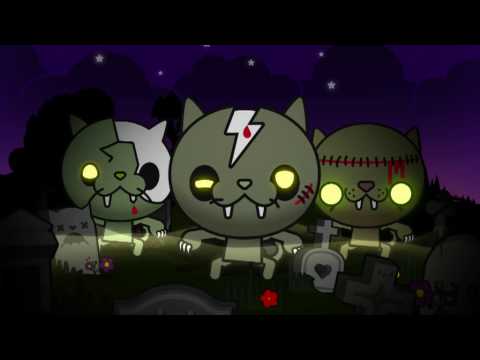