1
VOCALOIDS!: Origins - Chapter 4 (A New Voice, A New Beginning)
posted by anifanfreak
After the celebration had calmed, only Miku and Haku remained conscious enough to actually do anything. Kaito was being dogpiled but didn't seem to mind too much as he was out cold, on bahagian, atas of him laid Len, sprawling his limbs this way and that, opposite Len was Rin who simply had her head resting on Kaito's shoulder, she'd stolen his scarf for warmth.

"So, Haku-san," Miku spoke softly as not to disturb the pile of sleeping Humans just off to the side. "How did your friend come up with all of this amazing technology?"

Haku paused and sighed "He was a true Genius, he developed two vocal programs for English and two for Japanese. Since they're language compatible I was able to replicate them and redesign some things." She looked out the window "He created four human-like robots, two Androids and Two Gynoids, The first two were english-based when it came to speech and the other two were Japanse, these we're the first Vocaloids. They are actually just downstairs, they we're the basis of development for Project VOCALOIDS. Their voices are the ones who gave life. The English two we're known as Leon and Lola. The Japanese pair were called Meiko and Kaito."

"Kaito...?" Miku sputtered, surprised at the coincidence, she glanced over at Kaito with wide eyes just thinking of the chances.

Haku smiled and looked at Kaito, who lay on the floor still peacefully asleep if not strained sejak the 50 some odd kilos of Len encompassing his body. "Yes, Kaito, just like the one we have here. It's quite the coincidence." She looked back at Miku "And there are even lebih Vocaloid Voice Samples, One is Rin and Len, they preform best in tandem, duets are their specialty." Haku berkata with a slight smile as she gazed down at the two.

Miku glanced over at her and giggled, "You look like a mother who's proud of her children."

Haku took this as a surprise, she looked at Miku, bewildered at her observation for a perpecahan, berpecah saat she smiled then she flicked Miku's forehead. "Hey," she berkata with a slightly annoyed tone "Do I really look old enough to have two teenage kids? I'm only 24 anda know."

Miku covered her forehead, rubbing where Haku clipped. "Ow...!" she exclaimed quietly, "Why'd ya go and do that?! I was just saying anda three look like anda could have been a family!"

"Well, we kind of are family at this point." she sighed and looked back up at Miku, with a bit of concern in her eyes. "Hey, are anda sure that anda four will be alright for tomorrow? Isn't it a school hari tomorrow?"

Miku smiled happily as she harumphed confidently with her hands on her hips "Luckily, today is the first hari of our summer break!"

Haku chuckled a bit, leaving her hand over her mouth to muffle the sound. "That's quite convenient huh?"

The two girls gabbed for a while lebih before retiring to bed. Once dawn broke Kaito awoke to the sunlight beaming onto his face from the open window that let in the warm summer draft that swept through.

"Huh? Where am I? Wait..." He paused and took a saat to look at his surroundings. "Oh, God, did we end up spending the night?" he berkata with a groan, he hung his head as if he were disappointed in himself.

Haku had already started on the breakfast, and the booze. She looked back at Kaito and smiled slightly "You're the first one up, those twins won't wake up for the apocalypse and your friend Miku was really tired, she just got down about two hours ago. She talked about anda a lot last night anda know. anda seems to have been taking good care of her over the years."

He was taken aback sejak her sudden brashness. "Oh, yeah, well, we've been Friends since we were kids so of course I'd take care of her, besides she couldn't take care of herself if her life depended on it. She's seriously hopeless." He chuckled as he glanced at her, still peacefully asleep in the recliner in the corner.

She guffawed at his blunt answer, her slick silver hair swinging from side to side with a slight bounce to it. "Well, ain't that the truth. Still, she's grateful to you, I hope anda know that, Kaito-kun."

After the other three woke they left Haku's place, thanking her for her hospitality, at this point Haku was already drunk to the point any wits she has was unnoticeable. At the park where they had met Kaito and Miku parted ways with the twins, they both returned to Kaito's utama where they decided to relax. Before long they'd texted everyone who would have worried about the two, Luka had already replied that she was on her way to Kaito's house and nothing they could say atau do would prevent her from checking up on Miku. Kaito and Miku could only laugh halfheartedly with each other at the fact.

Once Luka had arrived it was lunchtime and Kaito was the one shoved into the dapur to prepare a meal since the girls were too lazy to leave the house to eat out. Even though he was reluctant he eventually caved in because both girls begged using their obvious visual charm to woo him into doing it for them.

He sighed, hanging his head defeated "Why is it always me...?" he muttered under his breath to himself. "Just... Why...?"

"Cause neither of us can cook dummy, only anda can, we'd probably just set api, kebakaran to something!" Luka shouted from Kaito's room as if she could read his mind form the other room.

"Yeah, yeah! I got it!" He shouted back with a hint of disdain in his voice. He growled and gripped the cooking chopsticks. "Honestly! That woman!" He thought to himself.

All of a sudden as if from nowhere someone started singing, it seemed too close to have been his TV so Kaito decided to investigate while the pan simmered, he covered it and removed his apron. He walked into his room and noticed that it was Miku that was singing, she was Membaca a Manga casually with her earbuds in, she hadn't noticed that the other two were staring at her. Luka, just as surprised as Kaito had left her jaw to hang down to the floor. They just looked at each other in awe, then back at Miku, then back at each other to pasti that they were hearing and seeing this voice come from "The Girl Who Can't Sing".

"M-Miku? Hey." Luka stammered, poking Miku to get her attention. "Your Singing just now. It was. Good... GREAT even. Wh-What happened that anda can sing like that, although it sounds somewhat mechanic, artificial atau something that wasn't your normal Singing voice!" She exclaimed still awestruck sejak Miku's new voice.

"Yeah, seriously. What did happen?"

Miku pulled out her earbuds and smiled, she cocked her head to one side and put a finger to her mouth. "It's. A. Se-cret!"

Luka gazed at the new Miku, she looked towards Kaito but he was shaking his head. She sighed in defeat.

"Okay okay" she mumbled beneath her breath. "Don't tell me, that's fine, but disappearing for the whole hari isn't something anda can just explain away! What happened to you?! anda ran out of class and anda didn't return for the rest of the day!" she began to ramble explaining how worried she was about Kaito and Miku as if she were an overprotective older sister.

Miku just smiled as Luka scolded and scolded her, simply enjoying Luka's presence as Kaito shook his head in disbelief in Miku's nonchalant attitude towards the bombardment of worry and anger coming from Luka. 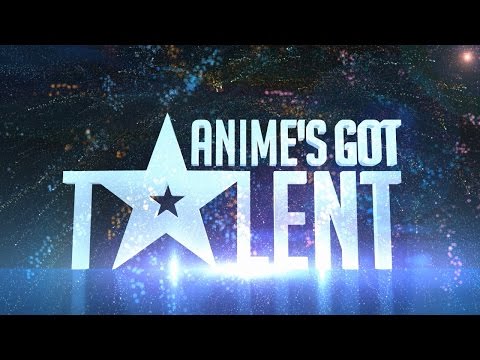 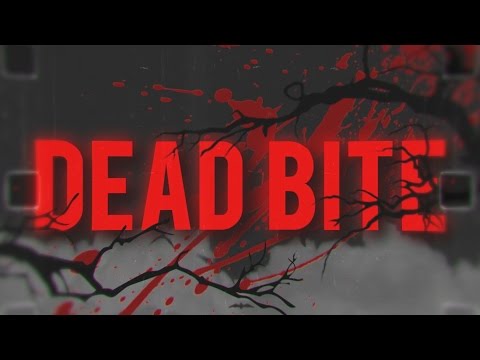 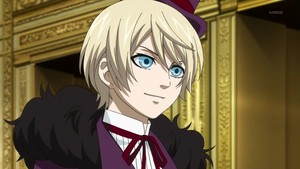 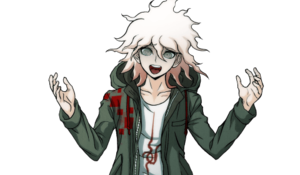 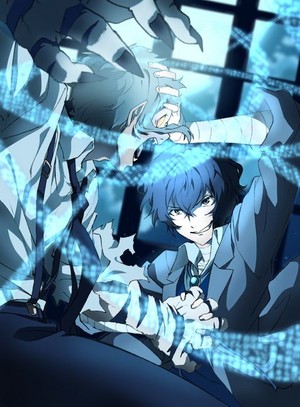 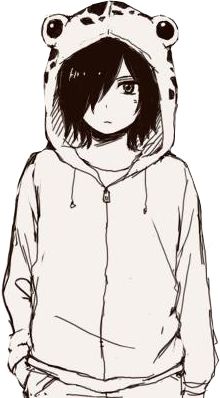 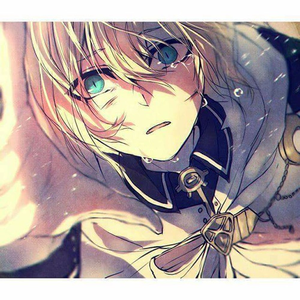 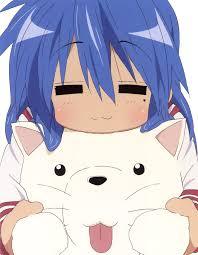 Konata Izumi!
Lucky bintang is one of those anime's that fit in the school category as the characters are Konata Izumi, Kagami Hiiragi, Tsukasa Hiiragi and Miyuki Takara, these characters are the main characters but mostly Konata Izumi is the main character in my opinion, these girls go through high school as Friends sadly Kagami was in separate classes then her Friends but this was the best Anime I ever seen so far anyways Konata was the Anime freak out of the Friends she loved cosplaying and Manga also playing dating sims, Miyuki is the calm one out of everyone she wears glasses due to she hates anything to close to her eyes like contacts atau water, Kagami is well a girl that is mostly serious and of course does her homework (( I never do mine half of the time :P )) anyways last but not least Tsukasa she is the twin sister of Kagami she is like Konata cause she copies off her sisters homework and she falls asleep when ever studying anyways this is my review I recommend to see it. 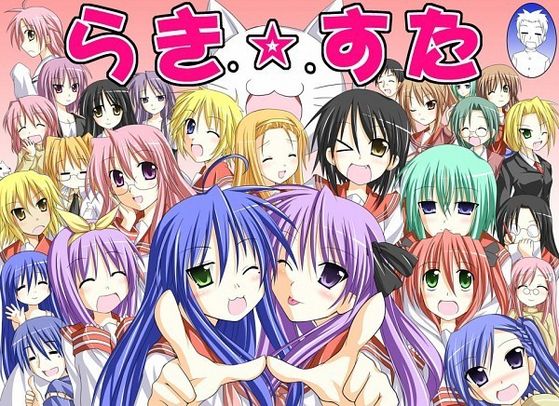 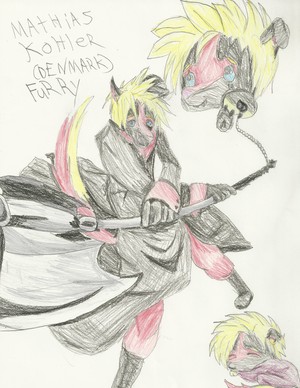 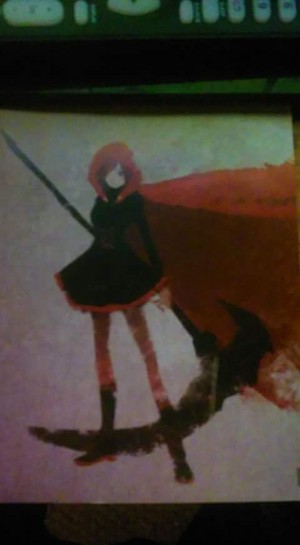 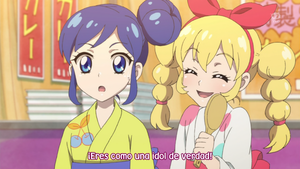 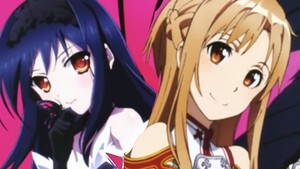 1
Accel World
added by NagisaFurukawa-
5
Theres going to be a 3rd season of SAO!!!
posted by TheAnimeQueen 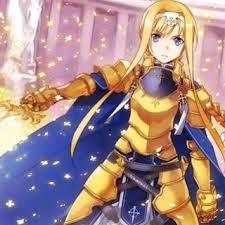 Alice (In Full Armor)
Theres going to be a 3rd season coming out early seterusnya year!

The new main characters are Alice (girl) and Eugeo (guy).

I hope it's good!

They also berkata they might even make a season 4!

Let's all keep updated in this! 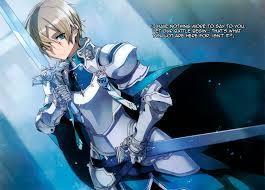 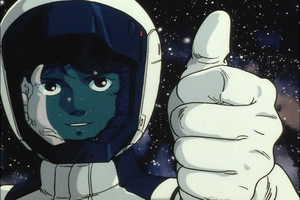 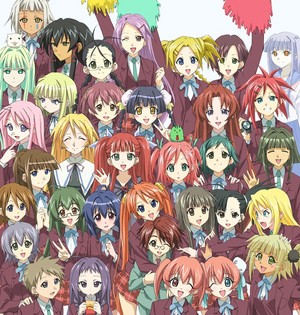 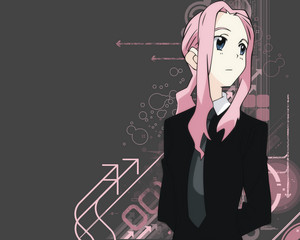