36
senarai of Barbie Filem songs
posted by cynti19
Some of songs are from the movie while the rests are from soundtrack but they are still related in Barbie Movies.

Barbie in The Nutcracker (2001)
"Anything is possible."

Barbie as Rapunzel (2002)
"Love and imagination can change the world."


Barbie:...
continue reading...
6
My kegemaran Barbie Filem Couple
posted by Lena_t
Now this artikel is about the couples that make us fall in Cinta with them. And again, after the picks I made, I write an artikel in your opinion about these romantic couples. I hope that anda like this article. Sorry again if I have errors in my grammar.

When I first watch Fairy Secrets I thought: “Oh! This guy absolutely spineless creature!” And my mind was same when I watched Fashion Fairytale. Why always Barbie do something for their relationship? I’m wonder.
If on the beginning of the movie there wasn’t that this boy called Ken I probably though that they just...
continue reading...
16
"Two Voices, One Song" Lyrics
posted by DifferentFree
The "Two Voices, One Song" Lyrics from the newest musical, Barbie and the Diamond Castle.

It's so rare to find a friend like you
Somehow when you're around, the sky is always blue
The way we talk, the things anda say
The way anda make it all ok
And how anda know, all of my jokes, but anda laugh anyway!

Chorus:
If I could wish for one thing, I'd take the smile that anda bring
wherever anda go in this world I'll come along!
Together we dream the same dream.
Forever I'm here for you, you're here for me.
Oh ooh oh
Two Voices, One Song

Bridge:
And anywhere anda are,
anda know I'll be around.
And when anda call my name,
I'll listen for the sound!

Chorus:
If I could wish for one thing, I'd take the smile that anda bring.
Wherever anda go in this world, I'll come along!
Together we dream the same dream.
Forever I'm here for you,
you're here for me.
Oh ooh oh.
Two voices, one song.
Oh ooh oh.
Two voices, one song…
4
Characters of Princess Power
posted by Kendall244
Baron Von Ravendale: King Kristoff's trusted advisor. He secretly wants to take over the takhta and creates a magic potion to do so.


Corrine: Princess Kara's Cousin. She is jelous of Kara and dreams of being a princess, too.

Newton and...
continue reading...
2
I Want It All Lyrics
posted by Asabala2
There's nothing that's lebih tragic
Than a princess without magic
And so I must take what I need from you

It may seem an imposition
But, hello, I'm on a mission!
There's no one who can stop me
And there's nothing anda can do!

I want it all!
I want it now!
Don't tell me no
Just tell me how!
Y'see this crown?
It means bow down!
What I want is really very small
I want it all! (spoken) That's all!

Getting lebih magical every day
And totally taking my breath away (Ahh... Yeah.)
I know that you're gonna feel okay
Because it's better for me!

I want it all!
I want it now!
Don't make it small
Just make it wow!
Life has its games...
continue reading...
Barbie Filem Morals & Petikan
posted by shafiqua
1. Barbie in The Nutcracker (2001)

"Love and imagination can change the world."

"There is always hope."

"Trust your true self."

"There’s a difference only anda can make."

Rowena.
10. Rowena (12 Dancing Princesses)
I think Rowena is quite pretty. It kinda relates to the Evil Queen in Snow White and the Seven Dwarves. If Rowena had better hair and wardrobe, she'd be soo pretty.

I Cinta Lydia's sharp angles. Her makeup is a little out there, but I Cinta her wardrobe also.

If she wasn't so plain, she'd be a lot prettier. Her wardrobe is very bland though.

I cannot stand Raquelle, but she's kinda pretty. I think her lips are little too disproportionate...
continue reading...
8
senarai of all Barbie Filem
posted by cutemimi25

Full Story
The film opens with Madame Natasha overseeing the dancers's warm-up session, and critiquing the children's number. Kristyn and Hailey are backstage talking when Tara and Dillon perform their Pas de Deux. Kristyn's solo begins and she dances flawlessly, but soon the Muzik overtakes her and she begins to improvise new choreography. Madame Natasha chastises her, causing Kristyn to fall and rip her shoes, and warns her not to deviate when the international ballet scouts come. Kristyn and Hailey leave to get a new pair of shoes, while Tara's father tries to convince Madame to let his daughter...
continue reading...
5
Barbie Filem Scene Index
posted by RavenVillanueva
Princess Charm School:

“Love and imagination can change the world.”

“There is always hope.”

“Trust your true self.” 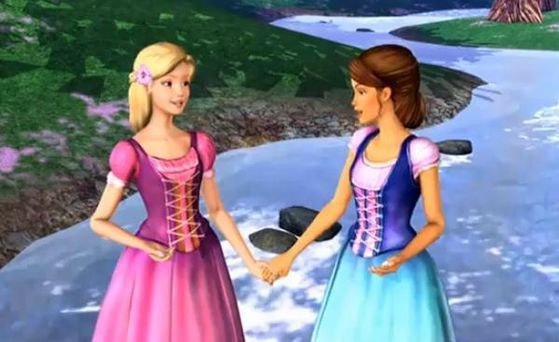 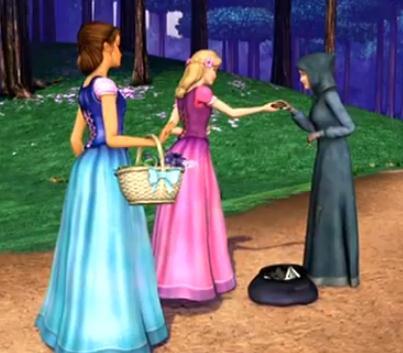 Strength: brave, caring, optimistic, clever, never gives up, contented
The two best Friends Liana and Alexa live happily together as bunga gardeners. Though having a hard life and little money, Liana doesn't complain. She smilingly prepares her "bread and jam" meal, and generously gives her share to the poor peddler. She always hopes for a better...
continue reading...
14
The Characters of Barbie Heroines (Part 1: Clara to Erika)
posted by LightningRed
I'm going to senarai the strengths and weaknesses of each Barbie heroine. I'm not including the "real" Barbie, such as Barbie in Barbie Diaries, Fashion Fairytale, Fairy Secret, atau Perfect Krismas (I really can't say anything about her). I will have only 5 heroines in one article. This part starts with Clara and ends with Erika, but don't worry, because I'll continue with Part 2 which starts with Elina. 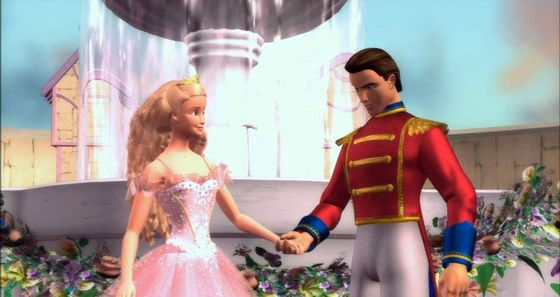 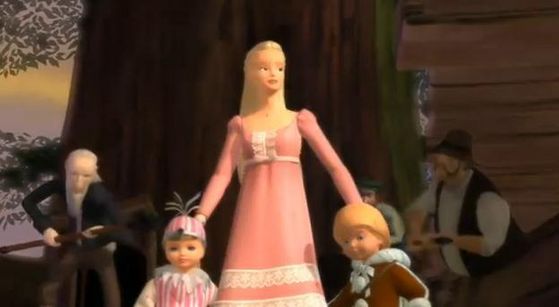 Barbie as the Princess and the Pauper --> Barbie Coeur de Princesse

1. Princess Genevieve is logical, she easily figured out Rowena wasn't right. She could have done so Preminger too.

2. At the beginning of the movie, Queen Genevieve and the king were shown. The king's appearance was no where near Derek's.

3. When the kingdom had gone bankrupt, she could have asked for help from her sisters, as atleast some of them must have married kings.

5. Their hair Warna don't make sense. The queen's hair should have been lighter than the Princess' as she was older

2
My review of Barbie as Rapunzel
posted by yellow_frog 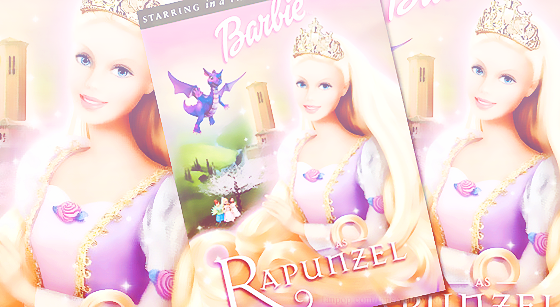 I remember how happy I was when I found out The Nutcracker is not the only Barbie movie, that there will be a lot of them. As a kid, I of course knew Rapunzel story, but I don't think I ever saw any movie adaptation of it until my mom bough me Barbie version. To this day, I still think it's probably the best adaptation of this fairytale. But was the saat Barbie movie as good as the first one for me? Well, time for review. The cover for Rapunzel movie is simple, but once again, it has a very classic feeling. I Cinta Rapunzel's picture on it and while I don't think it's as amazing looking...
continue reading...
1
Barbie dress trends- Part one.
posted by redsamurai
Barbie Filem are really famous for the dresses. So I thought I could review the fashion trends.
Barbie & the Nutcracker- Barbie of angsa, swan Lake- the fairytale era:
The main color was pink, the color of the first Barbie outfit- Clara’s party outfit. Although it looked like a purple one, it had shades of pink, atau was completely pink. It is because the dress was shown the dark. merah jambu has been a Barbie symbol. The females in this movie, are shown wearing gowns. Gowns were the most fashionable and most popular Barbie outfits at the time, between these three movies- and all of Rapunzel’s dresses...
continue reading...
More Cards
1234567891011