Me, Myself, and I

Here I am, sitting in the private dungeon of the notorious Bellatrix Lestrange, most feared follower of the Dark Lord, and having a completely normal interview. Read on to see if there’s lebih to Bellatrix than just madness and a nasty reputation!

RS: Do anda mind if I use a quick-quotes quill?

RS: How would anda describe your relationship with the man known as Lord Voldemort

BL: I am his most loyal follower! I, who spent years in Azkaban for him!

RS: Riiiiight, I’m sure that was a real big help, now-

RS: uh, no, of course not, now, what would anda say is your kegemaran spell?

BL: It’s so much fun to cause innocent people pain! HAHAHA! And I give filthy mudbloods and half-bloods what they deserve. *cackles evilly* I also like Avada Kedavra, but not as much since it doesn’t actually cause people insufferable pain, *Cackles again*.

RS: *uncomfortably* Right, er, moving on, how do anda feel before going out on missions for the Dark Lord? Uncomfortable? Excited? Guilty?

*Bellatrix leans ke hadapan and looks at my Penulisan pad*

BL: I CAN be nice! Like if someone begs me to kill them it’s not like I ignore that altogether reasonable request!

RS: Okay, moving on again, what are your main goals in life?

BL: To torture as many innocent people as possible, especially filthy mudbloods, kill muggles, do the Dark Lords bidding, make out with the Dark Lor-er, nothing

RS: Mmmhmm, very interesting, now, how do anda feel about the way J.K. Rowling has written about anda in the Harry Potter Books? Do anda feel she has done anda justice?

BL: I HATE THE STUPID TITLE! The series should be called something lebih like “The Dark Lords quest for blood purification and the filthy half-blood idiot who stood in his way and eventually died a painful death”

RS: Hmmm, and how do anda feel about your death at the hands of Molly Weasley?

BL: DO NOT SPEAK OF IT! THAT STUPID HALF-BLOOD-FILTHY-BLOOD-TRAITOR-FAT-UNTALENTED-SEVEN-KIDS-UGLY-HOUSEWITCH DID NOT DESERVE TO KILL ME! THE DARK LORD MOST LOYAL FOLLOWER! I COULD DEFEAT HER WITH MY WAND TIED BEHIND MY BACK! I WILL HAVE JUSTICE!! CRUCIO! CRUCIO! CRUCIO! AVADA KEDAVRA!

*As I was running for my life, I was forced to conclude my highly informative interview with Bellatrix Lestrange*

ginamason, bellatrixgal and 3 others like this
BellaLovett LOVE THE ARTICLE **laughs**
tellymaster HAHA!! I loved the ending especially!
BellatrixCissy The sad part is i can see her trying to kill someone who attempted to talk to her
nany5755 lol!!
HouseofNightRox That was so funny!!!
willandemma4eva That was so funny.
Perfidia It's wonderful!! Great work!!! 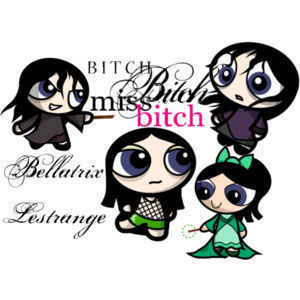 Bellatrix according to Molly Weasley
added by KateKicksAss 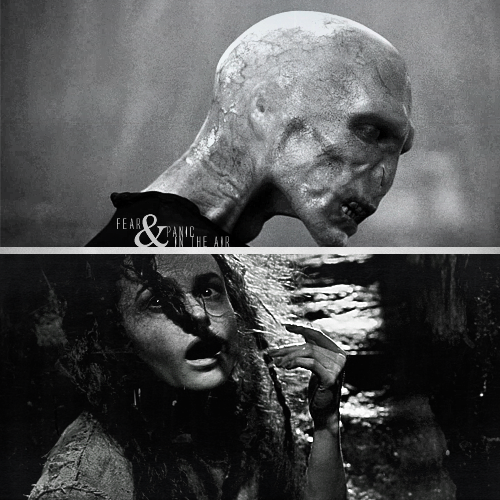 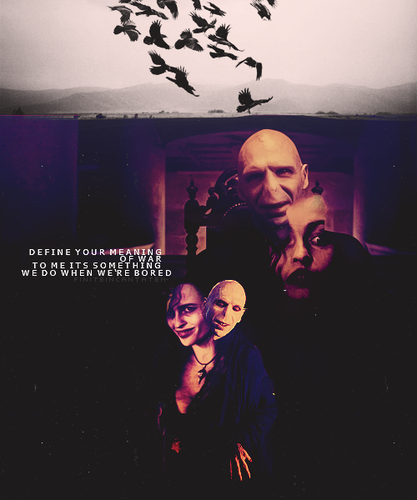 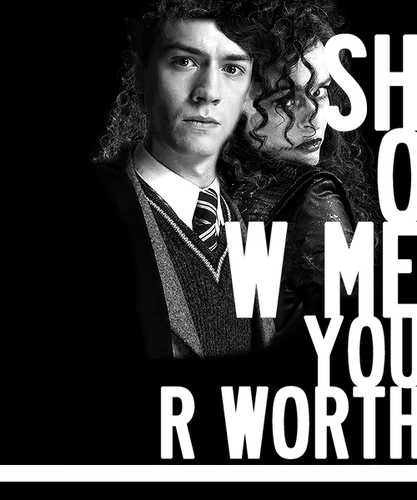 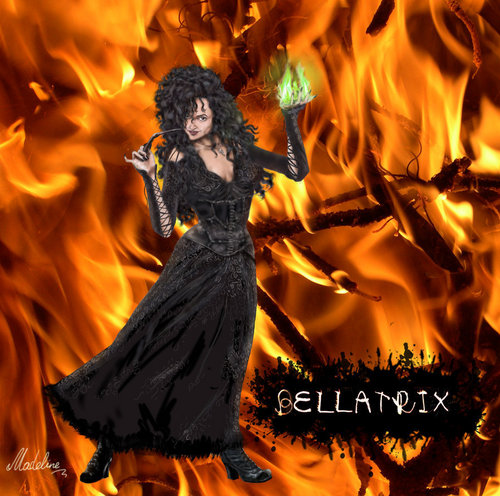 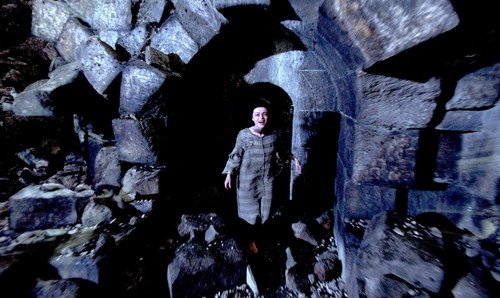 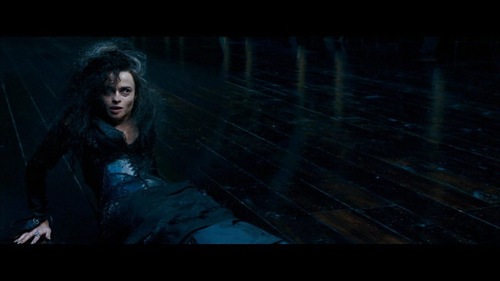 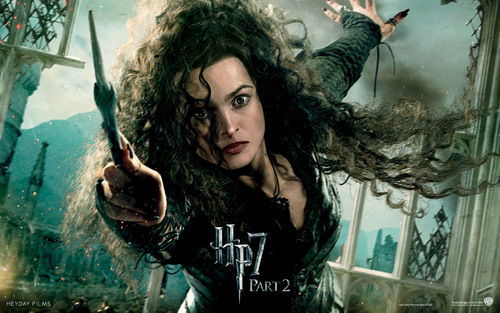 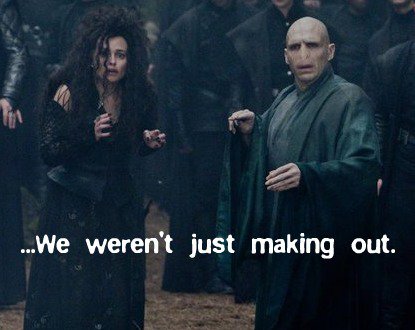 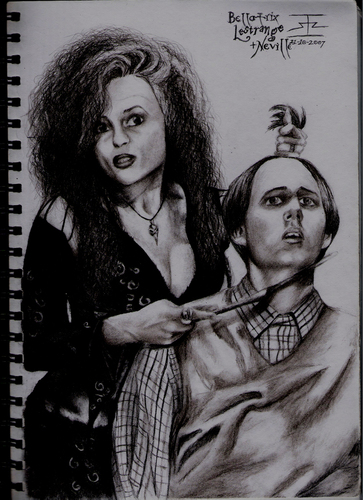 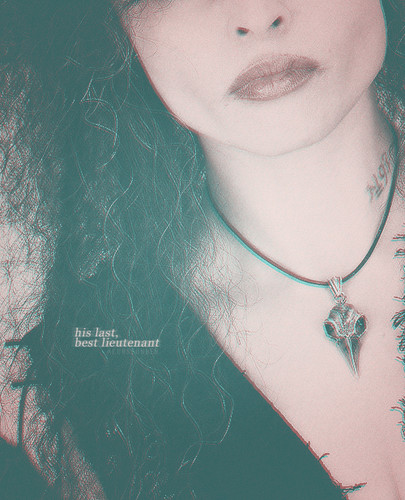 3
Bellatrix - So what
added by zanhar1
video 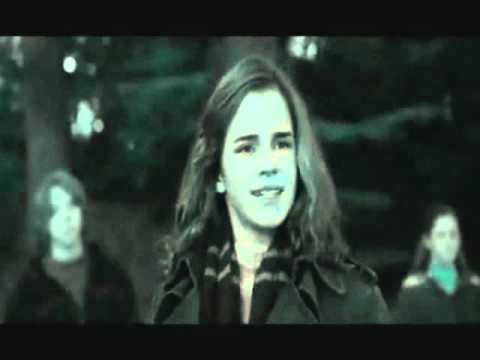 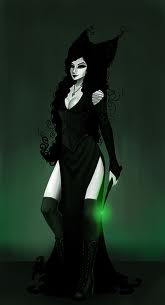 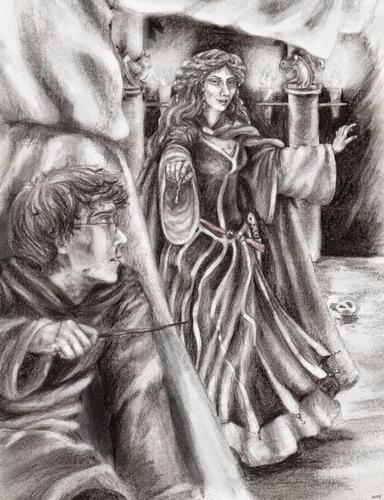