On some nights, The Union Pacific has mail trains running from Cheyenne. One goes to Denver, and the other goes to North Platte Nebraska.

Stylo's train only needs one pony, because it's pulled sejak two diesels. Two diesels are needed, because the train is too heavy for only one.

On the mail train heading for Denver

But for Stylo, it was nowhere near fun. He had to wait at North Platte for another train to bring the mail from St. Foalis.

Engineer: *stops train at station* Sorry I'm late. The bot delivering the mail to my train was delayed, and it made me late.
Porters: That's alright, let's load the mail onto the train quickly. *Loading mail onto train*
Stylo: Finally, they're memuatkan my train. I had to wait for six hours!
Porter 5: Stylo, come help us.
Stylo: Why me? Who's going to drive the train when all the mail gets loaded?
Porter 5: Good point. My mistake. *Goes back to mail*

sejak the time Stylo brought the mail into Cheyenne it was 7 in the morning. The work hari had already begun.

Stylo: *Climbs out of locomotive, and is very tired*
Percy: Good morning Stylo. You're up early.
Stylo: No, you're wrong. I stayed up late, because of a foul up in St. Foalis.
Pete: *Arrives* What happened?
Stylo: Didn't they tell you? My train was delayed for six hours.
Pete: How did it happen?
Stylo: The bot bringing the mail to St. Foalis was delayed, and it made the train bringing the mail to me late.
Pete: Alright, take the hari off, and get some rest. anda can come back tomorrow.
Stylo: Thank you. *Leaves station, and goes to parking lot*

Stylo was trying to find his car so that he could leave, but he saw somepony with a helicopter coming towards the station.

Stylo: Wait a minute. What?
Pilot: *Lands sejak train tracks*
Railroad Police: What are anda doing here?
Pilot: Mail run. We're here to take all your mail, and get it to Denver.
Stylo: *Arrives* What's going on?
Railroad Police: Stylo, thank goodness it's you. This kuda, kuda kecil thinks he can fly in here with a helicopter, and steal our mail.
Stylo: What thinks anda can do that?
Pilot: Because I was told to. Nowadays, anda need a vehicle that can fly, and is very reliable, like a helicopter, atau an airplane, atau something that's not a train.
Stylo: I can't believe this shit. *Leaving*
Pete: *Arrives* What in the mother of fuck is happening?
Stylo: See for yourself.
Pete: *Walks up to pilot* What are anda doing?
Pilot: Taking your mail.
Pete: For what reason?
Pilot: Because I was told to sejak the mail company at Denver. After what happened with the delay from North Platte, the mail company wants the mail to be delivered sejak helicopter.
Pete: Yeah, like that would work out.
Pilot: It actually does. Now hurry up, and get my mail.

So the mail train was brought closer to the helicopter.

Workers: *Loading mail onto helicopter*
Pilot: And now, I am going to finish the job anda could never finish. *Flies away*
Railroad Police: It's just like what Stylo said. I can't believe this is happening.
Pete: anda should have arrested him.
Railroad Police: For what reason? He wasn't breaking the law. atau maybe he was, *Checks book of railroad safety laws* Yeah, he broke the law.
Pilot: *Continues flying to Denver*
Jeff: *Sees helicopter* What in the wide world of Equestria would a helicopter be doing here?
Pilot: *Accidentally drops some mail*
Jeff: *Sees falling mail* Hm, that's strange. *Takes mail* Why would that helicopter be taking the mail that we were going to take to Denver? I better tunjuk this to Pete.

Pete: So anda saw this fall out of the helicopter when it was heading to Denver?
Jeff: Yeah.
Pete: Wait a minute. If you're here, who's doing your work on that track?
Jeff: Umm....

Meanwhile on the track that Jeff forgot to fix.

Jeff: Percy.
Pete: Ah, good. I knew I could rely on that pegasus.
Jeff: Right. Well, I have to get back to work. *Leaves*

seterusnya day, at 7:30 PM, it was time for the mail trains to take off again.

Hawkeye: anda know what would be great?
Metal Gloss: What?
Hawkeye: If somepony was filming us in the train.
Metal Gloss: Yeah, that would be cool.
Stylo: *Arrives*
Hawkeye: Stylo, we got a problem. Pete says that the mail ponies aren't happy with anda being late.
Stylo: But that wasn't even my fault!
Hawkeye: I know, and so does Pete, but the mail ponies won't listen.
Pilot: *Lands helicopter* Hey, remember me? I was here yesterday morning, but I'm not here to steal your mail, I have something to tell you. The mail could be delivered sejak helicopter soon anda know. Perhaps anda should quit your jobs, and sertai me. We could fly helicopters together, they work wonders anda know.
Hawkeye: Fuck you.
Pilot: *Takes off*
Stylo: So now what?
Hawkeye: Now, we drive as fast as possible. Don't stop unless there's a red signal, atau if your engine is low on fuel.
Stylo: Got it.

The mail trains ran like clock work, but Stylo had to stop at a station.

Stylo: What's the matter?
Station Master: There's a kuda, kuda kecil that needs a ride to North Platte. Please get him there.
Stylo: Sure.
Rawak Pony: *Climbs in* Thank anda very much.
Stylo: Not a problem. *Drives train*

seterusnya morning, Stylo was taking a freight to Denver, but had to stop at a red signal. An airfield was nearby, and the pilot was standing near the fence.

Stylo: Hello.
Pilot: Hi.
Stylo: What's the matter with you? Why aren't your flying your "wonderful" helicopter?
Pilot: The wind is too strong. I've been grounded.
Stylo: I'll tell anda what, anda should quit your job as a pilot, and we could drive trains together. They work wonders anda know.
Signal Pony: *Turns signal green*
Stylo: Good bye. *Drives away*

When Stylo returned to Cheyenne, there was good news.

Pete: I got a newspaper from North Platte, and there's an artikel from the kuda, kuda kecil that anda got to North Platte.
Stylo: What does it say?
Pete: It says that we've telah diberi a very comfortable ride to this stallion, and the mail trains are the pride of our line.
Stylo: Yes! 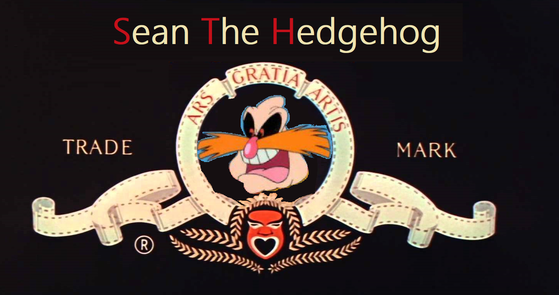 Robotnik: Pingas!
Crazy Times 2 Part 17
posted by Canada24
"You the ones interested in the car?" Gracy asked, standing seterusnya her pink, roofless car.

That's us... Mind if we take it for test drive" Dash replied, having Niko seterusnya to her for backup.

"No?" Niko and Dash both said, a bit embaressed.

AFTER SAFELY LEAVING WHERE THE ITALIAN MOB CAN SEE THEM:

Dash: (in drivers seat) Right.. (turns the car to selamat, peti deposit keselamatan house)....
continue reading...
bahagian, atas eight most BADASS anti-heroes
posted by Canada24
#1: THE PUNISHER:
The Punisher (Frank Castle) is perhaps one of the best examples of an anti-hero - created and owned sejak Marvel Comics this vigilante is both a protagonist (with his own series and film franchise) and antagonist. He has also allied himself with the Thunderbolts.

Frank istana, castle was once a decorated U.S. Marine with a happy life and family, until one fateful and tragic hari when he and his family accidentally stumbled upon a gang lynching in a park. His wife and children were gunned down and he was left for dead. Horribly scarred for life, istana, castle swore to "punish" all criminals in...
continue reading... 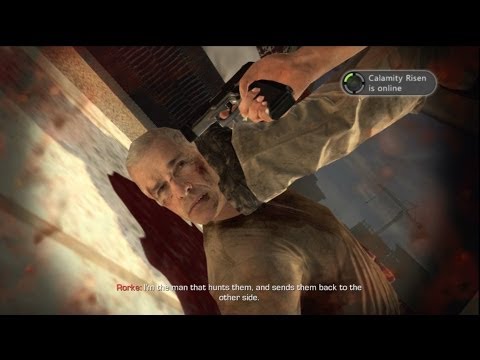 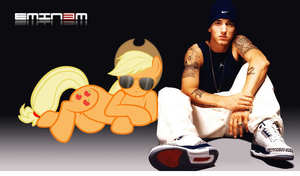 1
i made this and i regret nothing xD
added by Dreamtime
Source: me 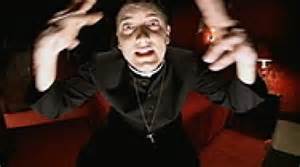 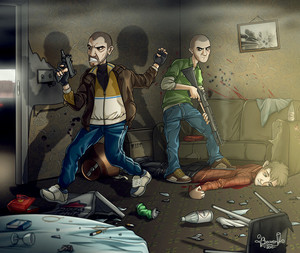 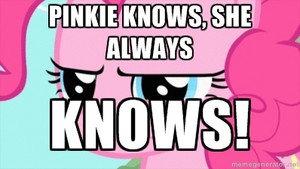 Something I made from boredom
added by Canada24 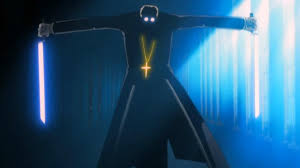 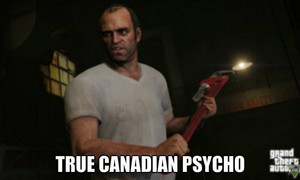 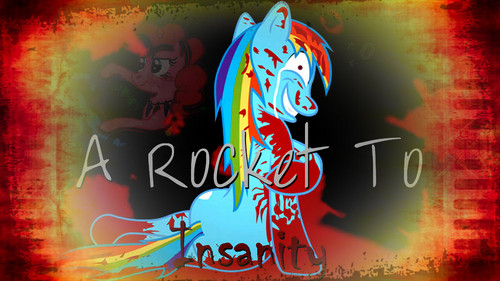 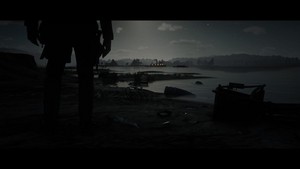 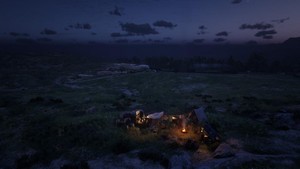 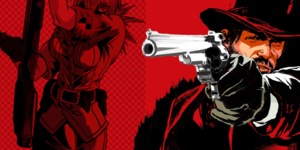 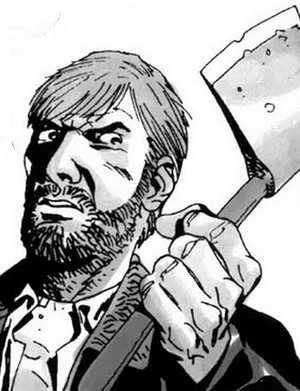 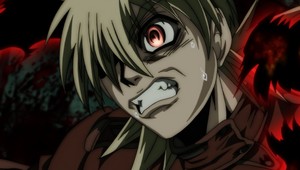 I swear to god, this movie is just depressing as hell.. Not scary.. And Ellen (Martins wife) believew the yu, ikan jerung was WAITING for Sean.. It came for him because of what Martin did to his buddies.. 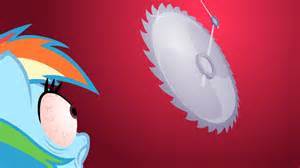 1
I found this image after googling "Canada24 fanpop".. The imej are awesome
added by Canada24 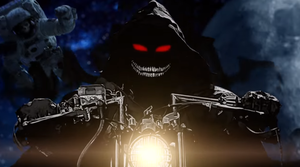 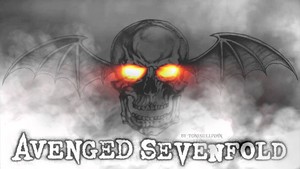 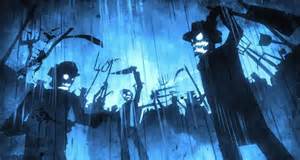