3
The Host Chapter 2 part 1
posted by HaleyDewit
Morning came and Jeremy lay on his bed, staring at the ceiling. He hadn’t slept at all. Not that he hadn’t tried, but every time he just closed his eyes something happened. His katil would start shaking, the windows collapsed and let’s not forget the strange noises he had heard. He knew what it was, but that didn’t make it any less scary. At some point Anna and Vicky had to understand he had to sleep. He couldn’t stay awake forever. Though the girls did a very good attempt to postpone bedtime as long as possible. He got out of katil and went downstairs, finding Alaric all dressed up, but Elena was absent. “Good morning, Jeremy” Alaric said. “Hi” Jeremy berkata and he sank down on a chair. “Where’s Elena?” he asked as he shoved the roti to him. “She’s at Stefan’s house” Alaric said. Jeremy raised his eyebrows. “Stefan’s house, huh? So, she’s with Damon. Did she spent the night there?” “Well, yeah, but Katherine’s there, too. And there are plenty of rooms there. And don’t forget Elena is still Stefan’s girlfriend and Damon knows that” Alaric berkata feeling uneasy. Though Jeremy still wasn’t convinced he shut up about it. “I’m going to see Bonnie. I have to talk to her” Alaric looked up. “Something important?” he asked trying to sound casual. “Maybe” Jeremy berkata avoiding. He didn’t want to many people to get involved into this. He couldn’t lose anyone else. And Alaric was in no position to help. “Bonnie is the only one that can help me” he decided.
RedHood591, TheExcorcist and 1 other like this 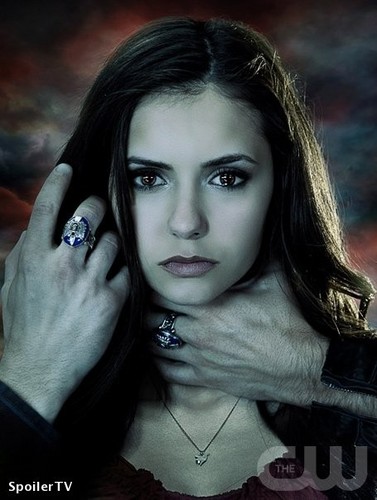 12
promo pictures
added by skatethebest
1
The Darkest Side Of Me ch.1
posted by yasmeen40
The Darkest Side of Me
originally Written sejak : SuchALittleMonster
on FanFiction.net
Something was definitely wrong. Everything was dark. Pitch black...

I slowly rolled onto my side and reached for my phone. Nothing. I always keep my phone on the nightstand seterusnya to my bed. Odd...

Sighing in frustration, I slowly sat up, groggy and irritated my eyes had not adjusted to my dark room yet.

I flung my legs over the side of the katil and blinked a couple times, rubbing the sleep out of my eyes. How long have I been out? Oh, goody a pounding headache to add to the list, just want I need.

Aquarius and Temperament:
Aquarius tend to be rebels just for the sake of having their own way. Their stubbornness sometimes causes their failure, they will continue...
continue reading...
11
LJ Smith officially ships Bamon -read this and i think u will agree that she ships them-
posted by inuyashagirl82
Someone tweeted this. apparently a bamon peminat emailed her saying why BD belong together. I dont know what the e-mel berkata exactly. but her response solidifies that she truely ships Bamon. So if she ships Bamon how can DE even really have a shot at Endgame. she says she doesnt know endgame but if she is pro bamon why wouldnt she make them endgame.

after Membaca your email, I feel like sending for a priest and getting those two married right away: Bonnie and Damon, anda certainly make a compelling case, and I think anda will enjoy Midnight, in which Bonnie and Damon travel alone together to the Dark...
continue reading...
86
'9 Crimes' - Nine Arguments Against DE That Don't Make Sense
posted by delenasalvatore
I'm sure you're aware that there are many arguments against Delena; why they shouldn't be together, why it wouldn't work out, why Elena will choose Stefan in the end. These arguments have been bothering me for a long time, especially when I realised that there was no factual basis to back them up, relying instead on what would probably happen. I came up with nine jawapan to the nine arguments I thought were commonly used. They are all arguments I've heard used sejak people, I did not make them up. If anda Cinta SE and BD and are here sejak some accident (I know it can happen), atau if anda don't ship...
continue reading...
56
50 reasons why Damon&Elena belong together.
posted by chairbuck12
Was made on the CW Lounge before it was taking over sejak Bamon fans!
----

1. Elena brings out Damon's humanity
2. Elena is the ONLY female main character who hasn't been bitten sejak Damon yet.
3. In the saat episode, Damon says that he can clearly see why Stefan is so smitten with Elena....because of course, Damon is smitten with Elena himself.
4. Damon needs someone sweet like Elena in his life to heal his broken heart.
5. Damon kisses Elena's hand when she goes to leave.
6. Elena saves Damon, and is clearly scared for him.
7. Damon is so gentle towards Elena, especially in the episode when he strokes...
continue reading...
13
Elena and Damon pancuran, pancuran mandian Scene
posted by Delenafan2

Elena and Damon pancuran, pancuran mandian Scene
This story has some adult content to it which I’ll have to say it’s rated MA for some content.


The house was quiet when Elena came in. She wanted desperately to talk to Damon about their Ciuman last night.

“Damon? Are anda here?”, she called out. Hearing no response she headed upstairs towards his bedroom.

“Damon?” she berkata before entering his room. She heard water running in the bathroom. Was he in the shower? She grimaced hoping to not find him in there with Andie. Her curiosity eating away...
continue reading... 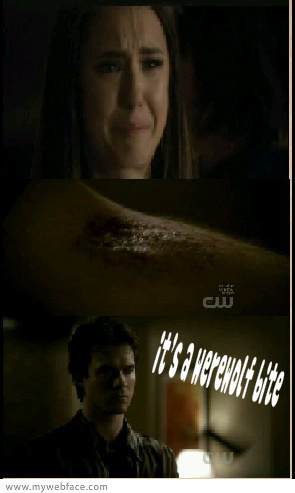 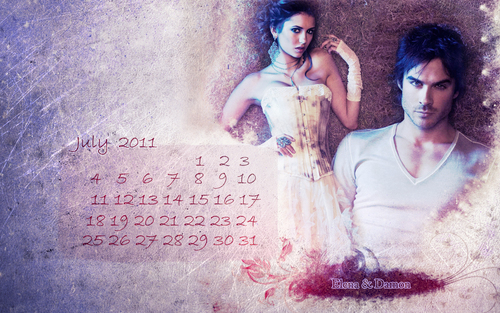 6
calendar july
added by Jane-Alex
Source: sejak me
12
The Evolution Of One Damon Salvatore...
posted by EllaEnchanted
Okay guys so I already telah diposkan this artikel on the Rant Thread when I first joined here a few weeks lalu but something that I read on the internet regarding DE sparked me to put it where it should be which is on here & with some slight changes that I've made that I felt were too important to miss out :)

I find it very annoying when people say that Elena is trying to change Damon when in actual fact she is just trying to tunjuk him who he really is and lebih than capable of being, who he has probably been all along, the goodness has always been there deep-down inside of him, but with spending...
continue reading...
4
The Darkest Side Of Me ch.2
posted by yasmeen40
originally written sejak : SuchALittleMonster on FanFiction.net

I was alive. At least... I think. My eyes stayed tightly shut. Laying quietly I took a couple deep breaths. Breathing in the air around me, I replayed what had happened in my head. It still didn't seem real. Was it real?

I slowly opened my eyes and was instantly met sejak the sunlight shining in through the window. I could feel the warmth on my skin, I was deeply relaxed and comfortable. I always felt this way waking up seterusnya to Stefan in the morning. We would lay in katil for hours upon hours, wide awake, but silent. Neither one of us ever...
continue reading...
5
why do we ship delena!
posted by tvdlover
The reason Damon and Elena share that understanding between is because of the fact that their decisions are motivated sejak Cinta and it is not about whether it is wrong atau right, all social rules go out the door. One of the reasons why I ship Damon and Elena is because they both re-awaken each other. Elena re-awakens Damon’s humanity and Damon re-awakens the girl who died the moment her parents died. Damon and Elena both take each other out of their safety zone. They are real with each other. I believe that even though we see Elena is this sweet and a compassionate girl, I think that we have...
continue reading...
7
She Just Knew
posted by merzycullen
Chapter 1

Elena was running, running scared through the woods, the rain falling hard on her. Breathing hard, looking behind her every once in a while to check if someone was following her atau if she Lost them already. She didn't know why she was running atau who she was running from, but it didn't matter. All she knew is that she had to keep running, she had to find him. Because if she didn't…she couldn't even think about that possibly. She shook her head in denial.. she had to find him now.

She kept running and running until she was sure she would collapse any minit now, he legs about to give...
continue reading...
13
Elena Gilbert And The Redemption of Damon Salvatore
posted by delenasalvatore 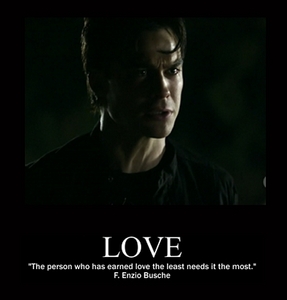 Image Credit: tumblr (I think)
Seven months ago, when the DE fandom was struggling to find their way out of the pit of doubt and despair which the writers had happily thrown them into; I published an artikel voicing my concerns about Kevin and Julie's 'hot and cold' approach to Delena, and on their insistence that Damon had to apparently become 'worthy' of Elena before their relationship could be considered. link
It looked like Kevin and Julie had doomed Delena before they had even begun. What were the chances that Damon would ever settle down and learn how to be 'good'? "He screwed up...Everyone loves Damon but he's not...
continue reading...