6
My bahagian, atas Ten Favourite Disney Heroines
posted by MissCassecou
Bonjour! This is a countdown of favourite Disney heroines. These do not include Haiwan as I will be Penulisan a similar artikel like this soon about animals. I Cinta all of the heroines but I just have favourites as I'm sure most of anda do as well, and I'm sorry if some of your favourites don't make this senarai - even if anda believe they should.

Let's get started shall we? 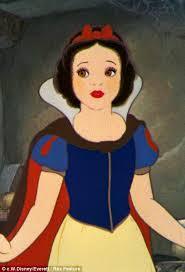 
I Cinta Snow White - I really do. I think she's cute and sweet and it's sad that people put her down all the time, and I do not understand why. I've even defended her and Cinderella, link. I Cinta how she stays optimistic throughout her hard times, (an evil Queen (aka her stepmother) wants to kill her for gods sake) and I Cinta the fact she bosses around the dwarves. She's beautiful and isn't too skinny (thank goodness). Also what I Cinta is that she doesn't expect to stay at the dwarves' house for nothing, she makes a compromise to cook and clean for them. She's kind and friendly to everyone. 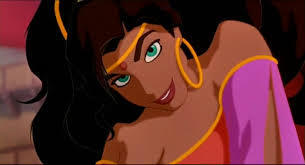 "You fight almost as well as a man" - Phoebus. "Funny I was just about to say the same thing about you" - Esmeralda


I Cinta heroines who can kick-ass, and this girl can surely prove she can. She's witty, smart and can fight with a pole with three candles on the top. She's a good dancer, and I Cinta her somersaults and quick tricks. She's also very kind to Quasimodo and others. I like her little goat-friend too. Her eyes are absolutely stunning, they're so bright and such a nice colour, a kind of greeny-blue like mine. She's not incredibly skinny either, and I definitely like the red on her. Her skin tone is really nice and her lips are pretty in that red shade. 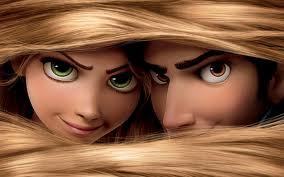 
I think Rapunzel and Snow White are quite alike in the fact that they're optimistic, sweet, cute and kind. I Cinta Rapunzel and I think her relationship with Flynn is the best Disney relationship ever. (Flynn is my favourite Disney Prince). I like how her story is about finding her dream and figuring out a new one. She's amazing with a fry-pan and it's my first choice as a weapon now. I think I prefer her short hair to her long hair as I believe it Suits her better but she's pretty nevertheless. Go green-eyed princesses, too!


melati, jasmine was one of my favourites as a kid, and she has gone down the senarai a bit now, but I still Cinta her nevertheless. She's clearly very beautiful, and I Cinta her independence and fiesty-ness. (I just don't like her tiny, tiny waist!!) People believe her to be bitchy which I don't see, as I see her to be smart, kind and a little bit sassy! There's nothing wrong with that! She's not to be messed with which I admire. 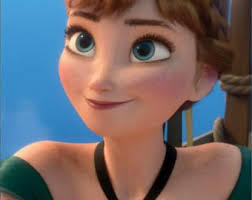 “This is awkward. Not you’re awkward, but just ‘cause we’re--I’m awkward. You’re gorgeous. Wait, what?” - Anna


When I saw the trailer for Frozen, I knew I was going to Cinta Elsa. What surprised me was how I ended up loving Anna as well. I thought she was quite hilarious, because she was so clumsy. She had a big hati, tengah-tengah and reminds me of my little sister. (Sure, I can be Elsa.) I quite liked Kristoff too. I Cinta how she actually took charge of her kingdom, and would stop at nothing and would sacrifice herself to restore it. She made being a princess a real job, the same thing that Elsa did with being Queen, instead of just being pretty and marrying a prince. She was a very loveable character I found, and her persistence and optimism are something to be admired. 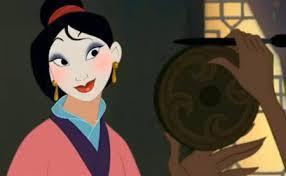 
I know. Another heroine who can kick-ass. I adore Mulan, because she feels like she doesn't fit in, and she's clumsy and funny too. And then she decides she has to help her father, putting herself on the line in order to do so. I admire her bravery and quick-thinking, as she is the one who ends up defeating the huns and came up with the avalanche idea, and "let's-dress-up-as-girls idea" as well. My favourite part is when she retrieves the Arrow through sheer persistence, and then she beats Shang up. 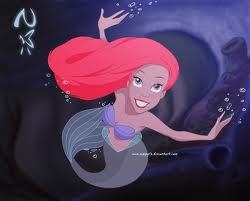 Shalalalalala, my oh my, look at the boy, too shy, ain't gonna Ciuman the girl..." - Sebastian


I like this girl because of the fact that she is a mermaid. I'm sorry, and I know, anda shouldn't judge people on that, but I Cinta it nevertheless. Whatever anyone says. Of course I Cinta Ariel as a character too. She's spunky and independent. I also defend her, link. She's the best singer of all the princesses, and in the song Part of your World, her character is clearly defined and we see this young woman who is so determine and passionate about her dreams and we can't help but fall in Cinta with her. She has always been, and will always be, one of my favourites. 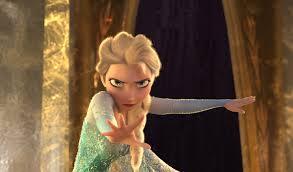 
As I mentioned before, I knew I would Cinta Elsa, and I was correct. Elsa is a lot like me, she is alone a lot of the time (being a quiet introvert, I prefer to be alone sometimes) and she sings this fantastic song that shows the fact that she just wants to "let it go". God I wish I could do that. She's so relatable and developed and I feel sorry for her. She's also a ruler, and she makes being a Queen an actual job as well. She looks out for her sister and others, and isolates herself from them just to keep them safe. I think she was a very nice woman, which is clearly displayed. I Cinta Elsa, so much, and I Cinta her powers as well. 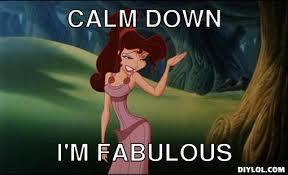 
Oh gawd she is my favourite non-princess in the WORLD!!! I Cinta how she's sassy and sexy and that she's not a damsel in distress and most of all that she doesn't want to get caught up in the lovey-dovey stuff purely because it's cliche. (and she had a bad past and everything). I Cinta how she's actually one of the bad guys; that's awesome!! She sings one of the best Disney songs and I think she's just fantastic. 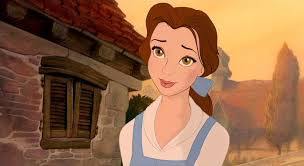 
Belle is my favourite princess of all time. She's intelligent, clearly one of the most beautiful, and her story I think is the best out of all of the princesses. She grows to Cinta the beast, and the message is beautiful. She is kind to everyone, and I believe she is brave, because, like Mulan, she sacrificed herself for her father's well-being. To me she is completely flawless. She doesn't fall in Cinta with Gaston because he's a douchebag. She longs for adventure and sacrifices her dreams. She loves buku and reading, and is considered odd. The song "Beauty and the Beast" is my favourite of all time. The servants Cinta her and the beast loves her as well, as she helped him learn to love. She's caring, intelligent, beautiful, Brave and the best Disney heroine in my opinion.

So there anda have it.
This is my opinion guys so no harsh/mean/critical komen-komen are welcome. If you're interested in some other articles, anda can find the pautan down below, where I talk about my favourite Disney princess songs and I defend Belle and Jasmine.
I know, and I would have liked to include a lot lebih of the Disney Heroines such as Pocahontas and Cinderella, (and Aurora and Tiana and Merida and Alice and Wendy and...)
But there were only room for ten. And these were the ones that I had connections with/warmed up to the most.
Hope anda enjoyed!!
Thanks very much, and au revoir!

link
avatar_tla_fan, 3xZ and 4 others like this
KotokoAihara Glad to see Ariel so high!
3xZ Nice list. Although some are different from mine, but I must say I enjoy reading this quality article. I also like how you like Anna and not saying anything harsh about your bottom 10. Well done <333
Sk8er__grl I like how you included things like Megara and Esmeralda because we need something a little more than just princess lists. You said nice things about everyone though, which I admire. 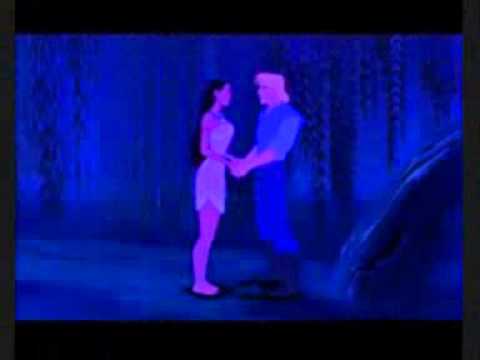 1
Disney Princess - Ariel & Pocahontas - Bidadari Cry
added by aitypw
This is made sejak me i hope anda like it. I looking ke hadapan for your komen-komen :)
video 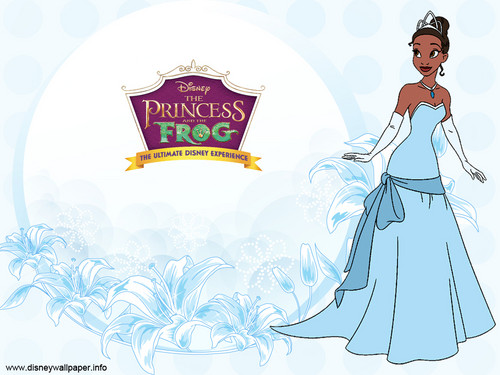 15
Disney Couples: What dreams are made of
added by tiz
video
Disney
Muzik
song
classic
Cinta 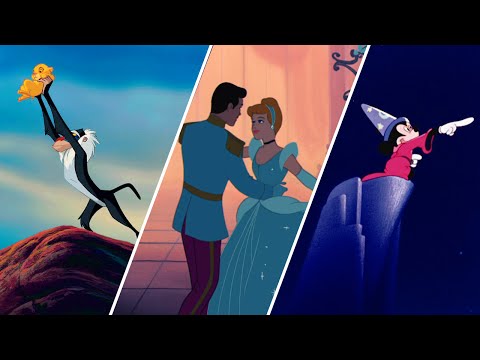 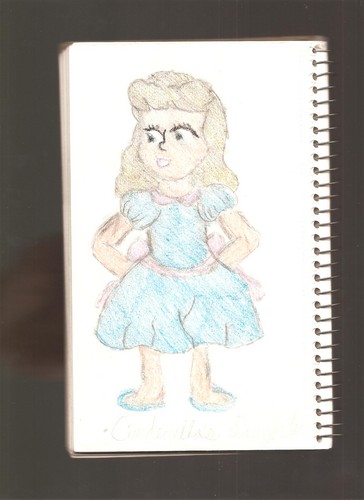