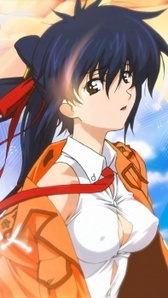 =D
Lisa Pacifist (リサ・パツィフィースト, Risa Patsifīsuto) is one of the main characters in Final Fantasy: Unlimited. She was born in Russia to Tsar Pacifist and her Chinese mother, who taught her the ways of Kigen Arts, being able to use her spiritual energy in the form of defensive attacks. At the age of 22, in the series, she helps the twins Yu and Ai cari for their missing parents Joe and Marie Hayakawa as well as protecting them. It was only in the finale, she revealed that she was looking for the Hayakawas herself, working for the C2 Organization headed sejak her father. She...
continue reading...
2
Kadaj
posted by SilverHaired
-Kadaj is one of the main antagonists in Final Fantasy:Advent Children.The leader of the Remnants of Sephiroth,Kadaj's goal is to find Jenova,who he believes is his mother,and conquer the planet.However,unknown to him is the influence of Sephiroth over Jenova's remains,and so Kadaj is unaware that he is merely a tool for Sephiroth's resurrection,although he knows that Sephiroth is lebih favored sejak Jenova.Kadaj,above his brothers,is aware of existence and plans of Jenova and Sephiroth,as neither Loz atau Yazoo even indicate they know Sephiroth exists.In spite of,or perhaps because of this,Kadaj's dedication to his mother's cause is accompanied sejak a deep insecurity over his inferiority to Sephiroth in her eyes.Despite this,he is still a highly skilled warrior and a strong leader.
Final Fantasi yuna cosplay
posted by leafary 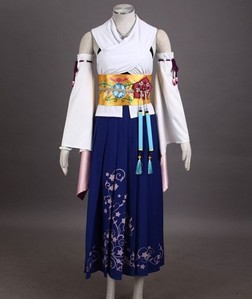 Final Fantasy Yuna cosplay costume
Daughter of High Summoner Braska. Honest and determined, Yuna embarks on a pilgrimage to obtain the Final Aeon and defeat Sin. Yuna is learning the mystical art of summoning aeons—powerful spirits of yore.
She is yuna, she comes from Final Fantasy. Final Fantasi Yuna cosplay costume including lebih than 15 parts. for me, it is one kind of Art.
Check the link for the costume details:
link 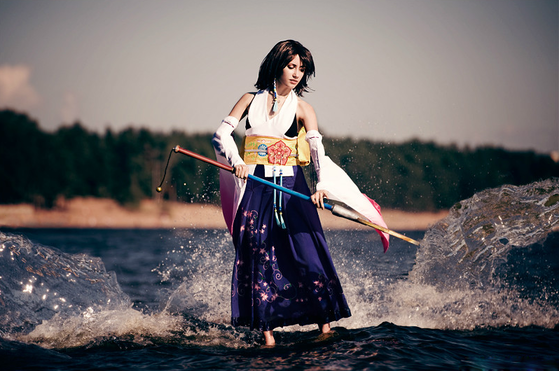 Other games:
Dissidia: Final...
continue reading...
11
Loveless
posted by legend_of_roxas
Prologue (Poem)
When the war of the beasts brings about the world's end
The goddess descends from the sky
Wings of light and dark spread afar
She guides us to bliss, her gift everlasting

Act I (Poem)
Infinite in mystery is the gift of the goddess
We seek it thus, and take to the sky
Ripples form on the water's surface
The wandering soul knows no rest.

Act II (Poem)
There is no hate, only joy
For anda are beloved sejak the goddess
Hero of the dawn, Healer of worlds


Dreams of the morrow hath the shattered soul
Pride is lost
Wings stripped away, the end is nigh

Square Enix also confirmed with the video game news website Siliconera on Friday that the game will ship in the U.S. and Eropah this year. Siliconera also confirmed that, as with the Japanese release, the PS3 versions of the two games will be bundled together in one Final Fantasi X|X-2 HD Remaster set, but the PS Vita versions of the two games will be sold separately. Both games will have the added elements of the International version.

The games are also set to ship in Jepun this year. 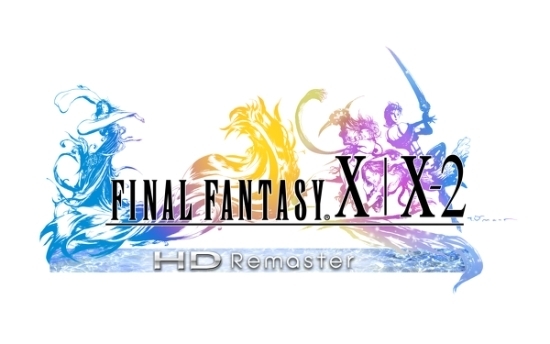 12
A Decade Is Never Final
posted by benji 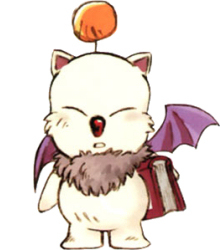 Moogly Boogly Boo!
Back in 1997, it was New Years Eve, and as with every NYE, me and my cousins and Friends were sent upstairs away from the drunken parents and ended up playing video games. This tahun was special, I had just got my PS1 for Krismas and had been playing it for ages, my parents loved the silence.

This New Years was a unique experience for me, anda see, this NY, my cousin Paul had brought around what HE had got for Christmas. Namely, Final Fantasi VII.

Now I don't know if you've ever had a religious experience, but I'd say this is as close as I could have come at the time to one. The beautifully rendered...
continue reading...
You Might Also Like...