A number of flights had to be diverted before back-up runway, not usually used for commercial jets, was opened at around 7.40pm.

The closure was described sejak the airport as a "precautionary measure" after the hole was discovered during a routine inspection.

Gatwick Airport tweeted: "Our main landasan is now open and operating and we are working hard to get anda on your way.


"We would like to apologise for any inconvenience this evening. Your safety is our number 1 priority."
Woman boards plane at Gatwick without passport
posted by Gatwickharding
A woman has been arrested after being found on a plane at Gatwick Airport without any identification documents atau a boarding pass.
Sussex Police were called just after 7am today to a lapor that a 51-year-old woman from Germany had got onto the Easyjet aircraft before boarding had officially begun.
A force spokesman said: "Airport staff found that she had no ID, no passport and no boarding pass."
She was arrested on suspicion of entering a restricted area without permission and remains in custody.
The plane's passengers were instructed to go through security screening in the North Terminal again before being allowed to board.
According to Easyjet's website the flight to Tenerife departed at 8.45am, which was one jam and 15 minit behind schedule.
Man abandoned in Gatwick Airport as a baby makes appeal 30 years on
posted by Gatwickharding
A man who was abandoned as a baby at Gatwick Airport has made an appeal to find his parents 30 years later.

Steven Hydes, who was nicknamed Gary Gatwick, was left in the ladies' toilets dressed in two baby grows and wrapped in a blanket. According to the Metro, he was found sejak an airport employee on 10 April 1986 and is believed to have been 10 days old.

He is now making a fresh appeal to find his biological parents so he can fill in gaps about his past and feel "complete".

Speaking to Sky News, he said: "It's the not knowing... why it happened and things like that I really want to know. To me...
continue reading...
Terminal assignments and rearrangements
posted by Gatwickharding
As part of a recently agreed, seven-year strategic commercial partnership between Gatwick and EasyJet, the airport has proposed a number of changes to individual airlines' terminal locations. These will see EasyJet consolidate all its Gatwick operations in the North Terminal, while British Airways and Virgin Atlantic will swap their current terminals. Gatwick believes that these terminal moves will improve the airport's operational efficiency and resilience, as the use of different terminals sejak EasyJet and British Airways would reduce pressure on the North Terminal's check-in, security, boarding...
continue reading...
Terminals
posted by Gatwickharding
The airport has two terminals, South and North. Both have shops and restaurants landside and airside, and all areas are accessible to disabled passengers. There are facilities for baby changing and feeding, and play areas and video games for children; business travellers have specialised lounges. The North and South Terminals are connected sejak a 0.75 miles (1.21 km), elevated, two-way automated people mover.

South Terminal
Passengers with luggage looking at arriving-flights board
South Terminal international arrivals concourse
The official opening of the central and main pier of what is now the...
continue reading...
Major airlines
posted by Gatwickharding
The airport is a base for scheduled airlines British Airways (BA), EasyJet, Monarch Airlines, Norwegian Air Shuttle and Virgin Atlantic and charter operators such as Thomas Cook Airlines and Thomson Airways. Gatwick is unique amongst London's airports in its representation of the three main airline business models: full service, low-/no frills and charter. As of October 2016, these respectively accounted for 26.6%, 61.3% and 13.1% of Gatwick's kerusi, tempat duduk capacity.
By late 2015, EasyJet flew over 100 routes from Gatwick with a fleet of lebih than 60 aircraft.The airport is the carrier's largest base,...
continue reading...
Security
posted by Gatwickharding
The airport is policed sejak the Gatwick District of Sussex Police. The district is responsible for the entire airport (including aircraft) and, in certain circumstances, aircraft in flight. The 150 officers attached to this district include armed and unarmed officers, and community support officers for minor offences. The airport district counters man-portable surface-to-air missiles (MANPADS) sejak patrolling in and around the airport, and a separate sub-unit has vehicle checks around the airport.

Gatwick is one of three UK airports with body scanners, located in the main cari areas of both terminals. Access to airside portions of the airport is controlled and maintained sejak the airport's team of security officers, regulated sejak the Department for Transport. Brook House, an immigration-removal centre of UK Visas and Immigration, was opened near the airport on 18 March 2009 sejak the then utama Secretary Jacqui Smith.
Flight movements
posted by Gatwickharding
Gatwick operates as a single-runway airport although it has two runways; the northern landasan (08L/26R) can only be used when the main landasan (08R/26L) is out of use for any reason. Documentation published sejak the airport in April 2014 indicates that the usable length of its main landasan (08R/26L) is 11,178 ft (3,407 m) when aircraft take off in a westerly direction (26) and 10,863 ft (3,311 m) when takeoffs occur in an easterly direction (08). The documentation lists the respective usable landasan lengths for the northern landasan (08L/26R) as 9,974 ft (3,040 m) (direction 08) and 8,858 ft (2,700...
continue reading...
Facilities
posted by Gatwickharding
On 31 May 2008, Virgin Holidays opened the V Room, Gatwick's first lounge dedicated to leisure travellers, for use sejak Virgin Holidays customers flying to Orlando, Las Vegas and the Caribbean on sister airline Virgin Atlantic.

On 9 April 2009, an independent pay-for-access lounge, No.1 Traveller, opened in the South Terminal. Gatwick has a conference and business centre, and several on- and off-site hotels ranging in class from executive to economy. The airport has Anglican, Catholic and Free Church chaplains, and there are multi-faith prayer and counselling rooms in each terminal. A daily service...
continue reading...
History
posted by Gatwickharding
The land on which Gatwick Airport stands was first developed as an aerodrome in the late 1920s. The Air Ministry approved commercial flights from the site in 1933, and the first terminal, "The Beehive", was built in 1935. Scheduled air services from the new terminal began the following year. Major development work at the airport took place during the 1950s. The airport buildings were designed sejak Yorke Rosenberg Mardall between 1955 and 1988.

In the 1960s, British United Airways (BUA) and Dan-Air were two of the largest British independent airlines at Gatwick, with the former establishing itself...
continue reading...
Gatwick Airport
posted by Gatwickharding
Gatwick Airport (IATA: LGW, ICAO: EGKK) is a major international airport in south-east England, 29.5 miles (47.5 km) south of Central London and 2.7 nautical miles (5.0 km; 3.1 mi) north of Crawley. Also known as London Gatwick, it is the second-busiest airport sejak total passenger traffic in the United Kingdom after London Heathrow. Gatwick is the ninth-busiest airport in Europe.

Gatwick opened as an aerodrome in the late 1920s, and has been in use for commercial flights since 1933. The airport has two terminals, the North Terminal and the South Terminal, which cover areas of 98,000 m2 (1,050,000 sq ft) and 160,000 m2 (1,700,000 sq ft) respectively. It operates as a single-runway airport, using a main landasan with a length of 3,316 m (10,879 ft). A secondary landasan is available but, due to its proximity to the main runway, can only be used if that is out of use. In 2015, 40.3 million passengers passed through the airport, a 5.7% increase compared with 2014.
Gatwick awarded for being an autism-friendly airport
posted by Gatwickharding
A ceremony is being held at Gatwick today to recognise its status as an autism friendly airport.
As well as providing clear and accessible information for passengers and the assistance available to help plan their journey, the airport has published its own downloadable autism-friendly guide for passengers.

The National Autistic Society is giving the airport an award to highlight the efforts of Gatwick to meet a range of Autism Friendly criteria to help passengers, their families and carers.
Staff have been specially trained to help assist autistic passengers and a hidden disability lanyard system...
continue reading... 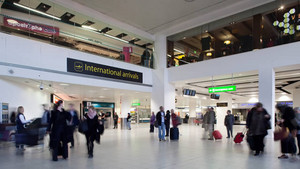 gatwick airport arrivals
added by HeathrowJackson
All About me
posted by Gatwickharding
This artikel-artikel is about me as a person. Please feel free to komen on this artikel But make sure its not a nasty atau rude comment. Anyway here it goes. I was born in the crown plaza hotel at Gatwick airport That's how I got my name. Now I live in Halsead England with my two sister and parents John and Jolie. My sisters are Anna and Nancy. I'm 23 my birthday is September 3 of 1993. I have a friend his name is Heathrow we have the same birthday on the same year. The only difference is the airports he was born at Heathrow airport at terminal 5 and I was born at a hotel near Gatwick airport. Heathrow and I have been Friends since birth we can't live without each other. I can always count on him and I can trust him. He's one of my best Friends in the world He definitely will be in my life forever. We will be Friends forever. Anyway Please tell me if anda like this artikel please leave your komen-komen and check out my club when anda get the chance. 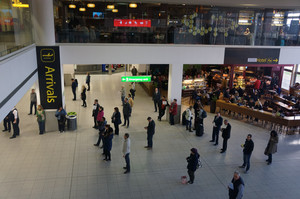 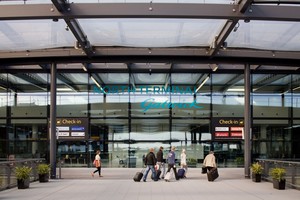