27
Edward Cullen: An Abusive Boyfriend
posted by XDRoseLuvsHP
Edward Cullen. A sparkling "vegetarian" vampire who is supposed to represent the "perfect boyfriend". He's hot, strong, fast, and he lives forever! What could be wrong?

Edward Cullen is not, I repeat, is not a good boyfriend. He is actually an abusive boyfriend. Before I go on to offer proof as to why Edward is abusive, I will clarify what I mean sejak "abusive".

What is an abusive boyfriend?

There are different kinds of abuse. Many people think of a boy who actually beats up his girlfriend. That is physical abuse. There is also psychological abuse. This includes emotional abuse and the abuse of her rights.

Edward definitely abuses Bella emotionally as well as abusing her rights. He even abuses her physically a few times. But before I get there, I will go over the signs of an abusive boyfriend in which Edward exhibits.

If anda are an avid Twilight fan, anda may be thinking "He doesn't do any of that!" I'll explain each of these points.

-He is always sejak her side. He insists on driving her to school and driving her utama again, he is always with her. This may not seem bad at first, but it actually serves the purpose of making her dependent on him and letting him "keep an eye on her".

-When she goes to see Jacob against his will, he soalan her and is very angry with her. anda may say, "but he thinks Jacob is dangerous!" Well, I say not. He even admits it himself later on; he's just jealous. Whenever Bella says she wants to do something against Edward's wishes, he soalan her and finds a way to get her out of it.

-There are many examples of jealousy. The most obvious would be Jacob Black. See the last point for information on that. However, it does not end there. There is also Mike, Tyler and all the other boys at school.

-All I need to prove this one is a quote Edward once said:
"To be perfectly honest, she'll be unavailable every night, as far as anyone besides myself is concerned."

-He forces her to go to prom when she does not like dances. He forces painkillers on her when she clearly does not want them at the end of Twilight. He forces her to let him drive her utama ("He was towing me toward his car now, pulling me sejak my jacked"... "'I'll just drag anda back,' he threatened, guessing my plan").

-Do I really need to explain that he's a dangerous driver?

-He always reminds her of everything that is wrong with her. "Silly", "stupid", "klutz", etc. This is lebih than being realistic. This is insulting her.

-See the point on draining her self confidence

-That is how he knew that she was accepted into Dartmouth without her knowing. That is how he forged her signature so she would go there. This should not be seen as "doing it for her own good". It is her choice. While she may not have the best sense of judgment, it is not Edward's place to force her to do anything against her will, and forging signatures counts.

-He watches her sleep, and starts that up before he is even her boyfriend. That is just plain creepy. He follows her "just to keep an eye on her". Sure, it may have saved her from getting raped. That is a plus. However, he did not follow her knowing she would be in danger. He just wanted to follow her.

-He does indeed scare her. He throws her across a room (yes, it is playful. Either way, he did it to scare her. He did this because she told him that he isn't scary). He rips a branch off a tree. He breaks her bed. All of this is done to scare her.

-He does indeed damage her possessions. I mentioned breaking her katil in my sebelumnya point. He also removed the engine from her truck.

-I do count taking everything that may remind her of him back to be stealing. Yes, he just hid it under her floorboard. Either way, he took it away from her. I do not care that he was "just trying to help her". He should have let her deal with her depression in her own way.


Examples of his controlling nature are as follows:

-"'Bring on the shackles - I'm your prisoner.' But his long hands formed manacles around my wrists." Symbolism. She is his prisoner.

-Demands that she eats in Port Angeles.

-Admits he would have forced an abortion upon Bella had it not been for Rosalie (this may count as physical abuse).

Now, I know that many people disregard this. They say "he's old fashioned. He's form the 1900's." I do not accept this excuse for his behavior. For one thing, he lived through the Women's Rights Acts. He still grows mentally, no? He should have adjusted. Stalking was never considered normal. I don't care if it was the 1500's; stalking is creepy. In fact, none of his actions are considered "old fashioned". They are abusive.

So, do anda still think Edward is a good example for boyfriends everywhere? I think not. I hope anda enjoyed my artikel :D
simpleplan, graystone and 25 others like this
imawesome34 i could not agree more. If my BF ever did any of those things to me, he would be DUMPED within the minute
haropuff95 as expected from RoseLuvHP,an awesome article.
badvamps this is awesome but every thing is true and you have proof for every comment awesome article
chris2010_2010 Nice article!!!!!!!!!
TeamSiriusBlack I wouldn't have expected anything les from you. You rock!
LadyLilith EXCELLENT article! :D Don't let anyone tell you any different!
volleyblue13 *applauds* awesome!
Yarrgh You write very very good articles! Please write more?
HecateA nice
Kylie90210 Wow, GREAT article, and not even one Twilight fan can disagree!
SpeedyGonzalez And people find this romantic
SerialFangirl To be fair, though, when he made her eat in Port Angeles, I think it was just his medical training kicking in. He knew it was likely that she was going into shock and so told her to eat something. I'm sure any other doctor or nurse would have done the same thing. Otherwise, I agree on all your other points.
SnapeOWNSedward 50 points to you!
ladywyze 'There is a reason for every action.' And he do it for her safety. Yeah, you maybe right, but you're not Bella. 'You don't know anything.'
RavenclawRocks 50 points to whatever House you're in.
roseamore BRAVO! well written!
bookworm9000 True,his why chosse team jacob. Some of this is simlier to my ex-bf
Renesmee_08 SHOCKED!OMFG! Great...but i have no words...
NANCYSAINI2 Dnt u think u just knw 2 much about ed......He loves Bella so much tht he gave up evrything he hd jst fr her safety......He went against volturi who were definitely his superiors jst to save bella.........He left her in NM jst fr her safety.......He even forgot about his rivalry wid werewolves jst fr bella........He never wanted her to becom a vampire.....Bella's blood is the most delicious thing tht ed can think of but still he manages to live wid her through evrything......He was always there fr her,he is always there fr her..............I cn give up anything in my lyf jst to hv someone like him............And moreover u shouldnt forget tht he is a vampire and nt human......So the basic bf things dnt qualify fr him...............Being a vampire and still so caring..........what the hell do u wnt more frm him................
missdada15 Great article.Maybe they tried to make it seemed like he was just that much into her but it's not romantic it's freaky. 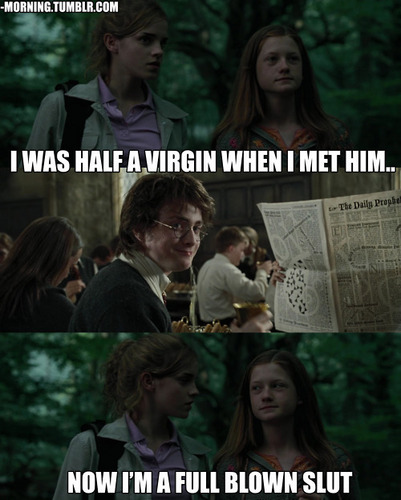 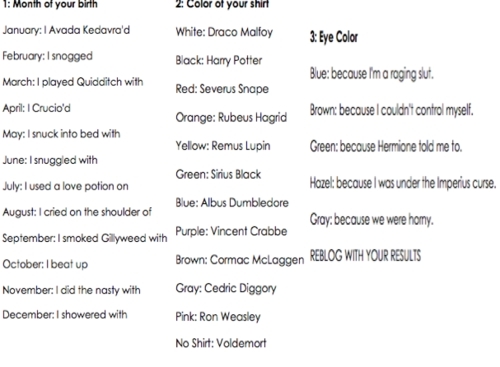 6
Rawak thing
added by youknowit101
Source: tumblr
19
Hilarious Twilight Defenses.
posted by LilRavenclaw95
These are the weirdest, saddest Twilight defenses on the planet. *NOTE: I have nothing against reasonable Twilight fans, but ones like this? *facepalm* 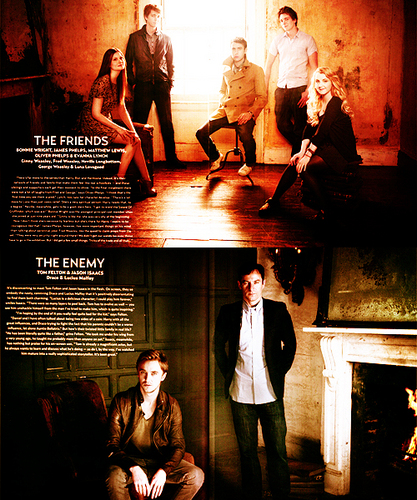 The...
added by Gred_and_Forge
Source: Tumblr 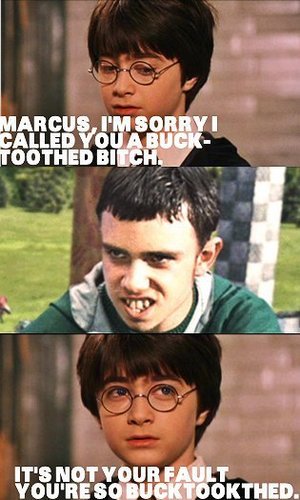 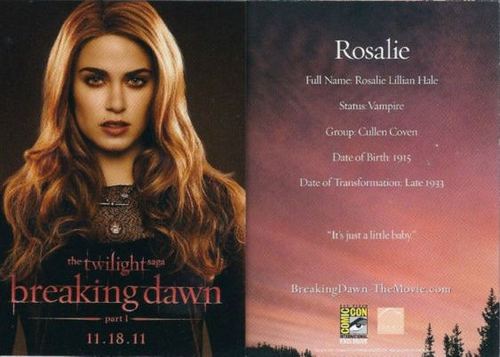 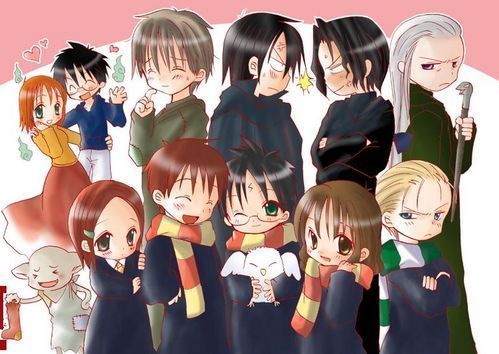 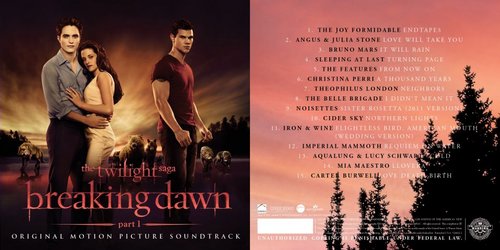 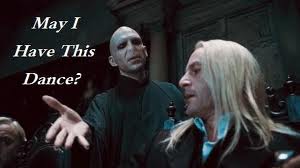 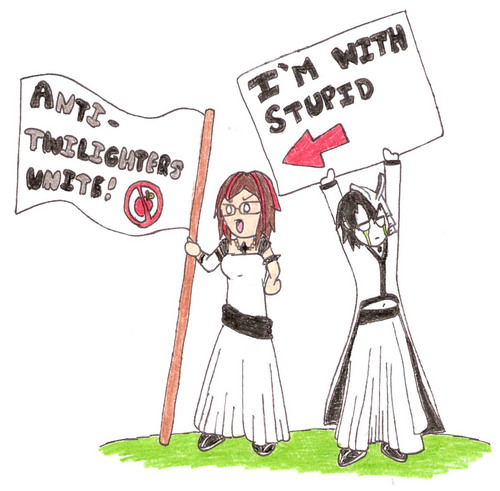 6
The Boy Who Lived
added by frankthe2nd
Source: tumblr 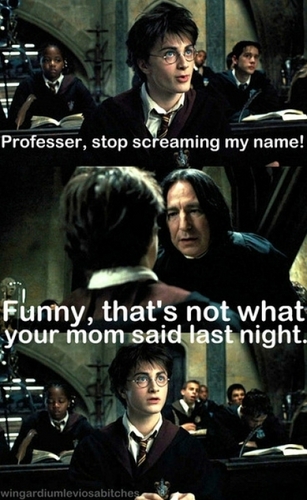 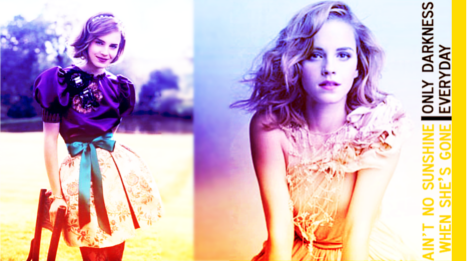 1
Voldemort and Weed
added by Ruwin 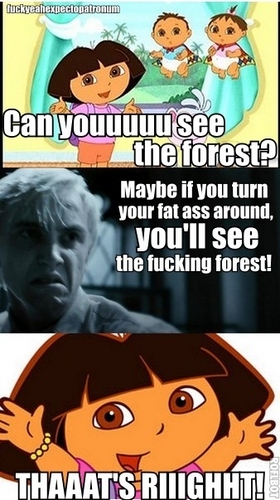