Scooby Doo ending: Voldemort is captured, and is revealed to be Filch wearing a mask. As he is hauled away, he shouts, “And I would have gotten away with it too, if it weren’t for anda meddling kids!”

Star Wars ending: Voldemort reveals himself to in fact be Harry’s father.

CSI: Miami ending: Harry, Ron and Hermione collect evidence linking Voldemort to the murder of Albus Dumbledore. When confronted, Voldemort challenges Harry to prove he did it; Harry puts on his sunglasses, holding up a single strand of Voldemort’s hair, responds, “I don’t have to, anda already did.”

24 ending: It is revealed that Voldemort was really just working for the French, and Madame Maxime was really behind the entire plot to destroy the wizarding world. At the last second, Harry is able to diffuse the device Maxime had planted that would neutralize all wizard’s power in all of England. Just as they begin to celebrate, Harry is captured sejak the Chinese and when we last see him, he is on a bot to China.

Brokeback Mountain ending: After wishing he could “quit him,” Harry finally finds out that Draco was beaten to death with wands sejak a group of angry Deatheaters. The book closes with Harry gazing longingly into his trunk, in which he has Draco’s Slytherin jubah wrapped around his own Invisibility Cloak. Harry mumbles, “I swear, Draco.” and sheds a single tear.

Lord of the Rings ending: Harry and Ron finally destroy the final horcrux sejak throwing it into a bubbling lave pit deep beneath Hogwarts, killing Lord Voldemort in the process, but at the same time weakening the foundations of Hogwarts, trapping Harry and Ron miles beneath the surface. where they gaze into each others eyes, too afraid to talk of the Cinta that dare not speak it’s name. Just as they pass out, Fawkes rescues them and they both live out their lives married to their respective spouses

A Few Good Men ending: In the process of defeating Lord Voldemort, Ron and Hermione accidentally kill Draco. They are brought to trial before the Wizengamut, and Harry must act as their lawyer. Harry believes that Ron and Hermione were only following orders from Percy, and so he calls Percy to the stand. After a few hours of intense questioning, Harry finally tricks Percy into admitting he ordered the attack on Malfoy. As he is led off to Azkaban, Percy remarks, “All anda did was weaken the wizarding world today, Potter. That’s all anda did.”

Back to the Future ending: Harry, Ron and Hermione defeat Voldemort sejak traveling back through time to 1955. While there, they befriend a young, and not yet evil, Tom Riddle. sejak menunjukkan him Cinta and friendship, Tom grows up to be a swell guy, in fact, he’s Dumbledore’s personal assistant. Just as we think things are going to be OK, Mad Eye Moody shows up, grabs Harry, Ron, Hermione and Ginny and herds them to his nuclear powered penyapu time machine. When Harry asks what is wrong with them in future, Moody replies, “You turn out fine…it’s your kids!”

Sweeney Todd Ending: After defeating Voldemort, Ginny is threatened sejak Bellatrix and Rodolphus Lestrange. Harry yells "not my girlfriend, anda bitches!" and kills them both with a slashing spell. Suddenly the candles in Hogwarts are re-lit and Harry reccognises the faces of the couple he had just kill. Harry is then told sejak Ginny that his parents never actually died, and that she knew all along. Harry's parents were infact Bellatrix Lestrange and Rodolphus, and were driven insane sejak a potion-experiment-gone-wrong. Ginny confesses her Cinta for him, and says that he wouldn't have loved her back if he still knew his parents were alive. Harry wouldn't have had to stay at the burrow during the summer holidays, and Ginny would never see him. Harry tells her that he understands, with a crazed look in his eyes. He begins to waltz with her in the Great Hall, dancing on bahagian, atas of all the dead bodies. Slowly, he waltzes her closer to the boiling cauldron of deadly potions. Harry quickly shoves Ginny into the cauldron and watches her burn to death. Meanwhile, Ron Weasley sneaks up behind Harry. Harry is depressed and desides he has no lebih reason to live. He walks over to his dead parents, and Ron briskly fires an "Avada Kedavra" from behind. Harry dies holding his dead parents, and all his memories seep out of him (like Snape did earlier) for the world to see. Fade to black.

The Princess Bride ending: “And that, children, is the story of the battle of Hogwarts,” berkata the pale old storyteller as he closed a massive, well-worn book.

“Professor,” berkata a young red-haired girl, “is that a true story?”

“I was there,” the old man said, and the young girl’s eyes widened with excitement. “For I am Lord Voldemort.”

Twilight ending: Voldemort lures Ginny to the Ballet School she went to when she was small. There, he uses the Cruciatus Curse on her. Harry comes in and they have an epic duel among all the mirrors.

Ginny ends up fine, but with a few broken bones. 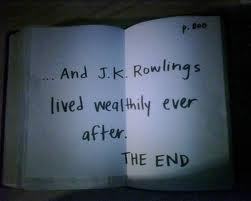 traceyhp, shinXran and 10 others like this
LUV_4_BIEBER Lulzed the whole time
letsdancewooo Haha awesome!
alexthedog The Sweeney Todd ending is the best!
alisonfaith297 lols!
lakota_spirit Fantastic thanks for sharing.
woofbark I liked the Scooby Doo ending the best.....LOL
frankthe2nd The Scooby Doo and the Brokeback Mountain endings were the best, lol.
zanhar1 I liked the Sweeney Todd one best then the Scooby Doo one.
PiperLunaPotter <3 Back to the Future ending. And Star Wars.
HaleyDewit LOL xD I loved the CSI Miami ending xD
UniquelyAmazing haha loved them !
Darkshine I loved the PB ending. xD
ClaireVoyant *ah hello, i'm new to fanpop* the brokeback ending break my heart a little.. kudos to whoever make this :D
12
Why Twilight is better than Harry Potter-The real reasons anda asked for.
posted by KatyLautner
So, I stated my opinion on why Twilight is better than Harry Potter (there are so many haters on here!) and a lot of people wanted specific reasons, so here it is.

First of all, Twilight is about love. Real love. From what I understand, the "love" in Harry Potter isn't much. Edward would do anything for Bella. Die for her. How I see it, I know Ron and Hermionie get together, but he seems like a horrible person for her.

And while I was talking about Hermionie, here's something else. She's a week character. Unlike Bella, who struggles every day. Hermionie has no problems, the only things she has...
continue reading... 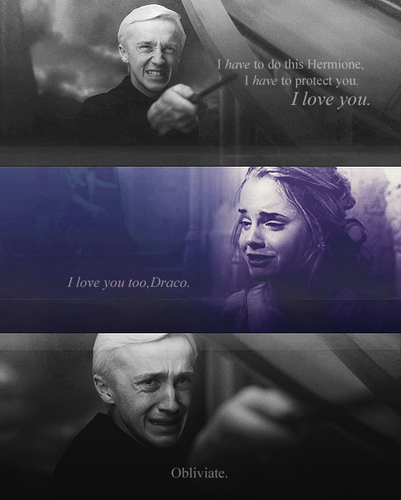 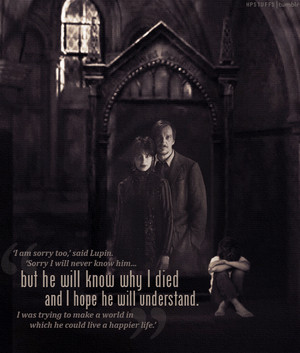 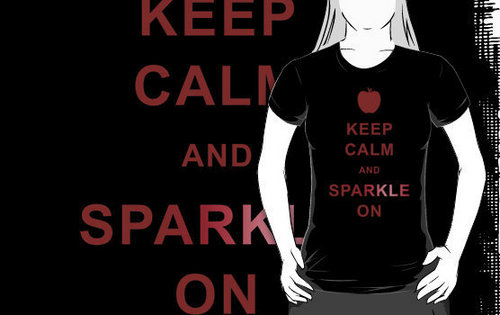 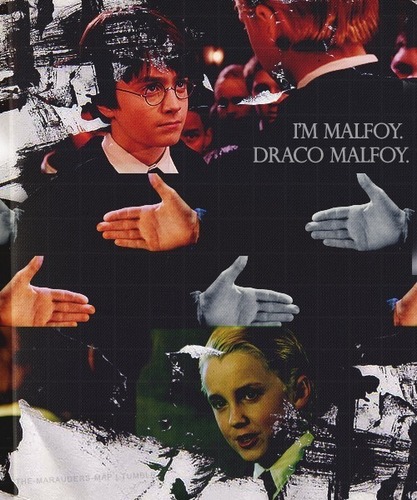 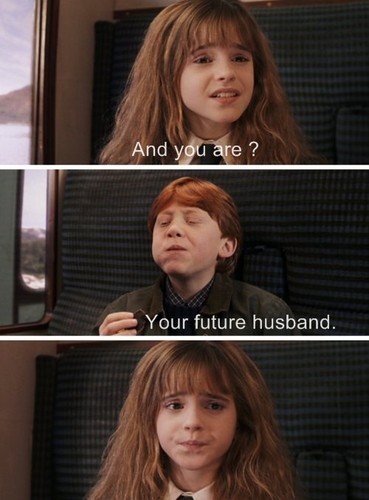 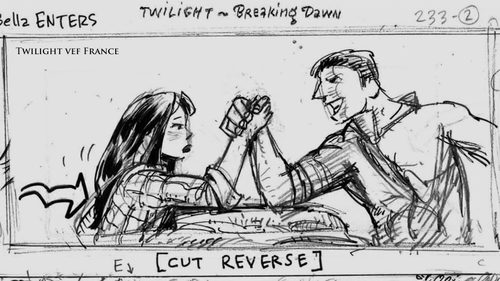 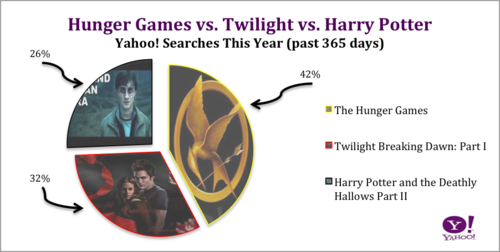 6
Yahoo searches from the past 365 days
added by goodtimes
Source: yahoo 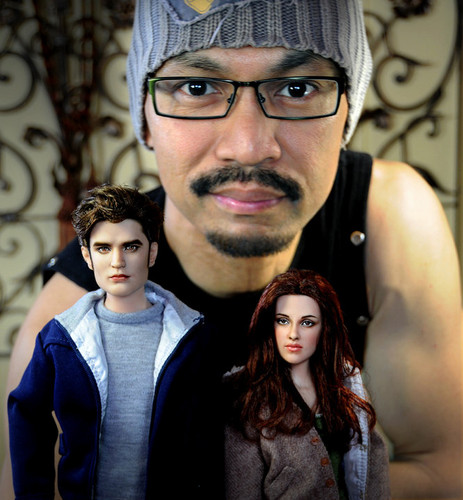 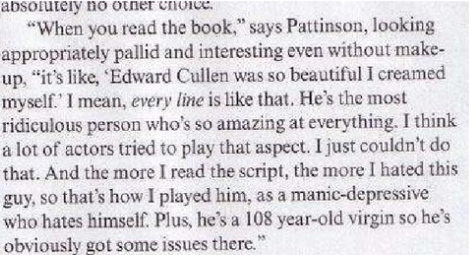 6
What Pattinson Thinks Of Edward
added by Aimee147
Source: Tumblr 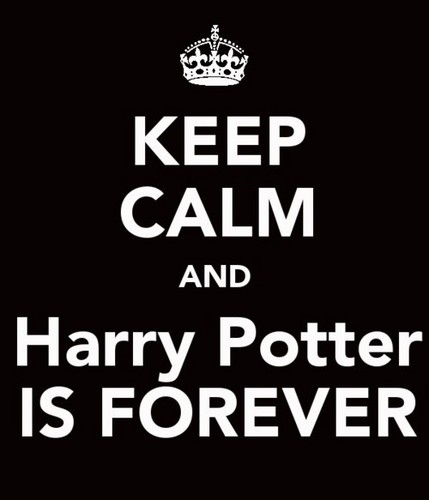 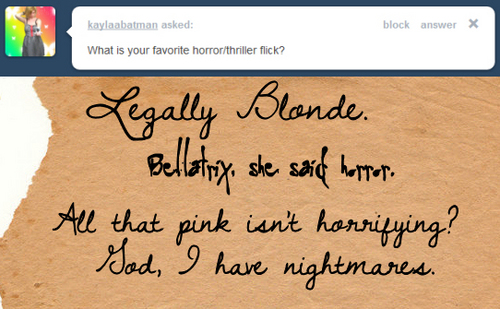 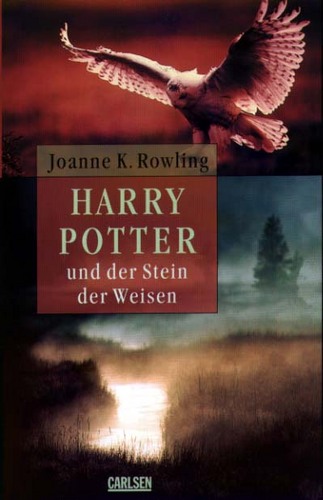 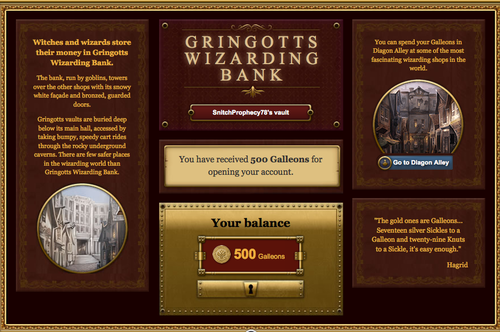 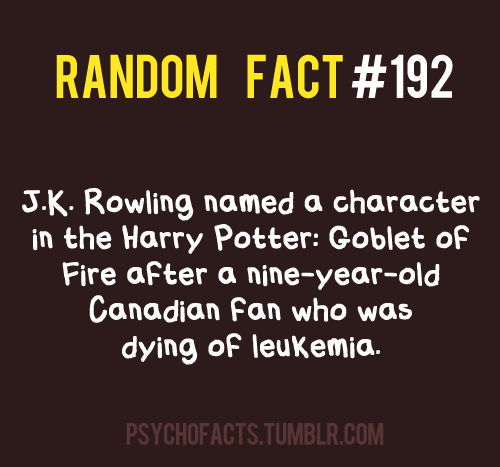 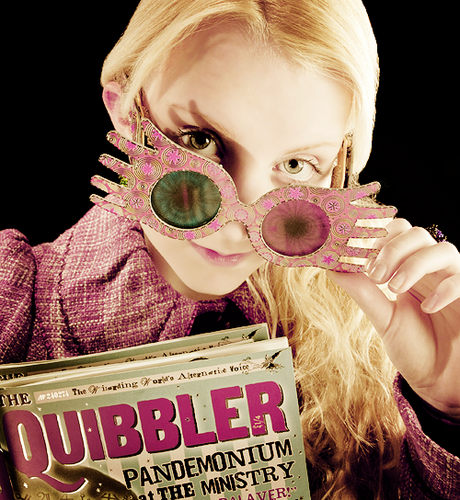