5 random facts you probably didn't know about me:

1. I actually like Gossip Girl.
2. I still play with dolls. Mostly ripping them apart, but...
3. My mom used to work with UN.
4. I used to play piano and ukelele, and I now play bassoon
5. All of these facts are true.

Ooh,! I'll give you 5 facts ;)
1. My most played song on my computer is the Arthur Theme Tune
2. I still pretend to be smoking whenever I have those candy sticks, despite being 15 :L
3. I have a ukulele, guitar, and recorder and piano. I cant play any of them
4. when my mom asked me what I want for my house-warming when I move away (so she can save up) I asked for a 'Euromix Dancingstage2' machine, and a signed Harry Potter poster :) x
5. I'm 495680065 seconds old :) x

hampir setahun yang lalu lucius_malloy said…
My facts:
1. I sing Disney Pop Hits SingIt when I'm home alone (and I'll totally kick your butt at Miley Cyrus).
2. I hereby love little kids.
3. I never think before I talk.
4. When I was a little kid (4 yrs old) in Bim, my teacher said my English was better than the native kids'.
5. I secretly love the Disney movie StarStruck.
hehehehehe...

hampir setahun yang lalu lucius_malloy said…
Starstruck's awesome ;D we watched it (again) on saturday and I now have all the songs stuck in ny head :D

I LOVE LIVING IN LONDON

hampir setahun yang lalu Accio_Pandorica said…
Lucky for you moo...
im going to the skate park to watch all the desperate sluts get off with some of the drugged up skaters, who cant skate :D :D

moo - what play?
Accio - I just spent another dull evening at home... I LOVE LIVING IN FINLAND.
yeah right.

Can y'all help me? Which edit do you think is better? I need it for my coursework.!
I was gonna do Nick Santino, but I couldnt be arsed to find a pic, so I stole that Christofer Drew picture :L x
And I know they're crap, but picnik wan't workin, and I'm not used to my computer thingy :L 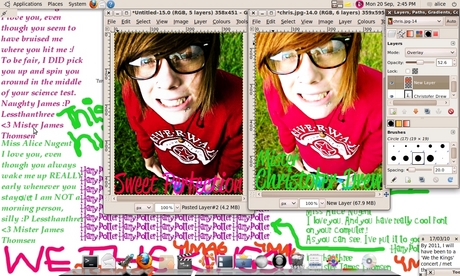 hampir setahun yang lalu boolander25 said…
Lemon, I like the first one. The brightness of the second is kinda odd.

hampir setahun yang lalu boolander25 said…
Are we doing 5 facts" If so mine are:
1. I am in love with Jay Baruchel and Double D
2. I can play the clarinet quite well
3. I have glow in the dark shoelaces for my high tops
4. I have my own trademark hat which I wear to school almost everyday and it has my Hufflepuff pin on it
5. I love cheesy kid cartoons

hampir setahun yang lalu boolander25 said…
They are the bestest.

hampir setahun yang lalu harrypotterbest said…
why, they certainly are!

hampir setahun yang lalu harrypotterbest said…
I stared at her. ‘Bella, be quiet! I’m trying to put Nessie to sleep!’ I snapped, putting Renesme in her cot.
‘I wanna do that!’ said Bella.
‘Do you always have to whine? And can’t you see Nessie likes me?
Bella stood up, glaring at me. I glared right back.
‘Rosalie,’ said Edward. I turned to face him. ‘Give Ness-Renesme to Bella.’ I stared at him. ‘Rosalie!’ He said in a warning tone. As if he could take me. ‘I can, you know!’ said Edward, smirking. I threw Renesme over to Bella. The clumsy freak dropped her, even though I threw perfectly.
Renesmee began to leak tears. ‘Aww, Nessie, don’t worry,’ I cooed. Before Bella could think, let alone move, I picked Nessie of the floor. As soon as I touched her, she stopped crying. I smirked at Edward. There was still no reaction from Bella. I was starting to think she had some brain disease. Or she didn’t have a brain. No wonder Edward couldn’t read her mind. She didn’t have one.
‘Don’t think like that, Rose!’ snapped Edward. It’s only been a few days from the battle. I suppose she could be in shock, or could have no brain. Edward growled and got up. You don’t have to listen, I thought. ‘Rosalie Cu-’ he started to yell.
‘Edward, be quite! You’re scaring Nessie!’ I snapped.
‘Rosalie. Nessie is Bella’s daughter. Hand her over to her mother.’ His words cut open a vast pool of pain that I had been trying to hide for days. I handed Nessie over and started to proceed to my room. ‘Rose, I didn’t -’ He had caught up with me. Oh how I hated him.
‘Go away Edward,’ I said. ‘Nessie is probably looking for her father.’ The tone of my voice was obvious.
‘Rose, you don’t have to be like this, you’re Nessie’s aunt, remember?’ he said gently.
‘Again, go away, Edward.’ He stared at me, frustrated.
‘Fine!’ he snapped. I smirked. I went into my room. There was something I needed to see here...
I slid open my closet door. There was a red and gold suitcase in here where I kept a few important documents and pictures.
‘Hey, Rose,’ said a voice from the doorway.
‘Did Edward send you?’ I asked my boyfriend warily. He laughed my favourite sound in the world.
‘No,’ he said.
I stood up. ‘Have you gone hunting yet?’ I asked him.
He sped over to me. ‘I was hoping I could go with you, actually. Have you gone yet?’
‘No,’ I said.
‘Cool,’ he said enthusiastically. ‘We can go tomorrow or today with Alice and Jasper.’
‘Let’s go today.’
‘Are you sure?’ he asked doubtfully.
I laughed. ‘Yes, I’m sure.’
He laughed again. ‘C’mon, Alice and Jasper are leaving soon.’
‘’Kay, one minute,’ I muttered.
‘Only one, though,’ he said very seriously.
‘That’s fine by me,’ I said.
He sped out the door. I heard him running down the stairs. I smiled at the image of it in my head as I started to take out the suitcase. I unlatched it and took out an envelope. I opened it and took out a few pictures.
I smiled at the pictures. My human life seemed so nice when you looked at it from a vampire perspective.
It showed me at age 15 with my two best friends, Bill and Alfred. They were gorgeous, pale-skinned, and golden-eyed. Bill, short for William, had black hair that swept across his forehead but didn’t reach his eyes. Alfred had short brown hair. The picture was with human me in the middle of them, they both had their arms around me, and we were laughing. I flipped to the next picture, which had Al and Bill, taken by me. They had their arms slung around each other, roaring with laughter. The third picture was of me and Bill. The fourth and last was with me and Alfred.
I tucked the pictures away, sighing. Putting away the suitcase I straightened up to notice Alice in the doorway. ‘Hey Rose, c’mon, we have to get going!’
‘’Kay,’ I muttered. ‘You see anything good?’ I added in a louder voice. She laughed and shook her head. ‘Ah well, maybe we’ll find some mountain lions.’
She rolled her eyes, still laughing. ‘Just hurry up, would you?’
‘Alright, alright! So impatient!’
‘That’s because I can see the future!’
‘So that means you have to be impatient?’ I shot back.
‘C’mon,’ was all she said, dancing down the stairs. I followed her quickly.


what do u think?


a disappearing number was the name of the play :D

hampir setahun yang lalu lemony44 said…
Accio! I like both but the best one is sweet perfection! Isnt he?! I love that song!
Hey waht happened to Fizzle?

HELLO!!!!!!
I'm in Hong Kong nao...
I miss talking to you, even though it's only been 3 days.
bahahahahahahaha, in a book I just finished this morning, there was a George, Ginny, Luna and Alonzo. and at one point someone said Allon-sy! I lol'ed.
It's really hot here, so most of the time I'm in shorts... except for the slight risk of typhoons.
I have this really awesome ring, that I'll post a pic of when I get home.
I LOVE YOU ALL AND I MISS YOU!!!!!!!

(my ipods nearly out of battery.... and we haven't got an adapter for the plugs here. :'( iz sad about that.)

hampir setahun yang lalu FredWRules said…
btw, how many pages have you managed to ad in three days?
I'm proud.

hampir setahun yang lalu lemony44 said…
Hello! I havent talked to you in forever! I dedicate this to you Dear Fred 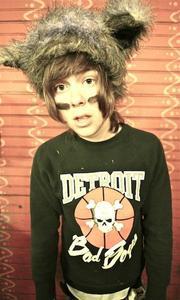 Hi :D x
Everyone always seems to join when Im about to go to school :L x

play was GREAT, lots of physical theater, and jumping around from the past the present and the future. Very very good! very sad :( 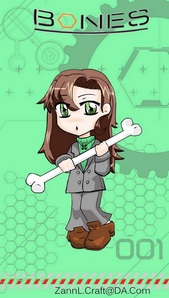 hehehe one of the teachers at my work experience place thought I was in uni :)

hampir setahun yang lalu mooimafish17 said…
i got work experience at a theatre company and one of the blokes though i was OUT of uni, like 24 :D

(he was VERY fit)
Previous
Something to say? Sign in with one of these options:
Log in to Fanpop! Not yet registered? Create a new Fanpop account!