hampir setahun yang lalu lucius_malloy said…
don't have any, sorry... too dark to get a good pic. but I'll try tomorrow :)

hampir setahun yang lalu 1-2vampire said…
you all go through these like faster than my dad goes through the pies :) ^ YAY! someone else who is in the night time - time.

hampir setahun yang lalu lucius_malloy said…
through these as in pages?
and I'm in GMT+2, what about you?
and now I'm actually going :D

hampir setahun yang lalu 1-2vampire said…
just GMT. LOL.
I'm here too but I'm mainly here because I'm sorta bored and I noticed that this has been turned into an awesome-chat of my two favourite things - HP and DW. Awesome.

Oh no..... I was reading the Deathly Hallows in school today, and I got to the part where Fred *gulp* died and I burst into tears in the middle of class.

hampir setahun yang lalu SEEKER6 said…
BTW DID YOU KNOW THAT NEXT YEAR PART ONE(!!!???) OF EFFING
BREAKING DAWN COMES OUT IN NOVEMBER!!!!???? HOW FAR WILL STEPHANIE MEYER GO!?

hampir setahun yang lalu PotterForever said…
She'll stop eventually. Someday, people will look back on Twilight and say, "what the hell was that?"

hampir setahun yang lalu PotterForever said…
I know some people who are twi-hards, but they aren't the obsessed lunatic type. They also agree that Harry Potter is vastly superior to the point where you can't even compare the two.

hampir setahun yang lalu PotterForever said…
I cant believe nobody made a Tonks spot yet!

Really I thought I saw one.

hampir setahun yang lalu PotterForever said…
Oh, I just found the Nymphadora Tonks spot. I didnt even know there was one. Now, someone needs to make a Ted Tonks spot, and a Teddy Lupin spot. (that is assuming there isn't already one.)

:D Ohai guys.
I just watched 'The Perfect Wife' at the theatre.
Now I'm going to bed.
But I just thought I'd say hai.
And let you know that I am not a a whore/slut/skank/druggie, just incase you guys think it. Kayyeeee?
Love you guys lots, like jelly tots <3
xx Nugget (or Accio/Alice as you may know me) x


EDIT: Just realised I'm on my old account. But yeah, this is
Acciopandorica , incase y'all didn't know :D xx

hampir setahun yang lalu harrypotterbest said…
Hmm... Do you think a ff about Narcissa and Lucius is stupid?

And Best, I think that sounds like a beautiful ff to write :D x

It is :)
I cba to change right now, cause I is longing of :D
Night Best and whoever else.
Love you loads like frogs and toads :D
Nugget/Accio/Alice/Tonks/Whatever you wish to name me :) x

*And just to reiterate, I am not a total slut/druggie.:/ x*
KTHANKSBAI

Narcissa Black
Chapter one – At Hogwarts
I put on the Sorting Hat, hoping I would be in Slytherin. The Hat took some time to decide, but in the end, it shouted to the crowd, ‘Slytherin!’ Feeling immensely proud of myself, I replaced the hat on the stool and briskly walked over to the Slytherin table, which was all cheering for me. But I only wanted one person... my eyes scanned over the table and spotted him, sitting near the edge and motioning me to come over. I sat next to him, and he immediately said ‘Hi Cissy!’ Rather enthusiastically, I noted.
‘Hi Lucius,’ I said, shy near him.
‘Congratulations on being in Slytherin,’ he said.
‘Thank,’ I said, not knowing what to do or say next. Luckily for me, Dumbledore got to his feet then.
Lucius scowled at the sight of the headmaster. ‘We should really have a Slytherin headmaster, don’t you think?’ I didn’t respond. I wasn’t fond of Dumbledore, but I didn’t hate him either. He was a good headmaster, except for being a Muggle-lover and a Mudblood defender.
‘So tuck in,’ said Dumbledore, clapping his hands as food appeared on the plates. I smiled and took a little of everything.
‘Hungry, are you?’ asked Lucius, who wasn’t eating but watching me.
‘Very much,’ I said with a smile.
‘You look very nice in your Hogwarts robes,’ said Lucius, winking at me. ‘I’ve only ever seen you in dress robes,’ he added, laughing.
I blushed red, and took another bite of my mashed potatoes. 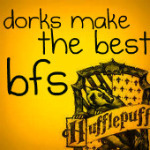 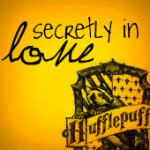 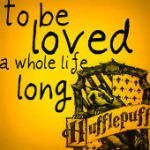 hampir setahun yang lalu boolander25 said…
Anyone have any good quotes from books or movies I can use? 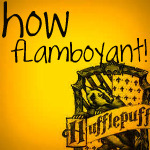 hampir setahun yang lalu harrypotterbest said…
‘NO!’ cried Andromeda Tonks, as she caught sight of her daughter lying on the deathbed next to her son-in-law, Remus Lupin. ‘No, no, no,’ she sobbed, and laying her head on Tonks’s chest she cried out her heart. Now, now, she truly only had one person to live for: Ted Lupin, her grandson. ‘Please, no, Tonks, Nymphadora, Dora, please!’ If only she had her husband, he would have shared the pain with her, made it easier. But now they were all gone, and there was no way she could bring them back.
Totally alone in this cruel world, Andromeda Tonks cried until she had no tears left. Exiled from her family, the Blacks, she had found love with Ted Tonks, and their daughter Nymphadora... and Remus... all gone...
She knew she shouldn’t have let Tonks go, that she should have gone with Ted; it would have saved her this unbearable pain. She stood up, her eyes puffy and red, now silent tears were flowing down her cheeks, she didn’t bother to stop them, gazing down at her daughter’s body, she felt as though she had lost the one person she lived for.

To Be Continued - have posted on the Andromeda spot
link

I truly do ship them. 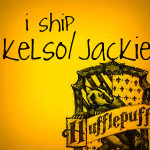 hampir setahun yang lalu boolander25 said…
I ship them too. 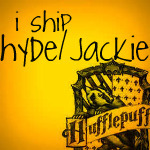 hampir setahun yang lalu FredWRules said…
wotcher tonks :D
Previous
Something to say? Sign in with one of these options:
Log in to Fanpop! Not yet registered? Create a new Fanpop account!