hampir setahun yang lalu mooimafish17 said…
its friday night, and im to sick to go out :(

hampir setahun yang lalu FredWRules said…
n'awwww.
but wouldn't that require having a social life?
oh, and day after tomorrow is my 14th birthday.
just thought you should know.

New page! I posted my fanficin the articles section. Oh God, now I feel self-concious, I hate the way I wrote in the sixth grade!

So what are you up to?

hampir setahun yang lalu emilyroxx said…
Ah, I'm still on Hunger Games. All of the copies were checked out of the library, so I couldn't read it.

hampir setahun yang lalu harrypotterbest said…
It's soo good, but not even close to HP standard... then again, what is? 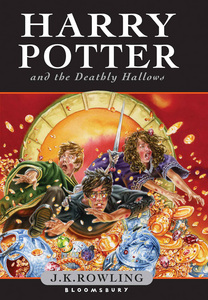 hampir setahun yang lalu emilyroxx said…
OOH! I wrote an article!
link
You'll only get it if you've seen Avatar the Last Airbender.


That night Narcissa could not fall asleep. Getting up, she went outside to the balcony in their room. The stars were shining down on her. She smiled. ‘I can see Andromeda,’ she said to herself quietly.
The cold breeze blew her golden hair. ‘Couldn’t sleep?’ asked someone. She glanced behind to see Lucius; who else would it be?
‘Yes,’ she replied, turning her gaze to the stars as Lucius walked over to her.
‘It is a beautiful night,’ he said softly, putting his arm around her. ‘Look,’ he pointed above, ‘I can see your sisters.’ He stroked Narcissa’s hair and whispered to her, ‘but they aren’t as beautiful as you.’
‘Oh Lucius,’ breathed Narcissa as a tear slipped down her cheek.
‘I love you,’ was what he said, kissing her. She rested her head against his chest, sighing, her hand around his neck.
‘I know,’ she said quietly, closing her eyes.
She could feel his gaze on her, and knew his eyes would reflect the love he felt for her. ‘Is anything wrong?’ he asked, taking her hand in his.
Narcissa opened her eyes to look at him. ‘I was just feeling lonely,’ she responded.
He took both her hands in his now; facing her, he said ‘You never have to be lonely again.’
She was silently crying now, not knowing why. ‘Narcissa! What is it?’ asked Lucius anxiously. She took a deep breath to calm herself.
‘Nothing Lucius,’ answered Narcissa carelessly, but Lucius know her too well to fall for that.

@moo: It was a band performance for some festival thingy. We played a few old songs and some children's songs.

hampir setahun yang lalu lucius_malloy said…
hey all :)
best, awesome :) as per usual. also, thanks for the bronze - it kinda slipped my mind.

hampir setahun yang lalu FredWRules said…
nice. I'm guessing you've read it so many times that it doesn't really matter what language it's in.

hampir setahun yang lalu mooimafish17 said…
your English is very good malloy - did you learn it at school or do you speak it at home?

hampir setahun yang lalu lucius_malloy said…
neither - I used to live abroad :D
although I do take it at school nowadays, but it's native level, so it wouldn't help much :P and me and my sister do sometimes, but not that often.
and I hate reading in Finnish.

WHY THE BLOODY HELL DID SOMEONE WITH THE USERNAME ISABELLAMCULLEN JUST ADD ME AS A FRIEND?
MERLIN, WHY?

hampir setahun yang lalu lucius_malloy said…
okay, maybe she isn't that horrible.
she doesn't even have twilight in her fave books... so maybe I over-reacted a bit :D

I never did get the point of tumblr.

hampir setahun yang lalu lucius_malloy said…
O_o
I read a Six Billion Secrets about Asperger's, which lead me to Wikipediaing it to see what it is exactly...
and siriusly:
people with Asperger's are often
- better at writing than at talking to people, because they are careful to choose words that mean exactly what they want to say
- very good at remembering rules, laws, systems and important facts. This talent is useful in many types of work
- may feel lonely and unwanted.
Asperger Syndrome is sometimes called "wrong planet" syndrome because people with Asperger Syndrome often feel that they are quite normal but are living in a world full of aliens

Yes, but because you've read it, you're trying to find links between Aspergers and yourself.
I did the same thing when I had to stud Schizophrenia at school, I got well freaked out. Then I realised that I'm just being paranoid and forgot about it :) x

Also I have no idea on what any of that ff slang means so...sorry :) x

hampir setahun yang lalu Accio_Pandorica said…
Oh dear. I haven't got ANY internet, and the only time I'm going to be able to go on it ALL WEEK, nobody is here :/ x 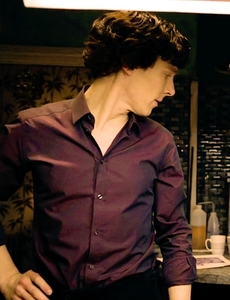 Yaysz.!
And is that the guy of that sherlock thingy on the beeb? x

hampir setahun yang lalu mooimafish17 said…
yes accio - the one and only ;)

hampir setahun yang lalu mooimafish17 said…
hi best :D
Previous
Something to say? Sign in with one of these options:
Log in to Fanpop! Not yet registered? Create a new Fanpop account!