hampir setahun yang lalu LifesGoodx3 said…
I didn't think so. I wonder if Dumbledore ever fancied anyone other than Grindelwald...

HELLLLLOOOOOOOOOOOO!!!!
I have inquiry today, so I'll be able to go on again soon.

HEY ANOTHER NEWBIE!!!! HI NEWBIE!!!!!! *waves excitedly while jumping up and down*
I like newbies :D
and you made really good points!

I guess it's cause I just acted like I had been here all along, lol :D

@jodarchy: I don't think I ever welcomed you, so this is my welcome to you :D

I'm on during class :D
but this class is boring, so no loss.

HAHA my PE teacher thinks that we care about what grade we get in PE.

hampir setahun yang lalu harrypotterbest said…
Even worse this time, when they say 'u should go to hell!!!1' but misspelled and in caps.

yeah i have had that one directed at me too, it was after i responded negativley to the robert pattinson is hot comment lol i said that i would rather go to hell than look at his face as it was much hotter lol my brain wasn't firing on all cylinders and i didn't want to be mean to a child who needs english lessons

hampir setahun yang lalu LifesGoodx3 said…
Haha no problem. You "fan" people by going to their profile, on the left side of the screen below their information it should say "Add to fan list". I hope that made sense :)

hampir setahun yang lalu harrypotterbest said…
lol, in my Cissy + Lucius ff, in Cissy's final year, Sirius annoys her in her compartment. I just had to have the Marauders do that!

hampir setahun yang lalu LifesGoodx3 said…
Well Sirius would do that. What about James though? They're kind of like a team ! :D

hampir setahun yang lalu harrypotterbest said…
Yeah, the Marauders intrude. It gets VERY close to a duel. See - I'm not finished yet but whatever:
‘I better get going, the train’s about to leave,’ said Lucius, kissing me goodbye. I sighed.
‘I’ll see you –’
‘Sooner that you might think,’ he grinned as though keeping a secret. ‘Don’t enter, though,’ he said, his smile vanishing.
‘What are you talking about?’ I asked him, curius.
‘It’s apparently classified information, until such time as the Ministry decides to release it,’ he said in a pompous tone.
‘Lucius!’ I whined.
‘I better get going,’ Lucius smiled. ‘So see you Cissy – soon. Very soon,’ he winked at me. After another kiss, he left the compartment. He waved to me from the platform.
I took a seat and watched the platform zoom out of site. The country soon replaced it as I thought of what Lucius had said. Disclosed information. I rolled my eyes. I’d find out soon enough, right?
The door slid open again, and in stepped that blood-traitor brat. ‘What do you want, blood-traitor?’ I snarled.
‘Relax cousin,’ he said coolly. ‘So what have you been up to?’
‘I am no cousin of yours,’ I said, holding my head higher.
‘Seriously?’ he smirked.
‘Get out of here, blood-traitor!’
‘Is that your favourite word now, cousin?’ he said, taking a seat opposite to me. I hissed at him.
‘What do you want?’
‘Hey, relax, we’re family!’ He raised his hands. I whipped out my wand. He mirrored my actions. ‘What’re you going to do, fight me?’
‘Why don’t you get the rest of your scummy friends to help you? Or have they ditched you as well?’
His face tightened. ‘Don’t talk about the Marauder’s like that,’ he said abruptly.
I laughed humourlessly. ‘The Marauder’s, huh?’ I said scornfully.
Hi smirked. ‘Yeah.’
‘Hey Sirius, where’d you get off to? I’m serious, Sirius where are you?’ called a voice, as others roared with laughter.
‘Right here,’ called Sirius.
‘Shut up,’ I hissed.
‘Scared of the Marauders?’
‘Oh, there you are Sirius, we were debating whether to dump Snivellus’s – oh,’ said that boy the blood-traitor always hung out with, I think his name was Jades.
‘Hello,’ the boy with messy black hair and glasses – Jades – said.
‘Cissy, this is James,’ introduced Sirius.
‘Don’t call me that!’ I said, furious at him. ‘And what are you doing here?’ I spat at James.
‘Making sure Sirius doesn’t blow you to bits,’ said Jades coolly. The other boys laughed.
‘You seriously – ’ I got a smile from them, and changed my words – ‘You honestly think he could beat me?’
‘Er, yeah,’ said James, raising his eyebrows. ‘Spare her, Sirius.’
‘What’s your blood-status?’ I asked James.
‘Why should you care?’ he asked coldly. I glared at him. He sighed. ‘Pure-blood,’ he said, with no pride in his voice.
‘Blood-traitor,’ I turned to the window.

So, what's up guys?! I ate potatoes yesterday. Yummy stuff for a god, y'know.

Hi to ALL NEWBIES!!! *cheeky grin*

Random sidenote: I ate POTATO yesterday. Now you must WORSHIP ME!

hampir setahun yang lalu GemonkDruid said…
How about... no. *worships Spike instead*

hampir setahun yang lalu PotterForever said…
gurl, you do not eat the potato. you have shamed us. 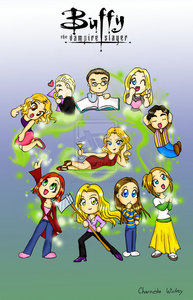 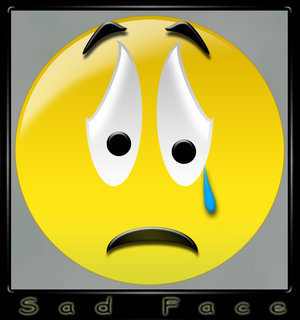 You CAN'T ACCEPT THAT?!!?
Oh, you can't accept that potato is gone... well, RIP Potato.

Wait, more potatoes in the farm! CHARGE THEM!!

hampir setahun yang lalu PotterForever said…
I can accept the potato is gone, now, because I have all these. 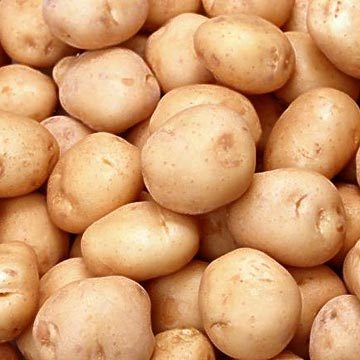 This is what I wrote to my friend once at school (the one that loves Twishit): (cake=literature, fly=Twishit)

There is a cake. That cake was very beautiful and very tasty. But then there is a fly that landed on it. Is it still safe to eat the cake now that the fly landed there?

It means: the fly (Twishit) ruined literature and now people recommended Twishit as a good read (although MOST people chose to burn the book).

I once embedded a video on that here XD I love that vid SOO much.

hampir setahun yang lalu lucius_malloy said…
Did you know that the average temperature up here only needs to drop 5 degrees to get another ice age? O_o
and I just realised there's only two months left until I go to Brazil (Y)

At least that's what my brother said anyway...
Previous
Something to say? Sign in with one of these options:
Log in to Fanpop! Not yet registered? Create a new Fanpop account!