“Hugh, what are anda doing?” Lisa asked, her voice shaky.
There was still half a foot of angkasa between them, but he still had her hand and was rubbing the soft skin of her palm hypnotically, his eyes boring into hers.
“Nothing,” he berkata lamely.
“Hugh…” Lisa’s stomach dropped to her feet as he began to lean forward, excruciatingly slowly. “Hugh please, anda can’t keep doing this to me! You’re married.”
Hugh stopped, their faces just inches apart. “No,” he said. Lisa looked at him. “I’m not.” 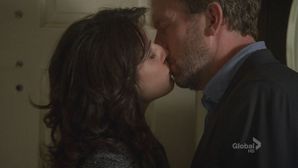 Ok, do anda have ANY idea how many times I had to watch the Ciuman scene to get this chapter right? Honestly, the things I do for anda guys... ;)

~*~*~
Someone handed Cuddy’s jaket to Lisa for her to put on as they started the scene, and the two actors glanced at each other once more, unconsciously seeking reassurance before they started.
“Action!”
Lisa started to struggle into her suit jacket, frowning slightly. Had it always been that tight around her shoulders? Pulling it on, she looked up at Hugh.
“So...
continue reading...
December/December - Chap 34 - Part 2
posted by HuddyBea
Ok I am not gonna wait any longer...you catch up if anda please. Otherwise if too much time passes anda miss the peminat of it ;) Enjoy but review guys!!!! How am I supposed to know my readers haven't left the spot tired with Hugh & Lisa?! Come on xD

Anyway....things are getting hot *whistles*


“What!? What?!”
David woke up with a start, as someone lightly felt like being slapping him on the cheek.
He sprang ke hadapan and leaned to his knees.
“What?!” he asked again, passing one hand over his face.
He blinked a coupled of times. Katie was looking...
continue reading...
1
December/December - Chap 34 - Part 1
posted by HuddyBea
See? I am getting better at coping with my new life :D
Here's the thing, I have sth like five chaps in a row almost ready. seterusnya one certainly is, and the part 3 is in progress and I think it will be ready sejak Sunday. So if anda leave a "check" below, I'll know when I can post part 2, alright? Here we go, hope anda enjoy the tension ;)

David sprawled himself some lower onto the couch. He smiled again “We are gonna see sparks I believe...”
“That’s way I wanna stay around....night’s not over yet”
He abandoned his head backwards...
continue reading...
4
December/December Chap 31 - Part 2
posted by HuddyBea
“So…?” she asked him, glancing up once again “What’s on your mind?”
Hugh stalled for a moment. Then shook his head, smiling feebly “Nothing….nothing, really…I was just…I…”
“You’ve been pretty pensive all night long anda know….” she cut him off, gently “…and I have seen enough of that look on your face to recognize the signs….” she added smiling with her eyes.
Hugh dropped his jaw a little. Then something began to warm him up.
She crossed her arms over her chest, staring up at him sweetly “…will anda please let me in?”
A real smile erupted on his face...
continue reading...
6
December/December - Chatper 5
posted by HuddyBea
Update guys!! :) God I loved this chapted...I loved Penulisan it, don't know why, but I truly felt it. In my veins, I mean. As far as the result is concerned...you tell me :)
Special thanks to @rrennie this time, who gave me a critical opinion. Hope my official editor will be back soon ;) I have missed her this time, although @rrennie was a doll. Enjoy!

"He finally shrugged, Now and soon. All-in then. He needed to address this. “Ok then. Sounds like fun Count me in”....

“Kudos to subtleness” Rob muttered.
Hugh turned to him, lowering his voice incredulous “Are...
continue reading...
5
Doubt
posted by BeantownBoriqua
This idea just came to me and it wouldn't go away. As much as I tried to study this wouldn't leave my brain. So hopeful anda like.

It was late at night everyone was asleep, well that is everyone expect for Lisa. Here she was laying in katil with the man she loved and for some reason her brain just wouldn’t stop. She couldn’t take it anymore; she slow got out of katil so she wouldn’t wake Hugh.

Lisa walked into the living room and sat down on the couch. As she sat there she thought of how she got here. They just finish shooting the ending of...
continue reading...
4
So Hugh Didn't Win An Emmy...
posted by playingcold
Five stages of grief

1. Denial
This can't be happening. I'm sure this is just a dream. I had to fell asleep. For God's sake! It's already 3 AM here. Damn time zones! Phew, what a nightmare: Bryan Cranston won.
Wait a minute... This is not a dream...

2. Anger
What the fuck! Did the Emmy voters gone mad??? "Broken" and "Help Me" wasn't enough to prove that he is the best actor on the whole world??? Okay, stay away from me people, I have the urge to punch someone on the face!

3. Bargaining
Okay, he didn't won but at least he still looking gorgeous.

4. Depression
What's the point of looking hot if anda can't...
continue reading...
14
Wishes- prologue to Hilly's newest fic :D
posted by huddyislove
I promised you'll get this week sometime this week, and well, I really got down to it, and I'm happy that I can present anda with the prologue today :DDD
So, I really hope that anda like this one guys,
Cause, boy, I am taking a really really HUGE risk out here, and anda won't know what it is till chapter 1. :P
I'm hopeful anda will like it, cause I'm both scared and thrilled about it :D

Hugh sat in his living room, scotch sipped in a glass somewhere in the afternoon placed on the coffee meja, jadual in front of him, expecting his Chinese take out to arrive any moment. It was a...
continue reading...
17
Just Friends 24
posted by maverickangel35 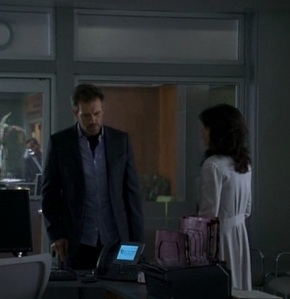 *prepares protective umbrella for the barrage of tomatoes and cabbages that will surely be thrown her way...*

~*~*~
Eight atau nine days per episode…
Lisa tapped the pen absentmindedly against the table, doing some mental arithmetic.
Five episodes left…
Greg and David exchanged looks, looked around to find the sumber of the noise, and glared.
Assuming the worst, figure on 45 days? So roughly a bulan and a half…
“Lisa!” Both men suddenly yelled, and...
continue reading...
21
Just Friends 21
posted by maverickangel35
Someone tell how in the world I ended up with 20+ parts to this...?!

~*~*~
“Morning, Hugh,” Lisa called, coming out of her trailer a week later. Filming had begun on The Social Contract, and she had not had reason to be on set for a while. Hugh paused where he was talking to David sejak the breakfast meja, jadual and smiled, waving her over.
“How’ve anda been?” He asked, feeling a strange, settling feeling come over him. The whole time she hadn’t been on set they had no opportunity to speak to each other, on the phone atau otherwise, and now that...
continue reading...
15
Just Friends 18
posted by maverickangel35
The clatter of dice against a felt-lined board startled Lisa out of her script reading, and she rolled her eyes, leaning back in her chair and letting her head fall back as far as it would. “Boys! Some people are trying to concentrate over here!”
“Apologies, your highness,” Hugh shot back, not even turning around to face her. Greg was eyeing the board suspiciously.
“Are anda very sure that last alih was legal?”
“We’re playing British rules, are we not?” Hugh tried, and Greg burst out...
continue reading...
20
Just Friends 5
posted by maverickangel35
Thanks for the reviews, guys! I fear this is going to be long, I just don't want to make it like they just automatically jumped into katil atau whatever, so... if nothing else, it is amusing me...

Michael Weston had fit into the cast and crew of the House MD set quickly and easily, as he was an easy-going personality and had been a peminat of the tunjuk for years. Lisa had only exchanged words very briefly since he’d begun, and so she sought him out early in the filming of Adverse Events, before the first scene they would be shooting together with Hugh.
“Mike?”...
continue reading...
14
The "Huli" Choice Awards (the REAL story) ; )
posted by Belle0308
I have no idea how many chapters I am going with this. Just a little fun in light of the baru-baru ini pictures and video that have kept us so entertained this past week. I hope anda all enjoy.

Shooting had just ended for the cast of House in preparation for the People’s Choice Awards that night. Lisa Edelstein was getting her last minit hair and make up touches done before jumping in the limo and heading to the awards ceremony. Olivia sat seterusnya to her getting primped as well.
“So how is your ankle?” Olivia asked.
“Not bad but I have to wear flats. They found some cute ones so I should be ok.”...
continue reading...
11
PCA New year, new life. One shoot
posted by BooBlue
The PCA had ended, Lisa was starving like Hugh.
"Hey, what do anda say if we had makan malam, majlis makan malam together?" Asked Lisa.
"Your place atau mine?" Hughes said.
"In my own"

Both got into the limousine. Arriving at the utama of Lisa, she kissed Hugh.
"This is great! We started the tahun great! anda divorced, I Cinta you, anda won 2 awards, mention that I Cinta you? "Said Hugh Lisa and kissed again.
"I Cinta anda too ... and what we'll eat? Because I really am starving! "
"Uhm ... yesterday I made some fettuccine, the one anda like!"
"Really?! So what are we waiting for?! "

Lisa only ate a small plate of fettuccine while...
continue reading...
12
Chocolate, Wine and Kisses
posted by tabbyhearts
Note: sucky fanfic alert! Okay, so I'm posting this at 3 in the morning because I realized that I might not have internet in NYC at our friend's apartment.

It's also really short because my baby, a Huddy fic, is taking up most of my time. But I could never forget Huli for the holidays.

Anywho, I shall shut up and let anda read.

It was Valentine's Day, and the city was abuzz with excitement; lovers, family, Friends and even the single ones, all celebrating in their own way. Most restaurants were filled now, along with the less classy bars, and some winter bearers able to face...
continue reading... 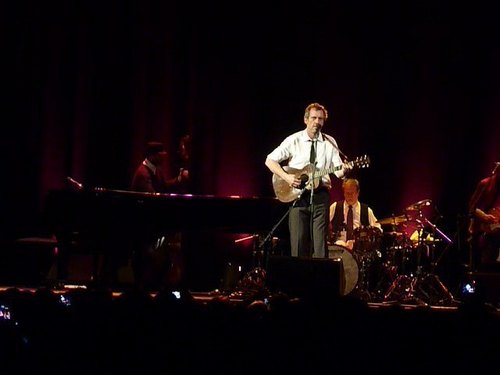 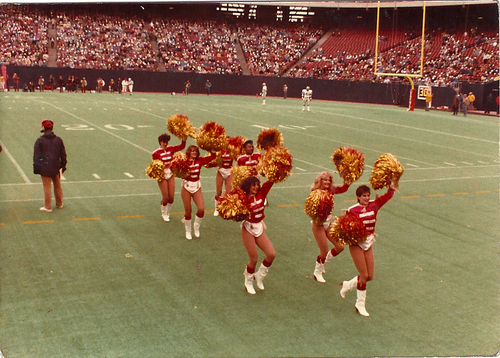 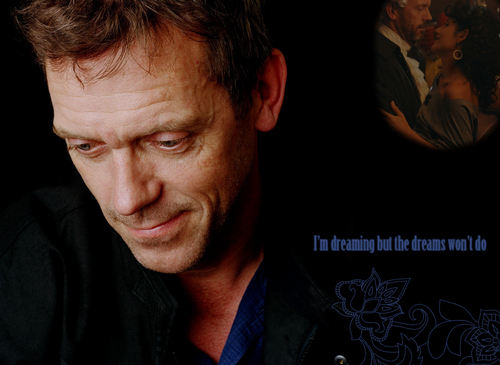 “What's going on?” Lisa asked of surprise as Hugh literally dragged her out from the set and put her in the car, just to drive away saying absolutely nothing.
Lisa had no idea Hugh had been planning a big surprise for her. Yes, he was going to propose.
After he'd told Becca about it, that hari when she'd confessed how much Lisa meant to her, Becca had insisted on doing it as soon as possible.
She'd told Billy and Charlie about it, she'd...
continue reading...
More Cards
1234567891011