Here, Let Me Help anda With That

Quidditch practise had been long and hard, and James was tired when he made his way back to the Heads' Common Room that night; tired but not overly exhausted and looking ke hadapan to spending the evening with Lily. They had agreed on a quiet night in – after two months of him dragging her around the castle, menunjukkan it to her in ways she had never seen before (and making...
continue reading...
2
An Epiphany In The saat Person: A Lily/James fanfiction
posted by lucius_malloy
You're walking down the draughty corridors in silence, but it isn't exactly an awkward one... lebih like loaded. anda can feel him walking seterusnya to you, back straight, staring ke hadapan in a way that seems almost forced. anda can feel him, but anda can't see him, because anda too are keeping your gaze fixed on a point somewhere far in front of you, and when that fails, determinedly looking anywhere but at him. You're still somewhat mad at him, and you're quite sure that he's mad at anda (because he has every right to be) but the pair of anda are Head Students, so anda have to patrol, whether anda want...
continue reading...
The years of Lily and James/part 3
posted by lilylove89
The Years of Lily and James Part 3

Summary:Lily plans a Ball and James won's the quitdditch match during the 5th year.

It was Lily's 4th tahun at she wanted to plan a ball for she went to professer Dumbledor and asked him if she could plan it.

"Yes, Proffesser",Said Lily walking up to him."I was wondering if we can have a ball on christmas?"

"Well that sounds like a good idea Lily",Said Proffesser Dumbledor."But anda know anda got to hang out flyers and find a place to decorate it."

"Well...
continue reading...
The years of lily and james/part 1
posted by lilylove89
TItle:The Years of Lily and James /Part 1

Summary:It is the first tahun of Hogwarts for First Lily meets up with Severus sejak this Makes Friends with Sirus and he meets will Lily fall in Cinta with?Find out.

It was during the summer and everybody had a thing to do.

"Can me and warna ungu tua, petunia go to the park?"

Lily had on a summer dress hair was long and she had the most amazing green eyes.

Summary:It is Lily and James 2 and 3 tahun at James is driving Lily crazy

It was almost time to go back to hogwarts for her and her mom went to Diagon Alley to get her school supplies.

When they got there, Lily saw Severus she ran up to him.

Just then James and Sirus came around the corner.

Then Lily turned around And Said,

"For your information Potter, I am not your girlfriend."

But Lily got red in the face and told...
continue reading...
1
A plus B equals C
posted by lucius_malloy
in which A is a slightly tipsy James,
B is the bright idea of going hal naik eretan, menaiki kereta yang ditarik and
C is some ridiculously adorable fluff.

You're sitting in the Gryffindor common room, something anda do quite often on Saturday afternoons, and attempting very diligently to do your homework while simultaneously watching the Marauders, well, be Marauders – an activity which tends to be quite loud and, if Sirius is in the room, slightly graphic at times, and therefore very distracting from homework, even if berkata homework is a most interesting Charms essay. You'll turn your head down, scribble down a few words, and...
continue reading...
lily and james potter
posted by lilylove89 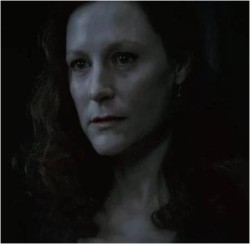 lily
L=Love, Which she is pure with love.
I=Independent, Which she was always.
L=Lily, Which that's her name.
Y=Young, Which she will be always young.

J=Joker, Which he was.
A=Attitude, Which he had.
M=Magic, which he is a wizard.
E=exicted, which means happy.
S=Sweet, which he was at the end. 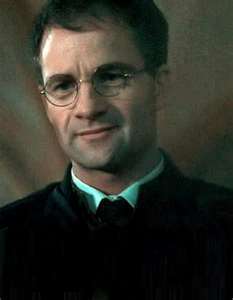 "Wake up",Said Mary throughing a bantal over Lily's head."You"ll Be late for breakfast and classes."

Mary was tall and always wore her black hair had brown eyes.

Lily was tall and thin she always wore her red hair up in a wore make up that matched her green eyes.

So they went downstairs for breakfast.

When breakfast was went there different Lily went to the girls prefect class and Mary went to a different class.

The new kids from Harry Potter