"This cannot be happening." Michael berkata as he jumped out of katil and began to put his clothes on. "Why the rush michael? why not just stay a little while longer?" Jenna asked. "No im getting the fuck out of here!" Michael exclaimed as he began to button up his shirt. "Well anda sure as hell were'nt saying that last night." Jenna berkata coldy as she sat up in bed. "Thats what anda think." Michael berkata as he grabbed his jaket and began to make his way to the door. "Hey michael whats your wife diane going to think when she hears anda slept with me." Jenna berkata sarcasticly. "She aint going to say anything because me and anda didnt do shit last night!" Michael berkata angerily. "How do anda know? anda were to fucked up from all the drinking anda did to even remember if anda werent so fucked up maybe anda would remember that anda nailed me last night" Jenna shot back. "Stay the fuck away from me." Michael berkata angerily as he closed the door and walked down to his suite and stormed in the door. "Dude where were anda last night?" Alicia asked as he walked in. "I dont wanna talk about it, just leave me alone." Michael went into his bedroom, shut the door and locked it.


About 2 weeks have gone and they are now in Flordia.Since the incident michael has not told anyone not even Alicia about what happened. Whatever was wrong. Alicia could tell it ws bothering him. Little did Alicia know all hell was going to break loose.


One hari after Rehearsing alicia decided to go to michael's dressing room and find out what went on at the party that night. When Alicia made it to his dressing room she knocked on the door. "Michael its me alicia open up i really need to talk to you." Alicia said. Without a word michael unlocked the door and let her in. "Dude whats been up with anda lately huh? ever since the party you've been Berlakon strange, whats going on michael?" Alicia asked her voice full of concern. Michael put his head down, "I cant tell you." , "Why not?", "Because if i told you, anda would probably not believe me." Michael said. "Michael have i ever not believed anda when anda told me something?" Alicia said. "No" ,"Well tell me michael, what the hell is wrong?" Alicia asked. Michael took a deep breath. "Apparently something happened between me and Jenna the night of the party." Michael replied. "What do anda mean?" Alicia asked. "Jenna tells me that i slept with her." , "WHAT?!" Alicia exclaimed in shock. "Shh!!! will anda keep it down!" Michael berkata in a harsh whisper. "Are anda fucking serious michael?" Alicia replied. "I dont know, all i remember is going in the louge to talk to her, her giving me a drink and then i blacked out and the seterusnya thing i know i wake up in her katil in nothing but sejak boxers and she's laying seterusnya to me-naked." Michael stated. "Michael have anda considered the possiablity that maybe she put something in your drink?" Alicia said. "Actually no i didnt." Michael replied. "You berkata she gave anda a drink right?" Alicia said. "Yea", "Well there anda go i wouldnt doubt it if she put a tarikh rape drug in your drink, so i think you'll have nothing to worry about." Alicia replied. "Yea i guess your right, hopefully this doesnt get any worse." Michael said. Just then there was a knock at the door. "Who is it?" Michael asked. "Its me." , "Oh what does that jalang, perempuan jalang want now?" Alicia said. "I have no clue and i really dont wanna find out." Michael berkata as he got up and opened the door. "Hey michael." Jenna said. "What the hell do anda want?" Michael asked angeriy. "Well i will tell anda as soon as miss know it all gets out of here." Jenna replied giving Alicia an evil grin. Alicia gave Jenna a dirty look as she walked out of the dressing room. "Well now that we are alone..." , "Just tell me what the hell anda want so anda can get out of my sight." Michael berkata flatly. "Well thats certainly no way to talk to your babymama." Jenna berkata crossing her arms. "Excuse me?" Michael asked. "You heard me." Jenna replied as she walked towards him and wrapped her arms around his neck. "Im pregnet and your the father." Jenna berkata as she tried to Ciuman him. "GET THE FUCK OUTTA OF HERE!" Michael exclaimed as he shoved her out the door and slammed it in her face. Jenna then stormed off, little did she know Alicia had been standing right outside the door and heard what she had berkata to michael. "Its about time to open a can of southern whuppass." Alicia berkata as she stormed off right behind Jenna........................

MJpixy, zseideljackson and 4 others like this
MJpixy OMG,this isn't happening!
asya10wooten omg
yoyojackson PLEASE TELL ME JENNA IS TEASING MICHAEL! PLEASE! PLEASE! PLEASE! But the last part was funny.
XxMetalFreakXx Holy shit she is gonna kick her ass!!!!!! 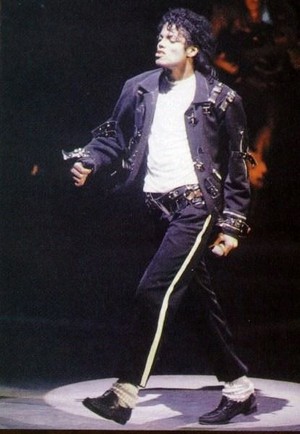 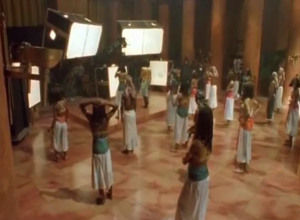 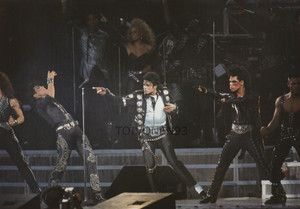 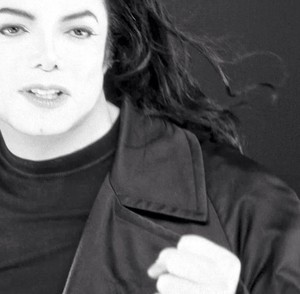 1
KING OF POP
added by HegiMjlover 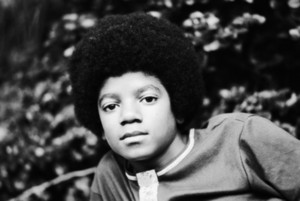 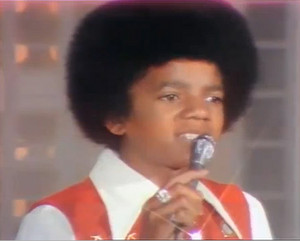 1
Michael Performing At The 1973 Academy Awards
added by cherl12345 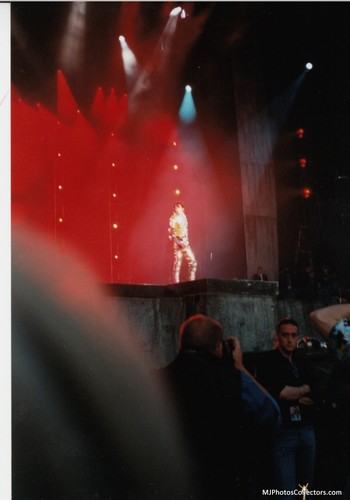 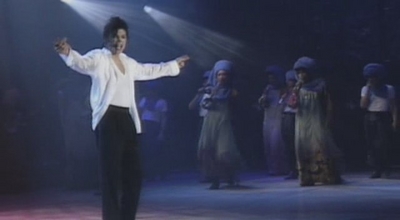 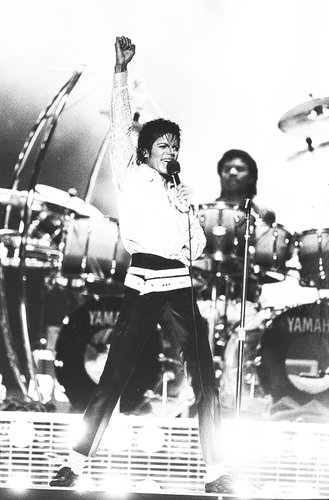 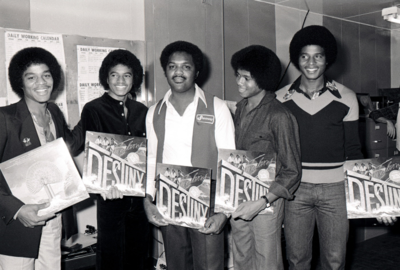 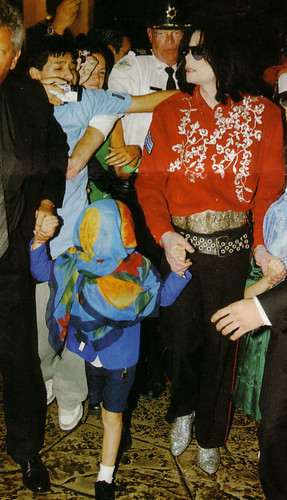 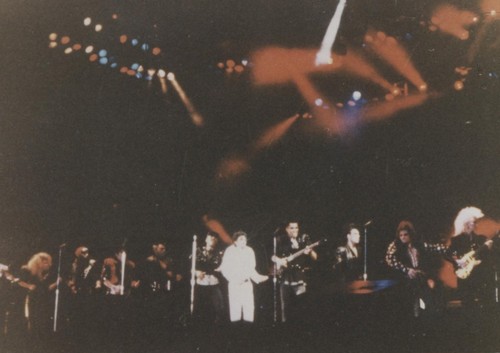 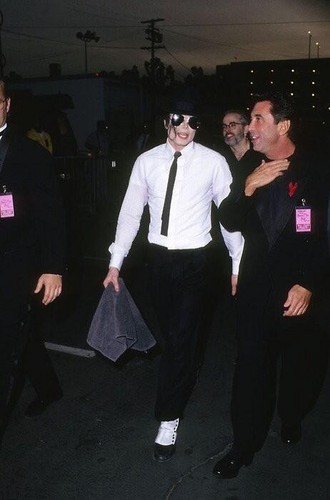 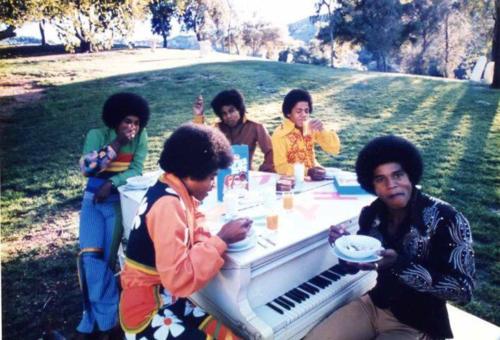 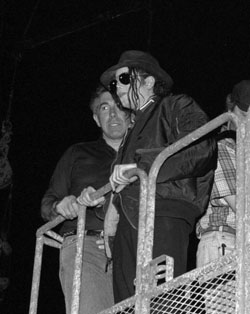 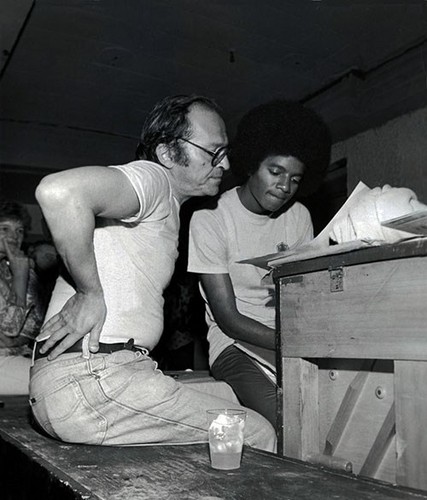 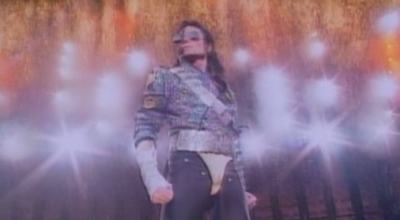 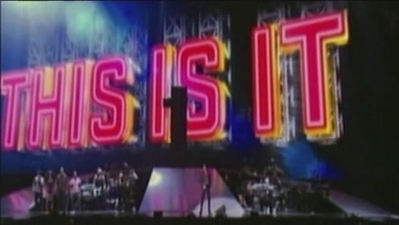 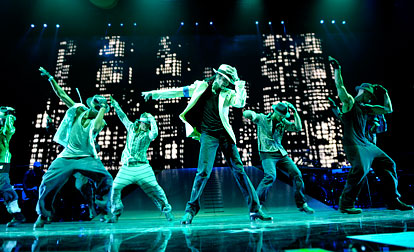 1
This is It
added by MJ_4life 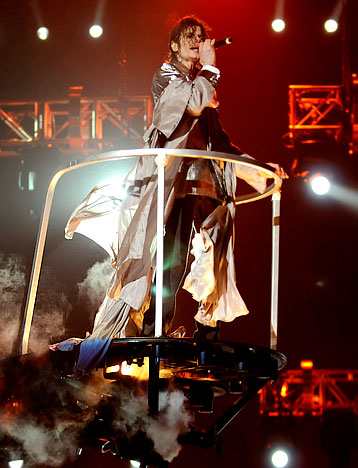