Confusing chat
added by Vyeshu
That chat made my brain explode like an nuclear explosive.
video 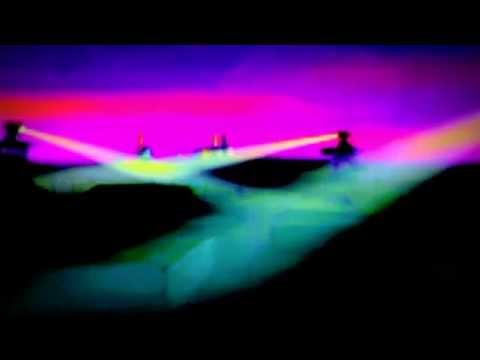 Sylwestrowy Armagiedą 2 - An NOBASISTUDIO's War Movie of 2012
added by Vyeshu
Naval base is threatened sejak nuclear missile. Admiral sent a group of 4 best people called "Pink Team". Transported with helicopter desant on enemy grounds, where they get information. Mission: infiltrate those ground and stop the missile.
video
war
movie
nob
noba
nobas
nobasistudio
wiechu
Noba The Wolf: Chapter 6 - Nightmare: The Night
posted by Vyeshu
Nightmare softly growled as he walked in.
-Who are you? - asked
-I'm nobody. - laughs - Nobody anda should know.
-Oh, really?
-Yeah, really Nightmare. It's Death, my dad. - Shade replies, growling at Death.
-Why do anda hate him?
-Didn't I told you?
-No, anda didn't.
-Ummmm... Noba, could you...?
-Well, sure... - balas comming closer to Nightmare - He killed her mum and wants now to kill her. What a lovely dad, isn't he? - berkata with anger looking at Death
-Owwww... I'm sorry...
-It's ok...
-Ummm, but Shade... what anda wanted to tell me before?
-Ummmm... nothing important I guess...
-Yeah, sure... I understand......
continue reading...

1
LOL
added by Vyeshu
NO DESC, NO COMMENTS!!!
video
LOL
wiechu
noba
nobasistudio
nobas
nob
Chapter 15 - Noba's mystery.
posted by Vyeshu
As night became hari and the sun was shining again,
Noba and Shade woke up as they felt sun rays on them.
They both cuddled together and kissed themselves.
-Good morning Shade, did anda slept well? - smiles.
-Morning, I wasn't sleeping, I was looking at your... anda know... - smiles and blushes - all the night.
-Oh dear no, did you?! - looks at - anda were really bad girl! - laughs softly.
-Yeah, anda get the joke. I just couldn't if anda didn't wanted to. - smiles.
-I know and I like that in you. - smiles - Well, this deer is still fresh. Bon Appetit. - smiles.
-Aren't anda eating? - bites a part of deer....
continue reading...
1
Noba The Wolf: Chapter 1 - The Pilot
posted by Vyeshu
A long time ago, in mysterious White Rock Valley,
existed 3 wolfs Empires: Shadow, Black Death and Bozkutlar.
Third one was defeated in serigala, wolf War I, but the rest is still fighting.

Shadow is Empire of Shadow Wolves, as it should say, and these are wolfs with wings.
Not every Shadow serigala, wolf was in Shadow Empire, but every of them has wings.
They can hide their wings in bulu than nobody could see it
and some of them can be invisible, like a shadow.
And Shadow Serigala have abillity to kill atau at least hurt, physically,
Demon Wolves, but every of them can be resurrected.
It's hard for Demons to resurect, but...
continue reading...
Noba The Wolf: Chapter 5 Nightmare: The Midnight
posted by Vyeshu
When Moon was tooking over and the night has falling in the whole valley,
every weird situation became just much weirder that it was.
Shade was sitting sejak Noba's side but she was talking with someone,
who Noba and Nithmare didn't saw, didn't heared.
It was her mum's ghost. Noba was looking at Shade oddly, thinking
something's wrong with her. She asked her mum about her sister,
how is she. After some time replied: "Oh, anda didn't saw her? Oh, ok.".
Noba asked who is she talking with, but to it she replied: "No, Noba is not my boyfriend."
Noba looked shocked for a bit and roused himself when she said...
continue reading...
Noba The Wolf: Chapter 4 - Nightmare: First Meeting
posted by Vyeshu
As both left the cave, they saw a strange wolf.
It was a black, male wolf, a little bigger than Noba.
He didn't saw them, but they saw scracthes on his side.
His name was Nightmare, but he didn't looked like normal wolf.
Some kind of black aura was floating over him.
As he turned eyes on them, they noticed a big scar under the one of them.
Three Serigala triped from Shade's family den to one empty.
They just found out they're enemys as empires, but only
Noba knew he's a Bozkutlar, probably last one.
He was a little scared from now. He didn't really showed it but he was.
He was looking at Shade almost all...
continue reading...
You Might Also Like...

PostSecret
Noba The Wolf: Chapter 3 - Daddy
posted by Vyeshu
They have been walking for hours now.
When they came to some river where puprle
trees where growing up and the sun was shining.
She started then to walk very quietly, like was scared of something
When noba asked, what's going on, she said: shhhhhh.
They came up sejak some rocks and got close to someone's den.
She whispered: It's my fathers den...
Noba looked in for a short while and fastly moved back scared.
- I..I...I believe anda now... He's eating a deer and there lies your mums body. - Looks at Shade, sadly - I'm sorry it happened.
- It's ok - she berkata calmly - I'm just mad at him.
- I hear some familiar...
continue reading...
Noba The Wolf: Chapter 2 - The Meeting
posted by Vyeshu
Is dreaming and sees the past, the war. Reminds what happened to him and his family during it.
Finds out anyone he ever known is dead. A tear rolls down his cheek as wakes up.
Opens eyes and looks over the place. There's nobody here and it's dark.
- It's night - says shivering from cold. Comes to the edge and looks at the moon.
Howls to the moon, hoping someone will hear it and find him. Doesn't hears any response,
but hears some hard breath not far from him. Looks over and sees white wolf, whimpering on a rock.
It has huge scratch on the side and one under the eye. Was a female.
- Hi, who are you?...
continue reading...
Noba The Wolf: Chapter 10 - Noba's wander
posted by Vyeshu
"What have I done. She'll hate me for that what I have done. I'm evil wolf. Evil of frigging devil. I deserve to die and didn't deserve it, to be with her"
Noba was thinking like that, when was going away from her, her den and the whole valley. He was going further through the snow.
At the same time Shade came out of cave where was the pound. Looked over and saw the track of Noba.
-He thinks he did wrong, - sighs - but he did well. I'm really tired now, but I'll follow him.
Shade moved up going sejak track that Noba left. After some time she went close to hunters hideout.
-Oh no... He... he wants to...
continue reading...
Chapter 14 - The holy laser.
posted by Vyeshu
When the night was vanishing as sun started to shine on the valley,
Shade woke up, felt someone looking at her. She though it was Noba.
-Hey, Noba! - yawns - Did anda slept well? - smiles.
-Ugh... maybe, if I ever slept... but I'm not Noba.
-Hehehe, okay Vyeshu - giggles and opens her eyes slowly.
Shade saw everything blurry as oppened her eyes and she saw an black wolf.
-Noba, anda look weird... Maybe because you're tired, anda should get some sleep.
-I berkata I'm not Noba!
-Yeah, whatever, Noba atau Vyeshu... - hugs and whispers - You'd better take some sleep, I'll go hunt.
-I'm not Noba atau Vyeshu, whoever...
continue reading...
Chapter 13 - The Shadow Realm.
posted by Vyeshu
They spend Midnight together, howling at moon.
A lot of things happened that day, so they were both tired and fastly went asleep.
They were both sleeping cuddled to themselves.
Noba felt someone on him and woke up, because he felt that it wasn't Shade.
As he oppened his eyes he saw Shade's mum, sitting on him and blushing.
-Ugh... what are anda doing? - asked whispering and felt a little pain sejak his lover parts - Is that what I'm thinking of?
-Yeah boy! - smiles - Your thing is sooo good! - blushes - Better than Death's for sure. - smiles - And you're really cute.
-Well... - he berkata looking at Moon...
continue reading...

How to make a Fanpop Club
added by Vyeshu
No komen :3
video
Noba The Wolf: Chapter 12 - Cassy
posted by Vyeshu
When the night became a day, our fresh mates woke up.
As they both oppened their eyes, they cuddled to themselves.
-Good morning, Shade. - smiles - How was the sleep?
-Well, it was really good. I finally slept well. - smiles - What about you?
-Hehe, I hadn't slept anyway. - winks - I just couldn't sleep when doing "it".
-What? anda did it? anda made me, I mean us a kid now?
-No! - laughs - I'm just kidding.
-Oh, ok... - smiles - anda know, I wish to do something like it with you, but want to remeber this.
-I know... - smiles - And that's why I didn't did it.
-Oh... I'm hungry.
-Look behind anda - smiles...
continue reading...
Noba The Wolf: Chapter 11 - Comeback to utama
posted by Vyeshu
Noba and Shade got teleported from cold ice den to an empty den.
-Where are we? Let me see - Noba walks off found den - I think I know this place.
-Really? - Shade walks off and looks over - Of course anda do, it's close to our den!
-Our? Ugh... anda mean as Friends or... - looks at embarassed - the other way?
-As a Friends of course. - smiles - I can only wish about the other way. - thinks.
-Well, ok I was stupid... Let's go. - smiles stupidly - I'm sorry I even though of it. I bet girls doesn't like it.
-It's ok Noba - smiles - And I though about that many times... - thinks.
-If it's ok, is that ok...
continue reading...
Noba The Wolf: Chapter 9 - The Final Showdown
posted by Vyeshu
Noba caried Shade to an purple pound which heals wounds.
Shade fainted while they were walking to it.
Noba putted her carefully inside the pound.
-Aaaaaaargh... - Shade yelled and jumped out of it.
Shade stared to shake and smoke was coming out her body.
Shade started shaking lebih and her eyes were flashing colours.
-Shade, are anda ok? If it's because of that pound I'm sorry, I just heared story about it as a kid.
-It, it's ok. I forgot to tell anda we can't get in it. It kills us Noba - looks down.
-Oh dear, really. I'm so sorry, I'm really sorry, I don't want to make anda die.
I feel awful. - goes closer...
continue reading...
Noba The Wolf: Chapter 8 - Revenge
posted by Vyeshu
When Noba finally woke up, he looked over the place for Shade.
Then he went outside and howled to call her. He was waiting for reply for some time.
A hari changed to night, but reply hasn't come still. Noba was thinking what stopped her and recalled about resurrection.
-Damn it! He... She... - growls - That scabby mutt took her with him! - eyes became blood red - He's so screwed now.
Noba stayed breathing deeply as rage filled up his body. An red aura showed over him and his bulu started to burn.
-You don't know what anda did - he berkata with demon voice as a little flame showed in center of his eyes....
continue reading...
More Cards
1234567891011