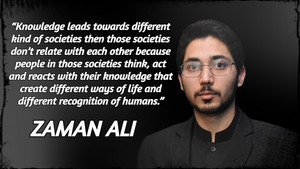 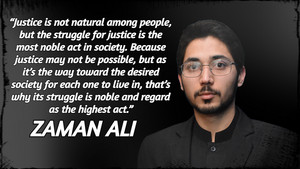 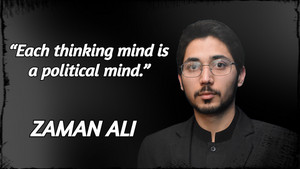 HUMANITY Understanding Reality and Inquiring Good
added by adminfp
1
The Idea of God is not Henceforth Relevant
posted by dramadoll
Well educated, intellectual people, especially scientists at all times demonstrate considerably smaller adherence to religiosity than others. However, there are still believers of the idea of the God in science. If we exclude from their number those who feel a painful requirement for external protection and support sejak virtue of their poor living circumstances, there are those who come to idea of the God as a result of amazement at a world that has many unsolved problems. The surprising diversification of subjects and entities can be scientifically formulated in principle as it can sustain the...
continue reading...


1. Give people lebih than they expect and do it cheerfully.

6. Be engaged at least six months before anda get married.

7. Believe in Cinta at first sight.

8. Never laugh at anyone's dreams. People who don't have dreams don't have much.

9. Cinta deeply and passionately. anda may get hurt, but it's the only way to live life completely.

10. In disagreements, fight fairly. No name-calling.

the problems of philosophy
added by brittanie81892

A philosophy professor stood before his class with some items in front of him.

When the class began, he picked up a large empty jar and proceeded to fill it with rocks that were about 2" in diameter. He then asked the students if the jar was full. They agreed that it was.

So the professor then picked up a box of pebbles and poured them into the jar. He shook the jar lightly. The pebbles rolled into the open areas between the rocks. He then asked the students again if the jar was full. They agreed it was.

The professor picked up a box of sand and poured it into the jar....
continue reading...
8
SCIENCE AND RELIGION DO WORK TOGETHER (amazing epiphany)
posted by philco11
The "Theory of Evolution" and the "Big Bang" theory work with religion.

In a book club meeting i had a theory that jus randomly flashed before my eyes within wat seemed a matter of seconds. It seemed to hav explained the secret of our universe.

Anyway during the meeting the "Law of Conservation of Energy" ran through my head. This law states that "Energy can neither be created nor destroyed it can only be transformed." This law brought me to two different theories.

The first part of the law: "Energy can neither be created nor destroyed." This law brought me recognize that it is infinite and beyond...
continue reading...


This should probably be taped
to your bathroom mirror
where one could read it every day.


1. There are at least two people in this world that anda would die for.


2. At least 15 people in this world Cinta anda in some way.


3. The only reason anyone would ever hate anda is because they want to be just like you.


4. A smile from anda can bring happiness to anyone, even if they don't like you.


5. Every night, SOMEONE thinks about anda before they go to sleep.


6. anda mean the world to someone.


7. anda are special and unique.


8. Someone that anda don't...
continue reading...
3
African philosophy
posted by dramadoll
Other philosophical traditions, such as African philosophy, are rarely considered sejak foreign academia. Since emphasis is mainly placed on Western philosophy as a reference point, the study, preservation and dissemination of valuable, but lesser known, non-Western philosophical works face many obstacles. Key African philosophers include the Fulani Usman Dan Fodio, founder of the Sokoto Caliphate of Northern Nigeria and Umar Tall of Senegal; both were prolific Islamic scholars. In the post-colonial period, different imej of what could be argued as "African" Philosophy from the level of epistemology have risen. These could include the thoughts and enquiries of such individuals as Cheik Anta Diop, Francis Ohanyido, C.L. Momoh, and Chinweizu.

The philosophy of the modern and contemporary African world, including the diaspora, is often known as Africana Philosophy. Key philosophers include Frantz Fanon, Kwesi Wiredu, Paget Henry, Lewis Gordon, Mabogo Percy lebih and many others.
More Cards
1234567891011