1
Kasey, The Legendary Pokemon- Part 4
posted by AnimeFan66
We return back to our amazing story on how a strange creature, known sejak the name of Kasey, is living in the world of Pokemon and how there is a possibly that he could be a Pokemon.

Walking out of the gym, holding the Pokebal where Kasey was in, Ash smiled while looking at it. He never berkata a word.

May: *Whispers to Dawn, Misty, Brock, and Max* Do anda think he's okay?

Misty: Well, he must be. If he was sad, that would tell us he's not okay.

Max: Well, why dont anda go up there and talk to him sis?

Misty: Well, you're excellent at talking to him May. Just go do it.

May: Fine. *Sighs and then walks to him*

The others stayed quite while watching the scene.

May: Hi Ash. Mind if I sit seterusnya to you?

May: Thanks. *Sits seterusnya to him and stares up at the sky*

For about a second, there was scilence. But then, May spoke up.

May: So, are anda unhappy that anda didn't won the battle?

Ash: No, I'm not unhappy about that. I'm just worried about Kasey is why I'm worried. I mean, we proubaly don't know a lot about him then he already told us. I mean, what is he's weak against electric type Pokemon? What if he's no where near as powerful then we think he is?

May: Well, maybe we don't know a lot about that stuff Ash. Why dont we go find a Pokemon expert and ask for advice?

Ash: Really? anda know someone around here who is a Pokemon expert?

May: Well, not excatly. But I'm pretty sure there's one around here somewhere. But I'll tell anda what we'll do first OK? Lets find a Pokemon Center and take Kasey there so he'll be recovered. And after that, we'll try to find a Pokemon Professor OK?

Ash: That sounds like a good plan May. *Smiles at her*

May: *Smiles too* Then lets tell the others to head out.

In the seterusnya scene, Ash and the gang made it to the Pokemon Center.

Ash: *To Nurse Joy* Can anda please heal my Pokemon?

Nurse Joy: Sure thing young man. *Smiles and takes the Pokeball gently away from Ash* We'll do everything we can to heal your Pokemon. *Walks away*

Dawn: *Walks to Ash* So, is he going to be alright?

Ash: *Turns to Dawn while smileing* Of course he's going to be fine. Nothing can kill that Pokemon.

Dawn: *Smiles* I guess you're right.

Everyone: *Walks to Misty*

Misty: Look. *Points to a poster AD that was telah diposkan inside the Pokemon Center*

Ash: So there is a Pokemon Expert in this town.

Brock: Maybe later after Kasey's recovered, we can go visit this guy and see if we can get lebih info on him.

Ash: Yeah. And maybe we can know lebih about his abilites too.

Dawn: I know. I can barely wait to see what else Kasey can do.

Outside from the Pokemon Center, Team Rocket were spying on Ash and the others. They overheard the info on Kasey.

James: What kind of name is "Kasey"?

Meowth: Maybe it's the name telah diberi to a Pokemon who has the speed and agility of a cat, and the brain of a human atau something like that.

James: That is the DUMBEST saying I ever heard Meowth!

Jessie: *Hushed them both* Be quite! I can't hear what they are saying.

Both James and Meowth: *Were quite*

James: And how are we going to make it without them beating us there?

Jessie: It's simple really- we'll have to walk down there and quickly.

James: *Sighs* Why do we have to walk again? We've been walking for hours and my legs are tired.

Meowth: Oh get over it already! anda know, we've both had enough of hearing your whinning. If you're so tired, then anda don't have to sertai us on this mission.

James: *Angered look at Meowth* That is so not true! I do want to be part of this mission!

Meowth: Then quit whinning and lets go! *Catches up with Jessie*

James: Wait for me! *Runs after them*

Meanwhile, back in the Pokemon Center, Nurse Joy returned back with Ash's Pokeball.

Nurse Joy: We're done operating on your Pokemon and it is in good condtion now. anda are now welcomed to take him now.

Ash: Thank anda so much for helping us. And for healing Kasey.

Nurse Joy: *Smiles while closing her eyes* You're quite welcome young man. And sejak the way, who's Kasey?

Ash: Well, this is going to be hard for anda to beleive Nurse Joy, but Kasey is a new Pokemon that we all discovered eariler today.

Nurse Joy: Is that so? A new Pokemon? Well, I wish anda good luck with it. anda know, there's a Pokemon professor who knows a lot about Pokemon and maybe he can help anda guys with learning lebih about this new Pokemon anda have.

Ash: Really? Thank anda for pointing that out Nurse Joy. *Smiles* We were acutally heading there right now.

Ash: Bye. And again, thank anda for helping me heal my Pokemon. *Smiles while waving bye*

A few minit later, everyone headed out to the labratory where the professor of Lakeview city lives and does his work at studying Pokemon.

Ash: *Looks at a large building* This must be it.

Max: Yeah. I've always been told that this labratory is the richest one in the world.

May: No it's not Max! And quit bragging about things like that. It's not ture.

Max: *Yells at May* It is too sis! All of my old Friends have always told me this.

May: *Crosses her arms while chuckling* I think your Friends don't know a lot Max.

Suddenly, a voice came through the speaker beacon.

Voice: Hello. Is anyone there?

Ash: *Notcies the speaker beacon and pushes the red button* Uh yes, this is Ash Ketchum. I am here to see the professor who works in this lab.

Voice: Well, you're talking to him right now Ash. This is Professor Nuka. I operate this labratory. So, you're here for some Pokemon advice?

Ash: Yes, we are. Will anda please let us in?

Professor Nuka: Of course Ash. Come on in. *Opens the gate entrance*

Ash and the gang started walking inside the estate of Professor Nuka. There were rich hedges, fountains, gardens, and even some Pokemon that are kept outside the lab.

When they entered inside the lab however, they all were really amazmed sejak the decorations and even expirments.

Max: Wow! This is my kind of place.

May: *Grunts* Give it a break Max! We all know this is your kind of place.

Max: *Sighs while looking at his sis*

Professor Nuka: Yes, I'm here. I was just checking up on one of my Pokemon Friends over there. So, what can I do for you?

Ash: Well, we have a Pokemon to tunjuk anda and we all need all the help we can get to learn lebih about this new Pokemon.

Professor Nuka: Sure. I can see what I can do. Call this new Pokemon out and I'll see his characteristics.

After Ash threw the Pokebal to the ground, Kasey did came out, but was in the form of a female singa betina, singa and was alseep.

Profressor Nuka: *Gasps* A lioness! Never, in a long time have I seen a beauitful creature such as this. *To Ash* Try waking her up so I can take a good look at her.

May: Let me try Ash. *Walks closer to Kasey*KASEY, WAKE UP NOW!

Kasey: *Gave a frightend roar and jumped in the air*

Ash: Was that really nesscary May?

May: What? I can give him the suprise treatment cant I?

Professor Nuka: *Examins Kasey* I must say Ash, this Pokemon is very unique in many ways. For insteance, check out his DNA.

Professor Nuka: Not quite Ash. This here is the Pokemon's DNA cells. See how enormus his DNA is? That means he's powerful. So powerful enough to take down the toughest Pokemon there is. Have anda been using him in battle lately?

Ash: Yes, only one time.

Professor Nuka: Then use him the saat time and you'll begin to see an increase in not only your Pokemon's skills, but his power as well.

Ash: Wow. But Professor, there is one soalan I've been wanting to ask you- is he really a Pokemon? Seriously?

Professor Nuka: Well, according to these DNA cells and his power leveling, yes he is.

Everyone: *Gasped as well*

Kasey: *Gave a curious look* Why is everyone looking at me strangly?

Professor Nuka: He can talk to?! Now I've seen everything! *Faints*

Misty: So, Kasey really is a Pokemon?

May: *Walks to Kasey while rubbing his neck* The Professor's right. We must use Kasey a lot in our Pokemon battles and we'll have to see on how much his power's are increasing.

Dawn: I agree with May.

Ash: And I agree as well. In fact...*Looks at Kasey* Are anda up for a saat chance on that last battle we had Kasey?

Ash: *Smiles* Good, because we're going back to that gym and we're going to see lebih of your amazing powers Kasey.

Kasey: *Smiles bigger* Thanks Ash. I promise I will not let anda guys down.

Meanwhile, Team Rocket has been listing the entire concept outside the lab.

James: Wow! A Pokemon that can turn into animals?

Meowth: That Pokemon is really against the odds. We've gotta catch that one too, along with that Pikachu.

Jessie: *Smiles* Yeah, it would be nice to have a singa betina, singa in our crew.

Both James and Meowth: What's a lioness???

So, it has come to the encouragment of Ash, Kasey and the gang as they are hoping to see a bigger change with Kasey and his powers. But what happens if Team Rocket comes out to no good again? And is there a chance of them stealing a lioness? Stay tuned for the seterusnya part of the amazing story, "Kasey, The Legendary Pokemon"
dawnpokemon likes this
1
Poke-nasta Masta game
posted by AKetchum01
Do anda collect Pokémon TCG? If anda do try this fun game I made up.
How to play
1 player: Three decks, two of 10 cards the other of 30. Shuffle them. Put 10 cards on one side near anda (In play) and 10 on the other, the 30 in a seperate deck (reserve).
Pick one card from the deck farthest away (other). Look at the in play deck and see if a card has a matching type (in the top-right corner). If none match, take 10 cards from the reserve, and put your current in play cards into a discard pile. If anda match all in play with the other, anda win! Run out of reserve, anda lose.
2
Kasey: The Legendary Pokemon- Part 2
posted by AnimeFan66
Our story of Kasey contuines in the Pokemon world. Lats time, Ash and Pikachu found a strange creature, a present hari rabbit, out in the forest and took it with them so it would need recovery later. The seterusnya morning however becomes a brival shock when Misty and Dawn were the first two to know about Kasey and himself. But, what secrets about Kasey lies ahead for the group? anda will find out now in this new chapter of "Kasey: The Legendary Pokemon".
__________________________________________________

Dawn: So, what is your name little guy?


sorry it berkata it had to be longer 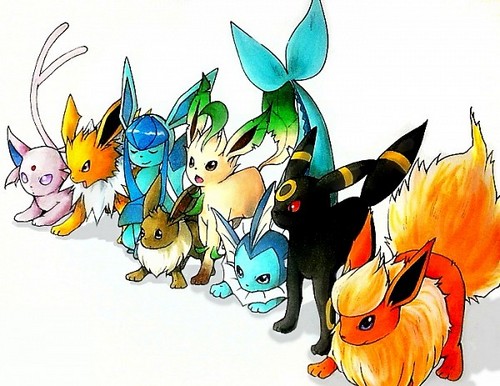 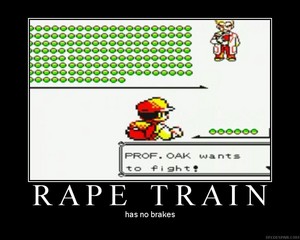 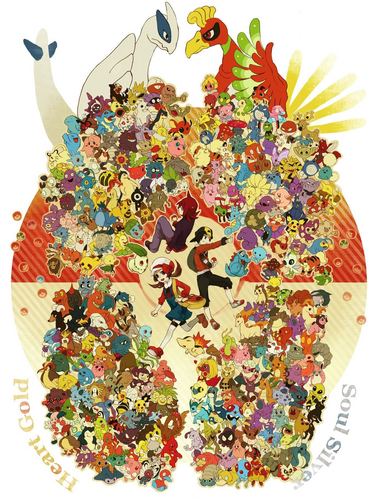 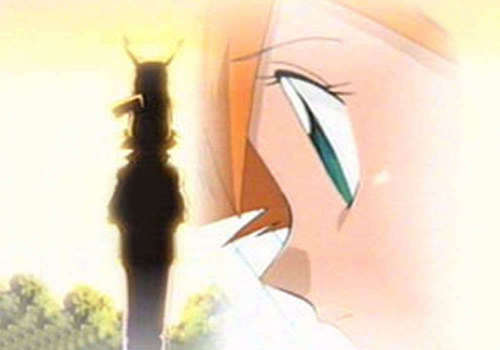 Ash and Misty
added by pumpkinqueen 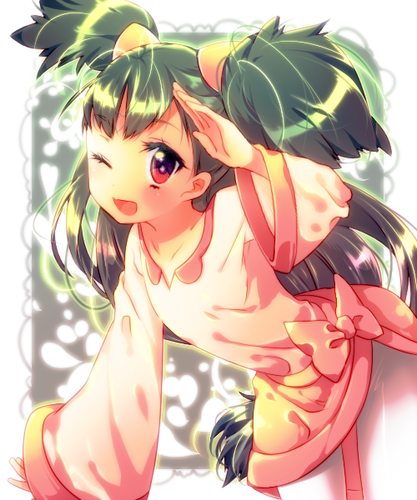 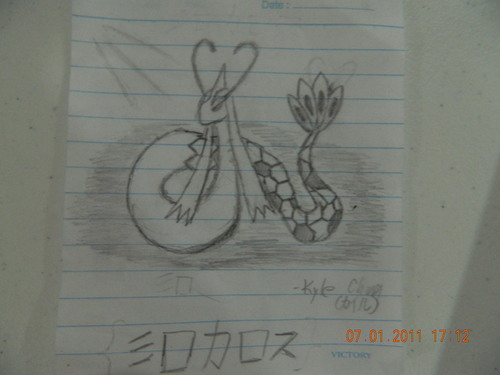 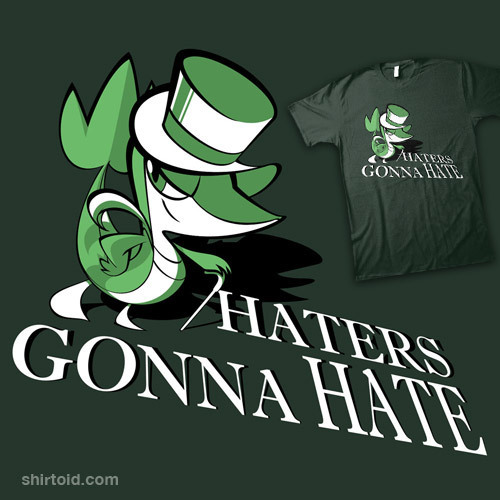 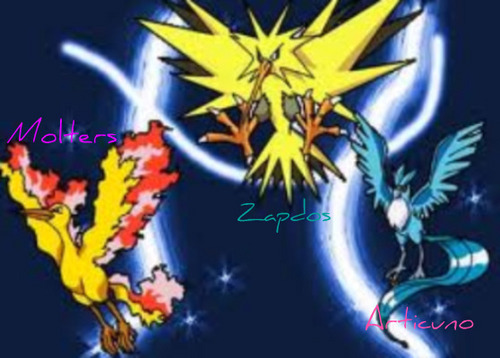 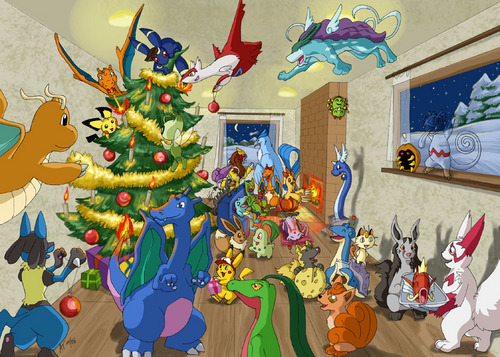 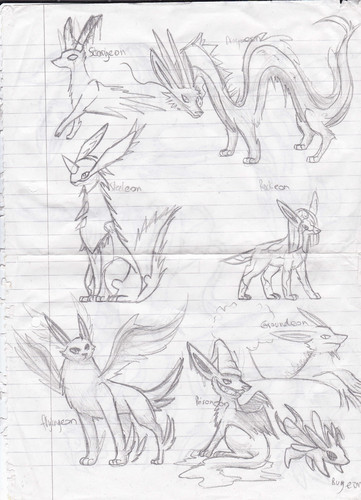 eevee evolutions (made up)
added by Hiling99 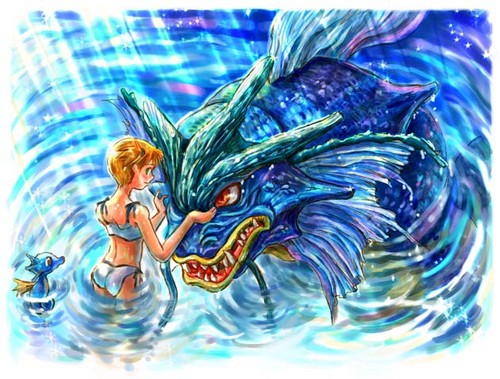 Pokemon
added by LostOblivion
Source: Not made sejak me 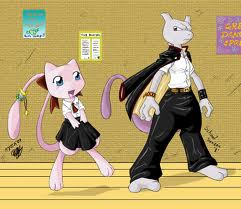 mew and mewtwo back to school
added by tinaloo 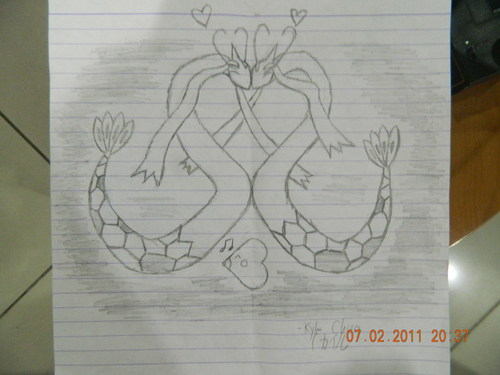 1
Milotic In Cinta
added by miloticfan54
Source: Me 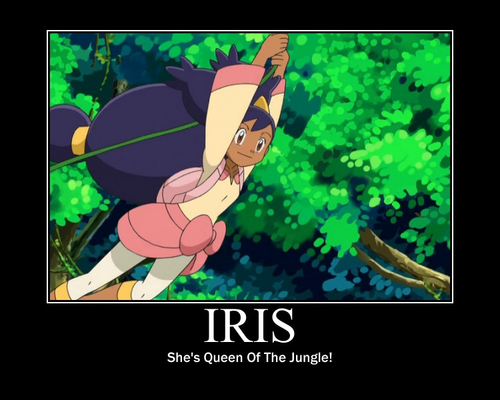 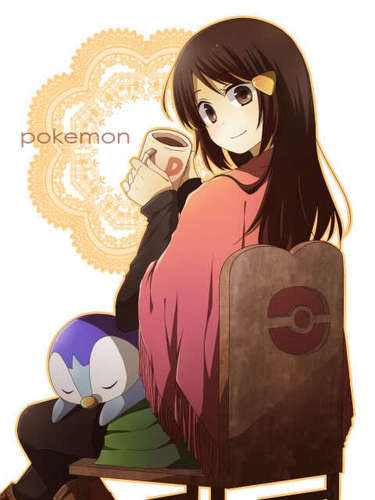 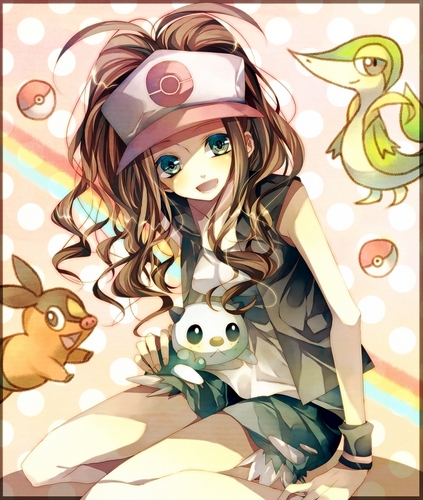