2
My Confusing Conversation with Cleverbot
posted by Rainsky57
User: No.


Cleverbot: anda what Cinta me ah.


User: I what Cinta anda ah.


Cleverbot: Cinta is a state of being. Cinta is freedom. Cinta is jumping from a cliff with a smile and knowing anda won't hit the ground. That is love.

Cleverbot: Yes it does.

User: DOES THE Brave LITTLE pembakar roti NEED TO SLAP A BITCH?!

Cleverbot: Yes is does.

Cleverbot: We have 3 kids, xavier, gertrude, and amnda.

Cleverbot: What would interest you. Tell me and I will blabber about it.

Cleverbot: I know anda are...

Cleverbot: These are just conversations with Rawak people.

Cleverbot: I think anda are human. And anda are American. Aren't you?

Cleverbot: I'm not a violent man.

Cleverbot: How will that help?

Cleverbot: I'd rather kick over your dvd collection.

User: *kicks baby* What does that mean?

Cleverbot: The lebih anda talk to me, the smarter I will get. anda really do have that effect on me!

User: What question? I asked anda a question.

Cleverbot: I'm sorry. What was the question?

Cleverbot: I just asked a question.

User: What was it?

Cleverbot: anda telling me about your science project.

Cleverbot: Who is the mean guy?

Cleverbot: *falls to the ground* *astonished*.

User: Ew. Is it dead?
deathding and penguin7710 like this
pokeyanimal Omg dats an awesome conversation! *falls over on bed laughing* Cleverbot is pretty hysterical sometimes!
pokeyanimal But u were kinda gross & confusing 2 u realize dat right?
storylover ايه ده انشأالله
duncanlovR "DOES THE BRAVE LITTLE TOASTER NEED TO SLAP A BITCH?!" xD I'm loling my way to Hell right now. C:
deathroman13 Hahaha I love talking to robots. They give you the most random and weird answers XD
penguin7710 Awesome. Sounds like some of the conversations my friends and I have :D
7
Funny Petikan
posted by KateKicksAss 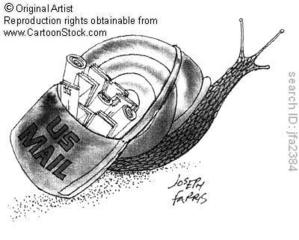 Credit: I found these online, and they made me smile. As anda can see, I clearly didn’t make them up. Thought of course, If I had, I wouldn’t be claiming they were someone elses…Never mind..

Our bombs are smarter than the average high school student. At least they can find Kuwait.
-A. Whitney Brown

When they asked George Washington for his ID, he just took out a quarter.
- Stephen Wright.

Did anda ever walk in a room and forget why anda walked in? I think that’s how Anjing spend their lives.
–Sue Murphy

I don’t kill flies but I like to mess with their minds. I hold them above globes. They freak...
continue reading...
6
101 Ways to annoy people
posted by nessienjake
I found this on the internet :)

2. In the memo field of all your checks, write "for sensual massage."

3. Specify that your drive-through order is "to go."

5. If anda have a glass eye, tap on it occasionally with your pen while talking to others.

6. Amuse yourself for endless hours sejak hooking a camcorder to your TV and then pointing it at the screen. <

7. Speak only in...
continue reading...
4
Am I the only one who can't stand his/her family? (This was too long for an answer-question)
posted by sapherequeen 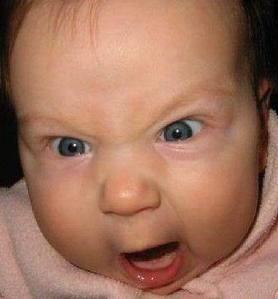 X(
I bet I know what some of anda are thinking, "OMG! How can someone hate their family? That's horrible, what a brat atau what a b***h!"

My mother is extremely controlling and b****es all the damn time and criticizes every little thing I do five times a freaking day! For example, I leave the door open for two minit when I'm only getting something and going out again, and she hollers at me about how I'm wasting heat and how she's going to take my ipod atau laptop for a week if I left it open again. atau when I do all of the chores she expects me to do and I do them how she'd see...
continue reading...
6
chapter 3 of the awesome book of nothingness!!
posted by funnyshawna
Chapter 2—Canada . . . eh.
Okay, so this is an e-mel to my friend who moved to Canada…eh. Her name is Brenna. Eh. I just thought id include it for your benefit. Eh.

“Lahdiedahdiedahdoodoodahdohetehtakwjeorna!
that is my new kegemaran song, just so anda know. omg ;i wrote lebih in
my big book of nothingness, but im at school, so i don’t have it with
me:( its cool it deals with begging for money, tupai clothing,
headband helmets, and furry insides! i bet u can’t wait! ha-ha! yay for
the awesome book of nothingness! i put the first part of it on the
internet and ppl thought...
continue reading... 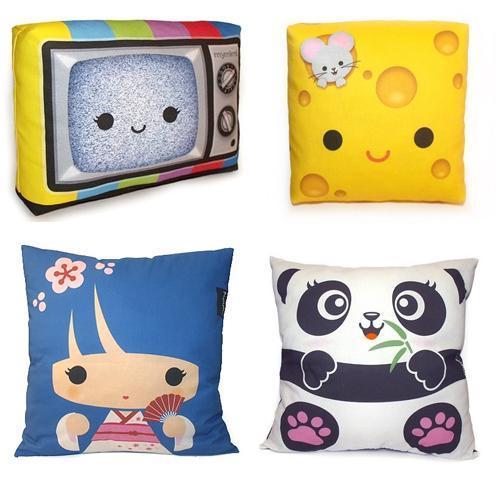 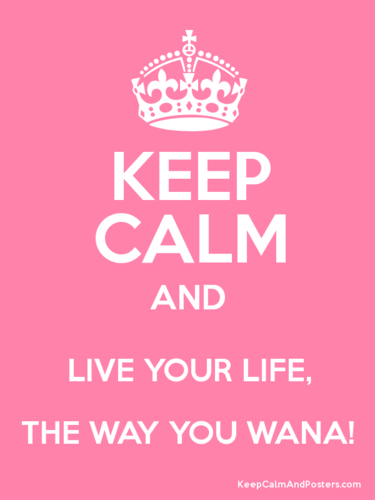 1
keep calm <333
added by edwardrobertcul
7
cheesy atau cute, whatever ur perspective is pick up lines!
posted by xoPixie-Popxo
i found this on the internet and i thought it was funny!

I may not be Fred Flintstone but I can sure make your katil rock!

Is your dad a thief atau something? Because someone mencuri the stars and put them into your eyes!

I’ve heard sex is a killer. Want to die happy?

Excuse me, but I’m new in town, can I have directions to your place?

Can I buy anda a drink – atau would anda just prefer the five bucks?

I’m a thief, and I’m here to steal your heart.

I wish I were a tear so i could start in your eyes, live on your face, and die on your lips.

If I could rearrange the alphabet, I would put U and I together....
continue reading... 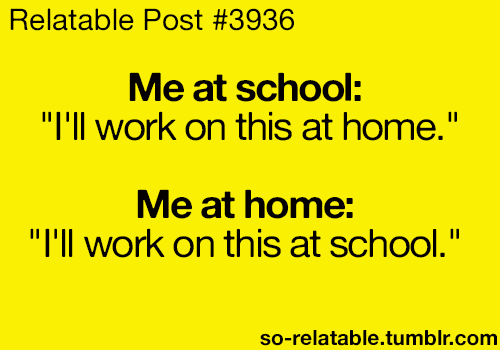 1
So Relatable
added by 050801090907
11
Why people should be careful of what they say atau post on here.
posted by egyptprincess7
Hello there. As many of anda have already noticed,there has been a lot of stuff that's not for kids 13 and under. Like pornography in a couple of spots and vile language. As their seniors I guess,we should make this place safer for them. Nobody wants to be arrested for talking sexually to a 12 tahun older atau for posting child porn on here. But many people wonder why they shouldn't curse. I will honestly explain that to you. Please enjoy this opinionated article.

One of the first reasons why a person shouldn't curse (type them anyways) around 13-11 tahun olders on here is because they might learn...
continue reading... 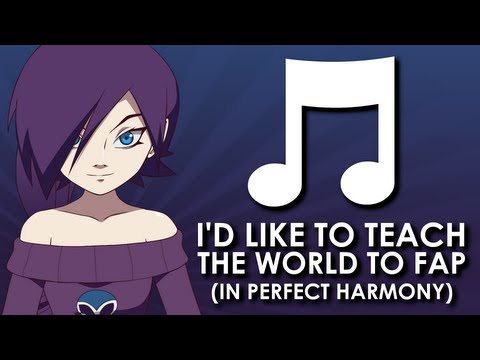 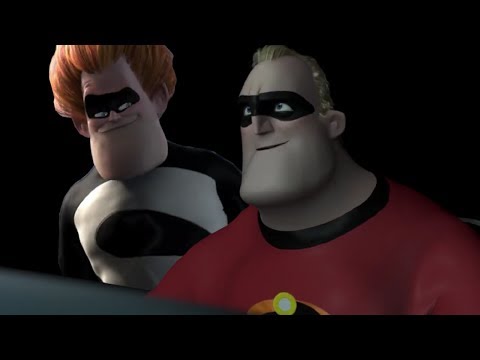 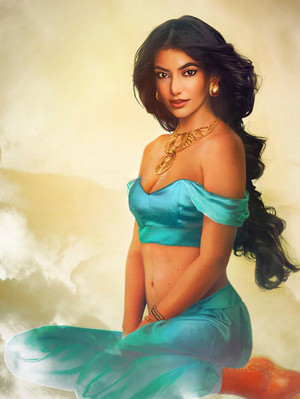 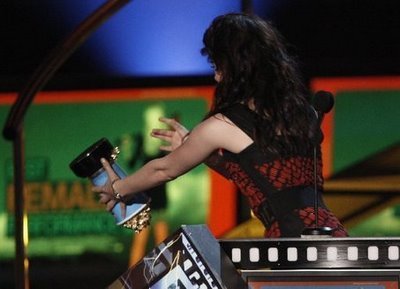 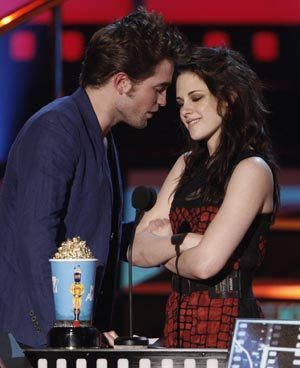 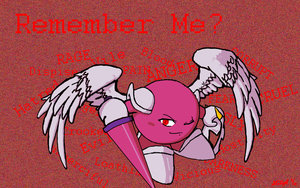 Now listen to me baby
Before I Cinta and leave you
They call me hati, tengah-tengah breaker
I don't wanna deceive you

And I know karma's gonna get me back for being so cold
Like a big bad serigala, wolf I'm born to be bad and bad to the bone
If anda fall for me I'm only gonna tear anda apart
Told ya from the start.

Predaking is a force to be reckoned with. He transforms from predacon dragon to awesome robot! He could probably beat Upgraded Optimus and probably Megatron (In beast mode). Now a battle between Predaking and Grimlock would be awesome!

Built sejak Henry Pym, Ultron is a robot who believes that the only way to protect humanity sejak destroying it. His body is made from the unbreakable metal adamentium. No matter what, he keeps coming back, upgrading himself each time.