The Longest hari Part 7
posted by Seanthehedgehog
Orrian decided to disobey General Veers, and have Ozzel in charge instead of Jörgenstien.

Orrian: He left Naboo, and is going to Kinyen to celebrate his wife's birthday.
General Ozzel: A majority of our officers have left to take part in some war games on Mygeeto. Grand Moff Lebelt is with them. She has ordered Musker and the others to go to their usual spots sejak the beaches in Champalla. She is still convinced that the Rebels will start the invasion there.
Orrian: It's a good thing that you're in charge, instead of Colonel Jörgenstien. Otherwise, we'd be in trouble.

Hollin: It's time to go. Get on board.
Cody: Colonel Russo!
Hollin: *Looks back at Cody* Yes?
Cody: May the force be with you.
Hollin: Thank anda General Sireeto. May the force be with anda too.
Cody: I'll see anda after anda and your troops clear Los Ingles for us. *Runs onto another ship*
Hollin: Alright, let's go.
Jyll: *Hugging Seeq* I'll see anda after the invasion. I wish we could stay together.
Seeq: Me too, but someone has to help Commander Skywalker invade Panera Beach.
Jyll: *Kisses Seeq* I have to go. *Runs towards an X-Wing*

The Republic was also getting prepared.

Gator: *Walks into a Rebel Transport* It was kind for the Rebels to lend us some of their transports.
Michael: It would be nice if we had a few of our own.
Wedge: *Walks towards a group of Republic Soldiers*
Yarrin: Hello Major Olkan.
Wedge: Corporal Nax. Are the others prepared?
Yarrin: Yes sir. Awaiting your command.
Wedge: Alright, let's go.

Near some other transports.

Franklin: Good luck out there Martin.
Martin: All drinks will be on me once this invasion is over.

Once everyone was on board, the Mon Calamari bintang Cruisers, and Rebel Transports were getting close to take off.

Rebel Pilot: *Activating the engines on his bintang Cruiser*
Rebel Pilot 94: We have clearance for take off.
Republic Pilot 53: Acknowledged. Taking off now.

A dozen Mon Calamari bintang Cruisers started rising off the ground as the pilots prepared to leave Coruscant's atmosphere.

Rebel Pilot 19: Cruisers are in the air, I repeat, cruisers are in the air.
Rebel Pilot 72: All transports, anda may take off when ready.
Republic Pilot: *Flying his transport, following two more, and a bintang Cruiser*
Rebel Pilot 57: *Taking off*
Taly: *Running towards the X-Wings*
Jyll: *Opens her cockpit* I'm gonna be leaving soon.
Taly: anda didn't think anda were going to leave without saying goodbye, did you?
Jyll: Taly, you're my best friend in the entire galaxy.
Taly: May the force be with you.
Jyll: *Winks* Same to you.
Rebel 85: All transports have left. X-Wings, and Y-Wings are clear to go.
Taly: *Watching Jyll leave with the other X & Y-Wings*

All of the Rebel ships were in space, leaving Coruscant far behind as they sped towards Naboo.

Y-Wing Pilot: We should be clear of enemy fighters all the way to Naboo, but Skywalker doesn't want to take any chances. We can't afford to lose a single ship.
X-Wing Pilot: I copy emas Leader.

Inside one of the Republic ships

Rish: *Walking over to Franklin* Captain Sine, our Friends from Naboo are here to meet you. Shawn Rouillard.
Shawn: Hello.
Rish: Tom Buyard.
Pitbull: Hi.
Rish: And Dyle Gouissant.
Franklin: Pleased to meet anda three. My team will be glad to help anda get into the center of Havala.
Shawn: Good. We will stop at nothing to kill any Imperials in our way.
Franklin: Glad to have anda with us then.

Inside the Mon Calamari bintang Cruisers were boats, big enough to hold ten soldiers each, Metra's, ATC's, and other vehicles. This included spare X-Wings, Y-Wings, U-Wings, B-Wings, and there were even a few Kenobi Bombers for the Republic pilots.

Early: We sure do have a lot of equipment.
Anthony: This'll definitely give the Empire a hard time.
Early: It'll be the longest hari for them.
Anthony: And for us too.

And now it's time for the intermission. anda are not allowed to continue the story until the song below is finished. 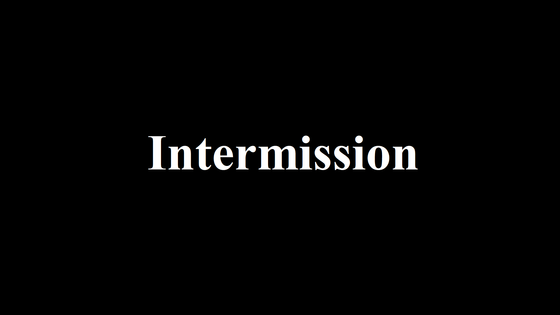 You must look at this picture as you listen to the song. 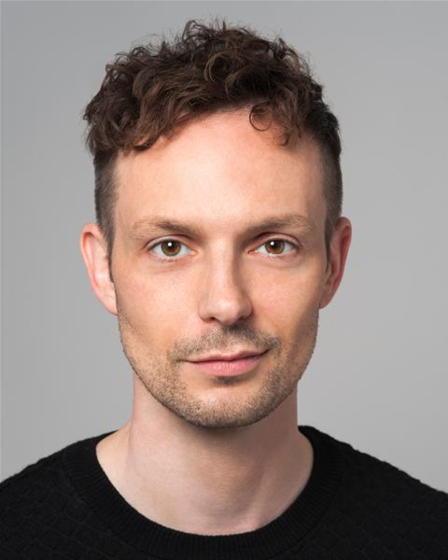 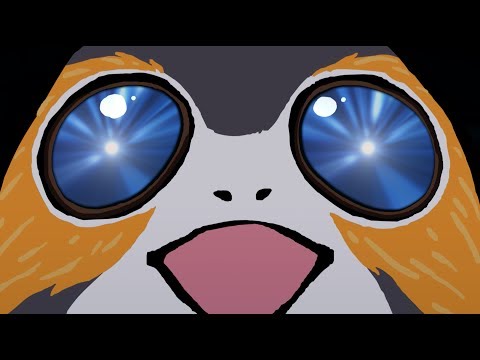 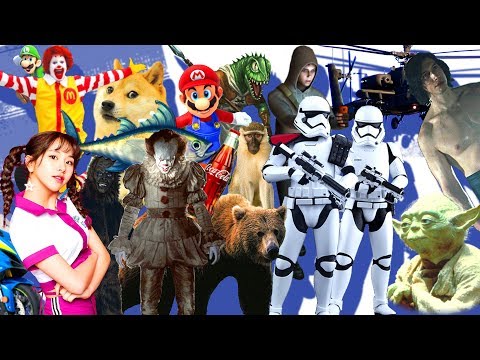 The Best Video on the Internet
added by Seanthehedgehog
I can't work like this.
video
bintang
wars
fanvid
the last jedi
funny
Star Wars 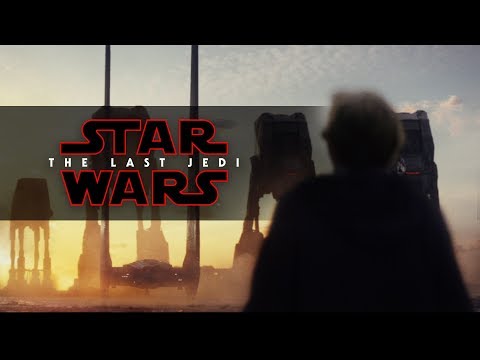 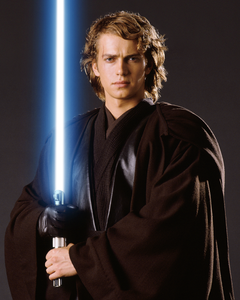 A great deal has been made of the light saber telah diberi to potential Jedi acolyte Rey sejak former smuggler Maz Kanata in “STAR WARS: EPISODE VII – THE FORCE AWAKENS”. It was during this moment when young Rey experienced visions of her past as a child and her future encounter with villain Kylo Ren. It was this moment when movie audiences became aware of her connection to the Force.

I really do not recall how I felt when I first saw this scene. After all, it has been at least two years since the movie’s release. Yet, the lebih I think about it, the lebih I have come...
continue reading...

Ess R' Tee: I'll get it. *Goes to the door, and opens it. He sees Meghan with Logan, Major Delgado, and his army* This is a nice surprise. Everyone, come in.
Meghan: *Walks in with his friends*
Ess R' Tee: *Hugs Meghan, putting her hands on Meghan's butt*
Logan: *Looks at Ess R' Tee grabbing Meghan's butt, and takes a step back*
Meghan: *Takes off her nun outfit*
Major Delgado: What kind of nun are you?
Meghan: Oh I'm not a nun. In fact I live here. This is a whore house.
Logan: *Angry,...
continue reading...

Rogue One
added by JeffFisch 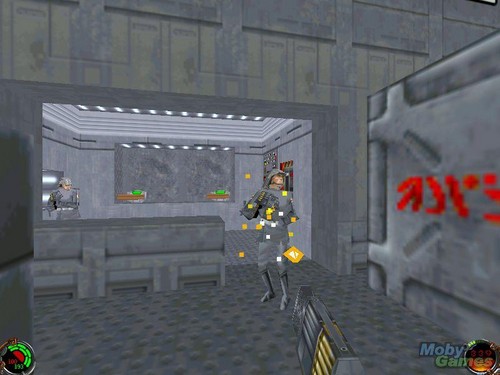 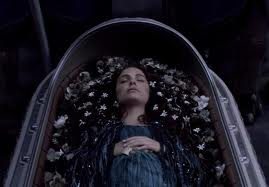 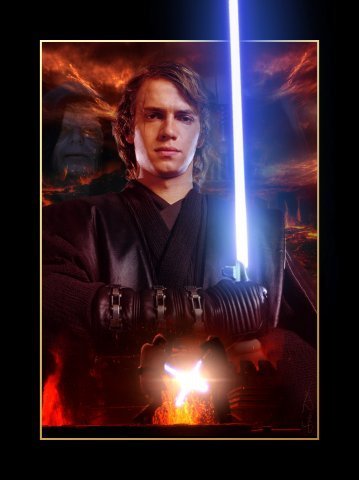 Captain Needa: Since General Ozzel isn't here, perhaps anda can talk to Lord Vader in Endor, and see if he'll send us anymore tanks.
Colonel Jörgenstien: Well thanks to General Ozzel's silly assumption of an invasion in Cenell, we can't get any tanks to defend Champalla. I just called Cenell, and they believe Han Solo is leading an attack.
Orrian: What? Last I heard, he was in Hoth.
Colonel Jörgenstien: anda see my point? anda should not have put General Ozzel in charge.
General Ozzel: *Walks into the room* What is going on?
Colonel...
continue reading...

Han and Leia
added by RoseLovesJack
Source: Made sejak me 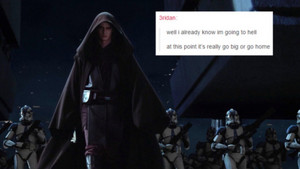 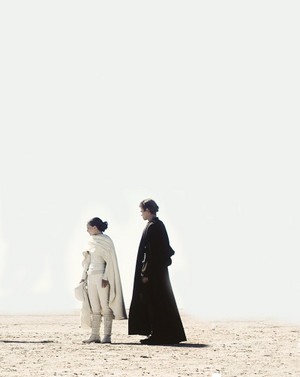 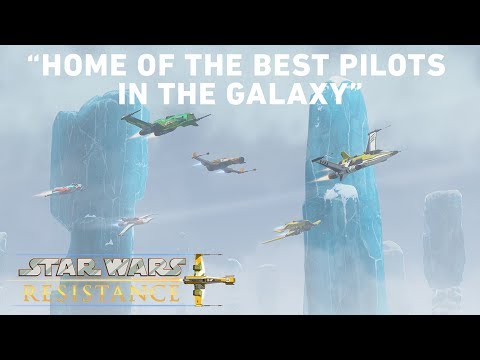 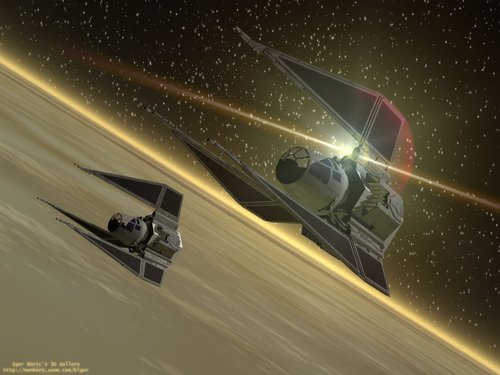