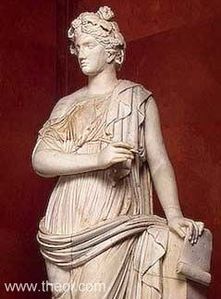 (Random fact: Kleo is one of 9 daughters of Zeus and Mnemosyne, goddess of memory and time and inventress of languages and words. Yeah, I can see the connection. Can you?)

OK, so after rereading the sample chapters, I found a bunch of similarities between The Lost Hero and a PJO book. Do anda know which book it is? The Lightning Thief, anda say? No, I don't think so, there is a much better choice. It's The Titan's Curse, 3rd book of PJO series.

Let's start with listing some similarities between the sample chapters and The Titan's Curse book:

- There are V.I.P.s missing and people captured by mistake (unlike in The Lightning Thief, Hades captured Percy's mom on purpose)

- There are new demigods - really powerful demigods - who have completely no idea how incredible their powers are.

- There are visions menunjukkan great danger the captives are facing, and menunjukkan what to do. In The Titan's Curse, the dreams were sent to Zoe and Percy. In The Lost Hero, it's Piper and Annabeth.

- There is a couple of siblings. In The Titan's Curse, Thalia told Silena to take Jason and Laurel. Since they are both good runners, laurel is probably Jason's sister, and I have a hunch we'll meet her soon.

- A curse is mentioned.

- Lost memories. Bianca and Nico couldn't remember parts of their childhood, and Jason forgot absolutely everything about his past.

- There are new characters with unknown parentage and background. In the sneak peek, it's Jason and Piper. And (I'm not sure about this one) they say some confusing things. Zoe couldn't say the word "you", and Jason kept using Roman terms.

- The quests must be completed before a deadline, and in a very short time.

- In both books, somebody survived something that was supposed to kill them. Luke survived the fall and Jason survived the lightning.

- Different purposes of the quest. It is quite obvious that while everybody set off to look for Percy, Piper will be looking for her dad.

- The Titan's Curse showed the history of Riptide. In the Lost Hero, we have an extraordinary sword which apparently has a very long history too.

- The most annoying monsters in The Titan's Curse are the skeleton warriors, which are Hades' domain. The Anemoi Thuellai we see in The Lost Hero are very closely related to Jason. Hmmm...


If some details are similar, does it mean that the buku will resemble each other too? What if we can guess the plot of The Lost Hero based on The Titan's Curse? After all, R.R himself berkata in an interview that this HoO series will include the plots he couldn't fit in PJO.

So these are some ideas I've come up with:

1. A group of old campers, new campers and non-campers will go on a quest. These non-campers can be the Hunters, a group of Cyclops, somebody from the Roman myths atau even the other camps.

2. We'll meet a Lost of major and minor gods in this book. Some of them will eventually tunjuk up and help. I think the goddess in Annabeth's dream will be of great help, like Apollo was in The Titan's Curse.

3. We'll need the help of a mortal parent. Personally I think it will be Piper's V.I.F (Very Important Father :D)

4. In The Titan's Curse, the gang had to fight Ladon, Zoe's ex-pet. Some of Hephaestus' creations will probably cause a little trouble in The Lost Hero. (remember the dragon on the cover?)

5. Somebody will have to make a big decision at the end of the book. A choice between life and death, good and evil, family and Mount Olympus... it surely won't be an easy one.

6. There will be deaths in this book. No, don't worry, not Percy. I think it will be one of the siblings, either Jason atau Laurel. One of them will die, and the other one will have a major role in the seterusnya books.

7. This is my last and most important idea. The baddie of the book (not the series, I hope) is either Jason's atau Piper's immortal parent (or maybe grandparent, if Piper's dad is a demigod). In my opinion, Boreas will be the bad guy. Why? Because he has the ability to set the Anemoi Thuellai free and Dylan's mistress could summon a storm. And did I tell anda he was really ill-tempered? Ok then, so if Boreas is the baddie, the captives are probably being held in his sacred place, the island Thrace where he lives. atau maybe Hyperboreas, a small happy beautiful island to the north of Thrace which is extremely hard to find. It means we'll have a trip to Jason's homeland and meet his immortal family! Well, I don't think it will be a very happy family reunion...

So that's all I could think of. Whatever anda say, history is a very evil subject!

Thanks for reading. See ya! 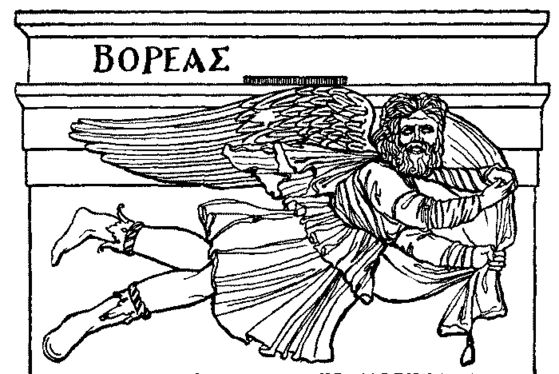 Did you realize he's only wearing one shoe? Interesting...
ngweien and Holic_195 like this
annabeth719 wow thats something
Amphitrite Nice article, RoHeHa! I didn't even think about the similarities to TC. Boreas as the baddie, now that's an interesting theory! It actually sounds pretty plausible! P.S. In the picture, I think Boreas looks like Santa Claus (minus the wings, of course) who just got robbed by some very unhappy elves...They needed new shoes, can you blame them?
RickJackson98 ok really good article I think you picked out a good few similarities between LH and TC but I'm not saying that your wrong or anything but did anyone evr think that maybe the quest isn't to find Percy yes they most likely will get him on the quest but what if the quest isn't to find him because in one review I think it said that they had to finish their quest by the winter solstice unless it was the summer solstice either way why would Percy be needed for the one of the solstice
HecateA he does look like santa! To answer your question Rick, Maybe the Olympians will be like "We can't fid him, he's probably dead (all but Poseidon and the BBG), now we don't have to include the minor gods" and they need Percy to hold them to their oath. One possibility. I wouldn't be surprised if Jason was a camper. Rick knew about HoO while writting those books, so he probably thought about planting clues for us (I might just send him a thankyou card). But how do we know Laurel and Jason are siblings, can you please quote the sentence? Also, do you think they're half-siblings or full siblings (like the Stoll brothers) Great article (again) Roheha!
supagolly nice job you really are good at cracking codes
redhawks That was really good. I think that those theories could be really good. They are pretty good. I think those could definatly come true.
RoHeHa_6264995 Thank you everybody!!!!!!! Well, at first I tried to compare The Lost Hero and The Lightning Thief, but R.R said he came up with the idea for HoO [i]while[/i] he was writing PJO, not when he started it. So it's most likely to be the 2nd or 3rd book. Actually, Thalia didn't say much. She only said "Take Laurel and Jason, they're good runners". I searched the other books, but that was the only time Laurel and Jason were mentioned. I know this isn't a very good evidence, but I have a hunch that they are full siblings, and if Jason is the main character, his sister must show up soon. And there are many reasons for finding Percy. Maybe Poseidon got angry and started blaming Zeus or Hades for Percy's disappearance, and he gives them time until the summer solstice to give Percy back, or he'll start a war or something. And of course nobody wants to offend Poseidon, so the gang is sent on a quest. I know, that sounds a bit like The Lightning Thief. Or maybe there's a problem that only Percy can solve. Percy is a special demigod after all, he's the best demigod son of Poseidon and the one who saved Olympus... P.S: Yeah, he does look like Santa. I went to Google Images and searched Boreas, and picked a random picture. I didn't realize his shoe was missing until I posted this article. Btw why do you think he's only wearing one shoe? I've researched some Boreas myths, but none of them mentioned that detail.
HecateA ^ Aeolus is pissed at him... 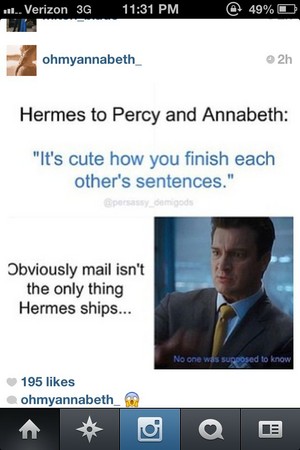 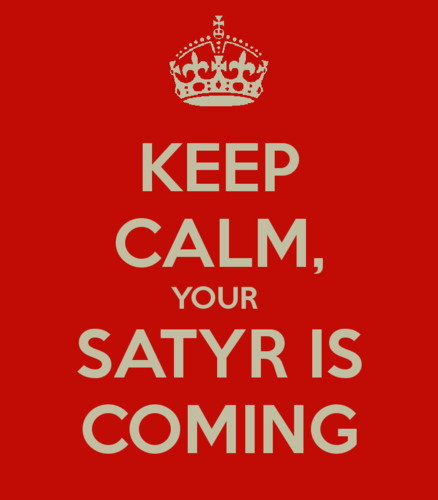 9
Keep calm and wait for your satyr
added by tracytracy2000
Source: Tumblr 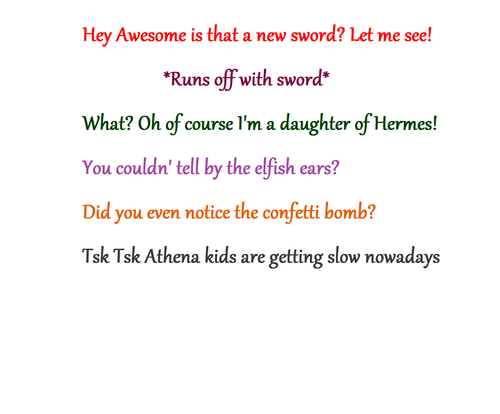 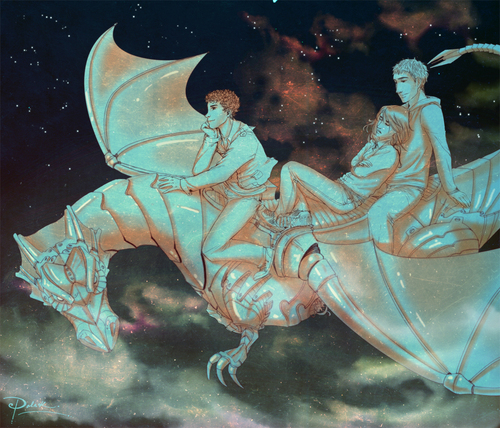 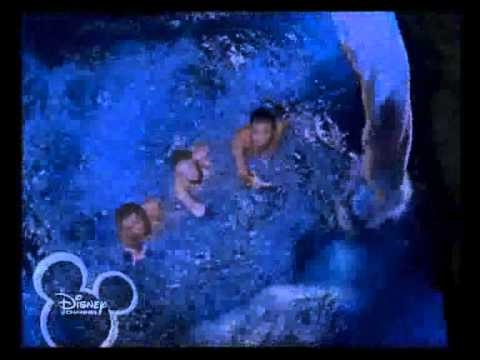 1
THE GREAT PROPHECY
added by APHRODITESEX25
i ko this is not piper, jason, leo n the other demigods in the prophecy, but prophecy sound like this.
video 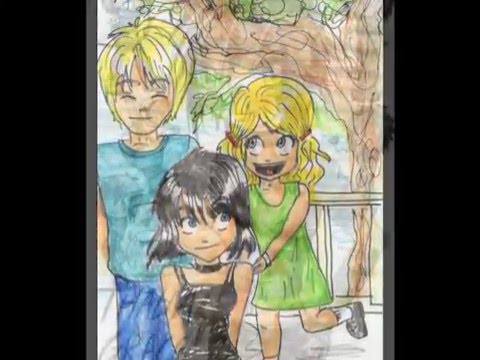 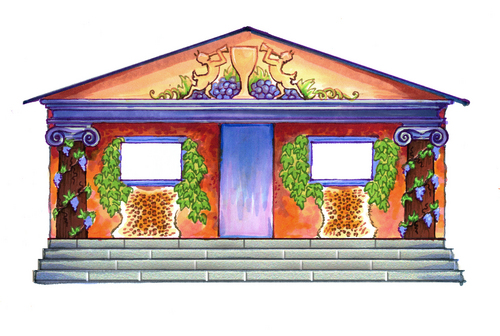 Dionysus
added by NicoDiAngelo4
Source: Google
3
Who is Reyna?
posted by Phoenix_Stone
We know nothing about her!
I want to know if people have any theories.
So, I shall ask some tidak dijawab questions..
..unless they have been answered already, and I've just forgotten.. xD
These soalan could possibly be answered in the seterusnya 3 books. ;)

So here are the questions:

1. Who was Reyna's father, and why was she at Circe's Island and not with him?

Bellona had two children from the same man, so maybe it's normal for Roman demigods...
I think he could've died when they were children, so Bellona sent them to Circe's Island.
...Or maybe their father had arrived at Circe's Island when Hylla and...
continue reading...
1
why i think this.
posted by halfblood963
Hello its me Halfblood963 i'm here to talk to anda why i think this.
First i think Percy and Annabeth are not the seven cause i mean i think its supposed to be new demigods,jason might not be new to the roman camp but he is new to the greek camp and also He's the leader to the roman camp and Percy and Jason are the bridges to the two camps but Percy was already in another prophecy and didnt Rick say Percy is a supporting character and so is all the old characters.And Seven halfbloods answer the call,Leo and piper did.Jason answered the call i guess to getting his memory.But i think its gonna be different demigods new ones with extradinary powers like a child of neptune with earthquake powers and freezing powers and stuff.
Sorry if i offended anyone and stuff but also i think that since theres one roman and two greeks (jason leo and piper)then the book after focuses on the argo and the two other buku for the four demigods.
Well bye im again sorry for offending anyone bye bye. 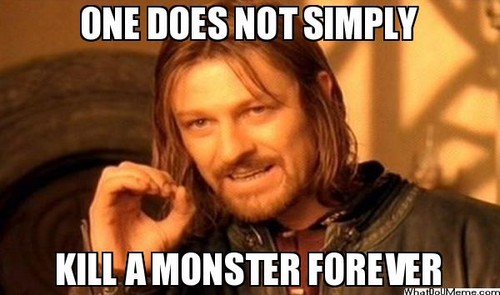 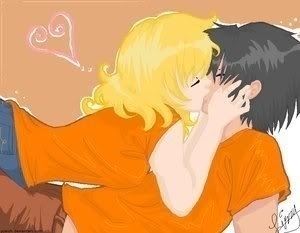 anda think it would taste horrible wouldn't you? They have two completely different tastes. But anda never know till anda try!
For those of anda who haven't caught on, mentega kacang jelly, jeli And Cheese = PJ AC = Percy Jackson, Annabeth Chase.
Now don't start rolling your eyes! Those of anda who think this is another Percabeth tribute - hold that thought.
Don't get me wrong, I Cinta Percabeth. I always will. They are so cute together though anda wouldn't think two people so different could be so perfect for each other! Just like Ron and Hermione.
But that's just the problem. They are so damn cute, we're way...
continue reading... 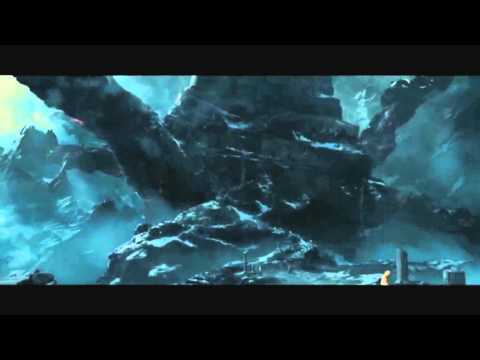 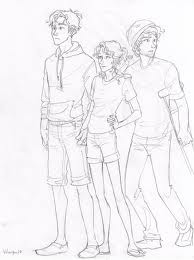 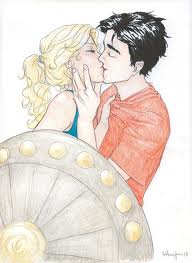 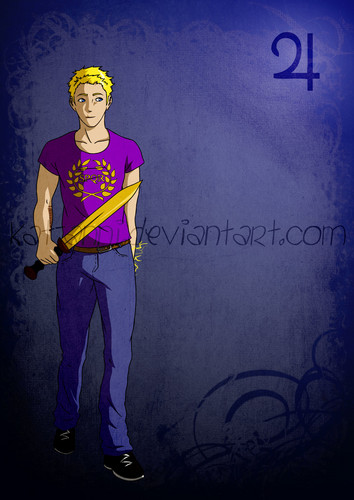 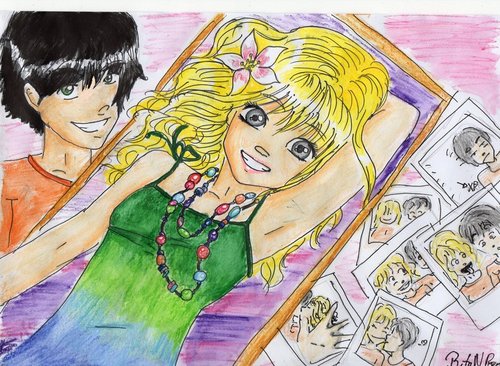 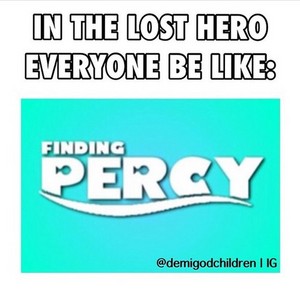 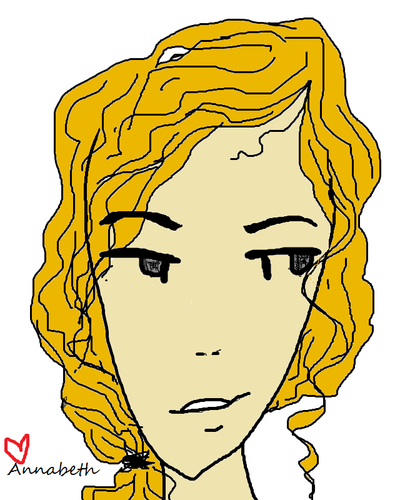