8
Marvel's One True Desire: Glimmer
posted by MitchKristelle
I've always noticed her before. But I never really fell this deep for her until I got to train with her.

Well, that was supposed to make me lucky. In the training center, our mentor insisted on being focused, working with our own abilities, and to never get attached to our partner.

Could anybody really blame me?
Her hair literally twinkles when it catches the light. When she smiles, a mighty creature in my chest jumps for joy, until it reaches my throat and the words I was supposed to utter chokes down. Whenever I look into her eyes, it's like awan nine. Everything just comes to life. Don't ... Don't blame me. Please.

I asked Clove once, in the first night of our alliance. "If anda Cinta Cato, why don't anda get his attention? Glimmer's taking him away from you--"
She cut me off with a glance that seems fatal. "This is The Hunger Games, dolt. This is no place for love."

But that just doesn't make sense, because whenever Glimmer and Cato hold hands in the arena, the fatal glance I once saw comes back to her eyes, atau if not, it grows lebih lethal sejak the second. I wonder why Cato and Glimmer haven't died yet because of her knife-like stares. I wonder too why Clove and I haven't killed them both yet. Clove and I were a great pair; we were both irrational creatures seething with devastating jealousy.

Everytime I see them flirting, my sight gets tinted with crimson. Ciuman her, Cato. Ciuman her, and I'll kill you. Right away.

How wonderful, Cato never kissed Glimmer. At least, not in front of my atau Clove's eyes. He must have heard the warning I've been screaming in my head.

Then came the hari when we finally cornered Katniss Everdeen. Unfortunately, the api, kebakaran girl was good at climbing trees, and we weren't able to kill her that very moment. So Loverboy suggested we wait for her to get down. So we waited.

Under that tree, I felt like the most rotten person in the world. Glimmer was menunjukkan hints of affection to Cato again. Finally, I couldn't stand it anymore. She was already asleep, wrapped around Cato's arms. I shook Glimmer awake and whispered, "Glimmer. Please forgive me. I'm in Cinta with you. I Cinta you, Glimmer, I Cinta you."
Her lashes fluttered open. She still sounded drowsy when she said, "Shh, Marvel. Cato might hear." Then maybe she thought I didn't hear her because she spoke the words too softly and silently, but I distinctly heard her say my name twice, then "I Cinta you, too, silly."

That was the BEST night of my existence. If it won't last long, at least I heard her tell those words to me. Even if she sounded like a drugged atau drunk person.

The seterusnya morning, I expected to wake up on a bright sunny day, holding Glimmer's hand.

That means, that didn't happen.

I was roused sejak a loud shriek that belonged to Glimmer, and multiple stings in every part of my body. Cato was screaming, "To the lake!" I didn't know where I was heading, but I just knew I had to get away from where the stings were hitting me. I kept wishing Glimmer followed me to the lake.

The sensation of guilt hit me. I left Glimmer behind.

I wanted to come back for her right there and then, but someone dumped me to the lake, and the stings were giving me a bizarre headache that I couldn't shake off. Someone dumped water to my face, and I saw Clove's frantic hands slapping something. Probably my face. Then Cato rose from the lake, his face heated with panic. That's when, like a mad person, Cato took Clove's face in his hands and kissed her ardently.

I didn't know it would hurt that bad. I can never Ciuman Glimmer anymore. As painful as it was to accept, I knew, deep in my gut, when I left her behind, I left her to die.

I thought I was dead when I woke up. Two people were fighting. When I sat up, it was Cato and Peeta. Cato was winning, so I didn't dare worry. When Peeta was already dead--he wasn't moving and he looked like he wasn't breathing--Clove grabbed me sejak arm and forced me to run. While running, she explained to me everything: Katniss dumped the tracker-jacker nest into us. The stingers attacked Glimmer the most. She died.

Even though we've gained a new ally (a stupid guy from nine, I think) I still felt so alone. Glimmer ...

So I just did the daily routine. Eat, sleep, kill. Cato and Clove--the new lovebirds--kept looking for Katniss. At last, they saw a sign. I saw it too, it was smoke billowing from a not-so-far area. We agreed to go there to track Katniss down while the District nine guy guards our supplies.

Blast. There was no Katniss there.

Another blast. This time, a real one.
Cato orders, "Continue searching for Katniss, Marvel. Clove and I gets back to the supplies."

I didn't have any objections. I want to follow that order anyway. Track Katniss down and kill her. To make her pay for Glimmer's death.

I broke into a run. I was heading toward east, when I saw a shifting in the movement of the leaves at my left. I turned toward it slowly ... deliberately ...

The only weapons I got in my hand now was a spear and a wide and long net, enough to entrap a whole human body. I didn't even know how I got the net. I must have been angan-angan so much to realize what I was doing. Then without thinking twice, I threw the net against the moving creature, whatever it was.

I was expecting to see a wild animal, or, feeling lucky, Katniss, but instead, I find a little dark girl trapped in my net. I didn't even remember her name. But I could kill her now.

That's when I heard the sound. It was a four-noted melody, but I knew someone was coming.
Damn awesome. It was Katniss Everdeen.

My sight blurred with rage (tears? nah. I hope not, that'd be humiliating.) It was immediately tinged with red. This is the girl who killed Glimmer. I watched briefly as she desperately try to free her little ally from my net. I was so disappointed when she succeeded. So I materialized from the bushes and poised to throw my spear.

Do girls really react that fast? I never believed anyone was capable of it when Katniss retrieved an Arrow and notched it on her bow in a blink of an eye. When I threw my spear, I was aiming at her, but ...

I didn't live long enough to see who my spear killed.

Does death really feel this painful? All my Bones seem to crash, my cells seem to deteriorate. For a moment, I felt like I deserve this. I am a murderer.

I Cinta Glimmer. And I always will. Even here, in the dreadful wilderness of the afterlife, where I keep searching for her. I know I will find her, so I don't stop running.
And then I realize there is on point in running here. For all I know, she's searching for me, too, and the reason why I can't find her is because she, too, is attempting to find me herself.

Turns out I was right. And the moment we found each other was the highlight of my long journey, my long quest of finding what the meaning of life is.

So it appears, it is in death where I find the answer to my soalan in life all along. 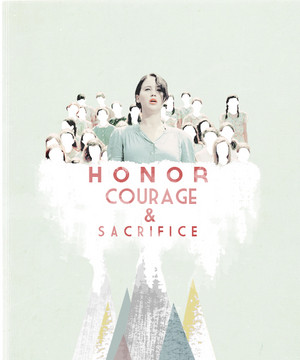 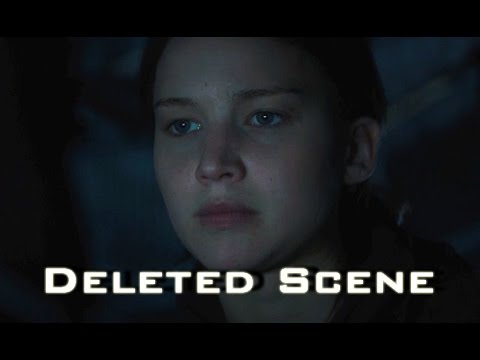 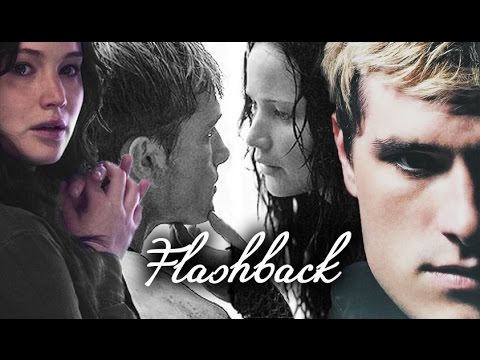 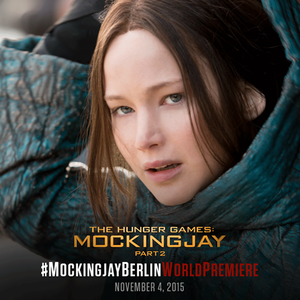 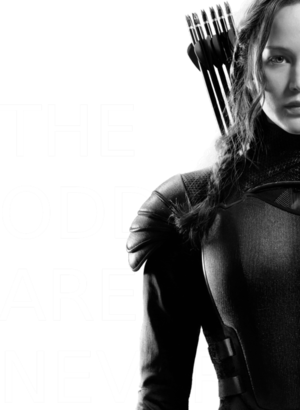 1
The Capitol must fall so we may be free
added by Blacklillium
Source: the-hanging-tree-on-fire.tumblr.com/post/126373325121/secrets-lie-within-the-capitol-must-fall-so-we 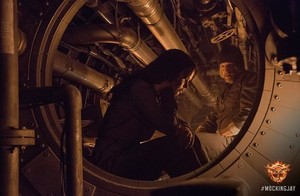 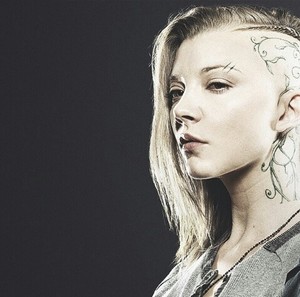 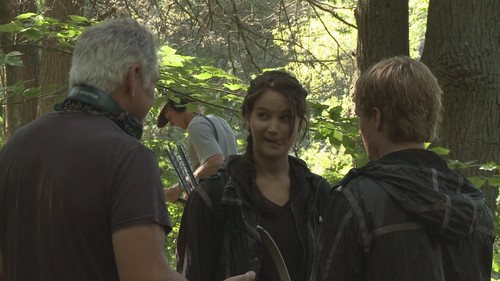 3
Making Of: On Location In Panem
added by Domilie4ever 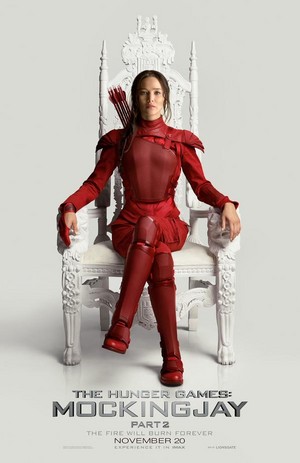 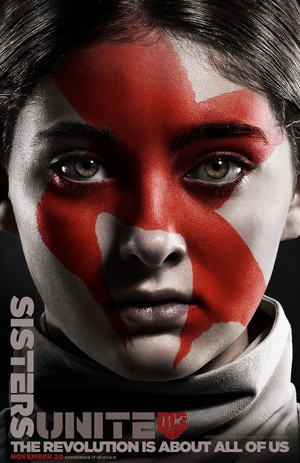 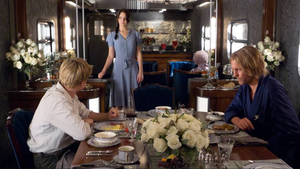 1
We Are
added by Blacklillium
Source: queenrhaenyra 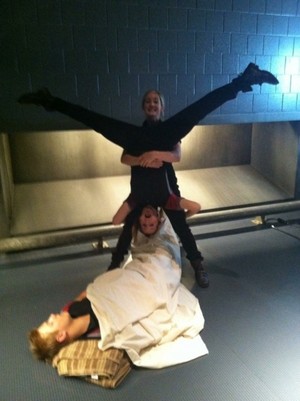 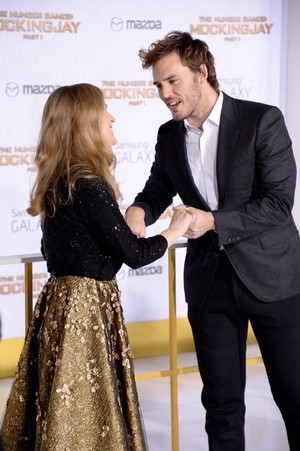 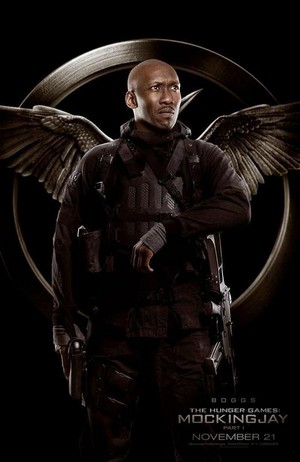 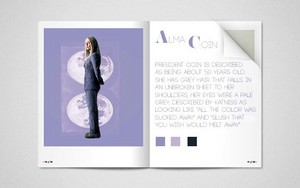 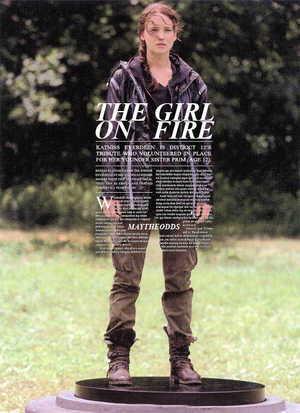 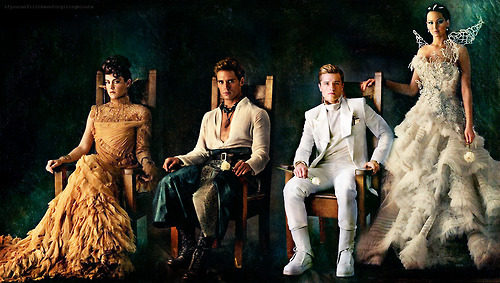