1
Doppel Crossed chapter 20 The Gathering (5/10)
posted by HaleyDewit
Jeremy entered the building and walked straight to the training room. He found Veronica, talking with someone on the phone.
“Jack, you’re going to be so proud of me” she berkata with a slightly trembling voice. “I promise that when anda get here there will only be humans left”
Jack berkata something in return.
“Of course I’m careful. I’m not going to fall for anyone. They took away the only person I ever cared about and they will pay for it. And anyone who’s trying to stop me, will go down with them…I have to hang. I will see anda real soon”
She hung up, turned around and gasped, almost dropping her phone.
“What are anda doing here? I wasn’t expecting anyone” she faltered. Jeremy had caught her off guard and she hoped he hadn’t heard too much.
“You’re the one who berkata we’re training all hari long” Jeremy pointed out.
“Yeah, well” Veronica panted. “I suddenly figured that anda all have jobs and…and school, anda know?”
“School’s over now” Jeremy reminded her.
“It is?” Veronica asked confused.
“I was sort of hoping I could stay here and practice a bit” Jeremy berkata slowly. “My sister Elena is having chemo. It’s a really difficult time right now”
“I imagine” Veronica replied and Jeremy detected a whiff of compassion. “Okay, anda can stay here. I’ll go home”
Jeremy waited until he heard the door close.
“Jenna, can anda hear me?” he called.
“Loud and clear, captain J” Jenna joked and she appeared seterusnya to him. She was holding a collection of letters, tied together with a piece of rope. “I’ve done some reading” she said, pleased with herself and waved the collection. She handed it to Jeremy, who put it in his inside pocket.
“Who’s Jack?” Jeremy asked curious.
“Ahh, Jack” Jenna commented. “Good old Jack…Honestly, I have no idea, but she calls him every hari and then tells him how it’s going. I’m starting to think he’s her boss atau something”
Jeremy shook his head. “Veronica doesn’t have a boss. She acts on her own” he replied convinced.
Veronica opened the door of the building again. She realized she’d forgotten her letters. She wasn’t going anywhere without them. She walked towards her private room when she heard Jeremy talking. At first she thought he was on the phone with someone, but when she heard her own name, she became curious and came closer. Close enough to see he wasn’t on the phone.
So, he was either talking to himself…or to a ghost. Veronica was so furious she forgot about her letters, she headed straight back outside and slammed the door.
“What was that?” Jeremy startled. He looked concerned at Jenna. “Do anda think…?”
“I think so, yes” Jenna nodded dark.
christinawaxler likes this
5
The internal difference between Damon & “Saint” Stefan
posted by bdavis98

The first time both brothers saw/met Elena and saw theresembles between her and Katherine, both brothers deal with it differently. “saint” Stefan knowing that he’s a vampire with human blood control problem knowing that he would be putting her in danger just sejak being what he is,still hedecided to come into her life because she looked like Katherine he didn’t care the FACT that she’s a normal human girl who’s in dark about the truth (supernatural creatures...
continue reading...
2
The Host Chapter 1 The First (10/10)
posted by HaleyDewit
Night came in and Amber’s mood had not gotten any better. She was in her room, throwing all her stuff around. She was angry. No, she was starving. The crap she had found in the fridge couldn’t be called food. She heard a key; it sounded like it happened right seterusnya to her. She heard footsteps and her father saying “I’m home!” She heard him walk to the dapur and opening the fridge. As he got himself a bir he saw Rachel sitting on the couch. He walked towards her and sank down to her. That’s when he saw the bruisers on her cheek. “What happened? Who did this? Where’s Amber?”...
continue reading...
Down - 2nd best romantic song
posted by Divz
I don’t know where I’m at
I’m standing at the back
And I’m tired of waiting
Waiting here in line, hoping that I’ll find what I’ve been chasing.

I shot for the sky
I’m stuck on the ground
So why do I try, I know I’m gonna to fall down
I thought I could fly, so why did I drown?
Never know why it’s coming down, down, down.

Not ready to let go
Cause then I'd never know
What I could be missing
But I’m missing way too much
So when do I give up what I’ve been wishing for.

I shot for the sky
I’m stuck on the ground
So why do I try, I know I’m gonna to fall down
I thought I could fly, so why...
continue reading...
1
Happy Ever After 3
posted by LexisFaith 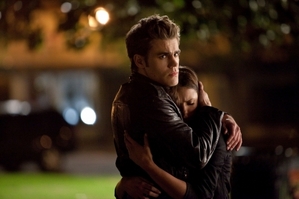 Damon had brought her down stairs and laid her on the sofa as she slept.
"How can he be out in the day? He doesn't wear a ring." Damon's back was to Stefan and I. He was watching Alexa.
"The ear ring." I whispered.
Damon turned to me, one eyebrow raised.
"He has one ear peirced. It's the ear ring. It has to be."
"Why did she think it was a dream?" Stefan asked and Damon turned his attention back to Alexa.
"She's on sleeping pills." I sighed and sat down at the bar. "School is stressing her out, so to help her sleep Dr. Bennett put her on sleeping pills."
"Why didn't we hear her scream?" Damon's...
continue reading...
4
The Daughter of the moon! chapter 3
posted by SMackedLove
sorry i haven't been writing! I've been Penulisan my twilight peminat fiction I'll try to write lebih seterusnya weekend. please comment!!!

The Daughter of the moon! chapter 3


Damon pov.
I told her what happened with Klaus. She didn’t seem to care that I told her, her fatherly figure was a monster. But I might have seen sorrow in her when I told her about the ghost of the soldiers carried him away but it didn’t last long before she looked cruel again.
“ So…”she berkata after I finished my story.
“ Who killed Katherine?”
“ A girl named Elena.”
“ I would like to meet this Elena some day. I’ll...
continue reading... 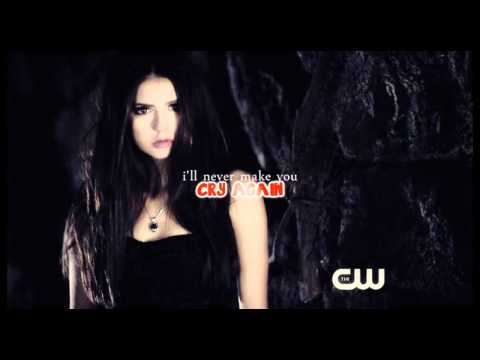 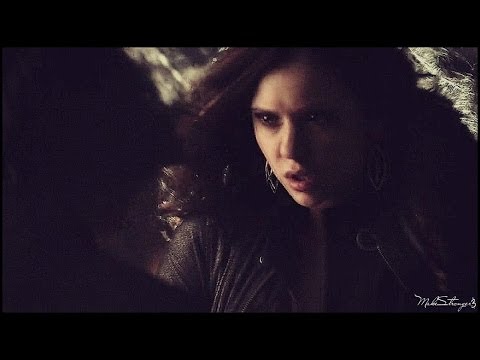 katherine pierce 1 i was back to having nothing [+5x15]
added by Araanxiita
credit: makestronger3
video
The Vampire Diaries
fanvid
katherine 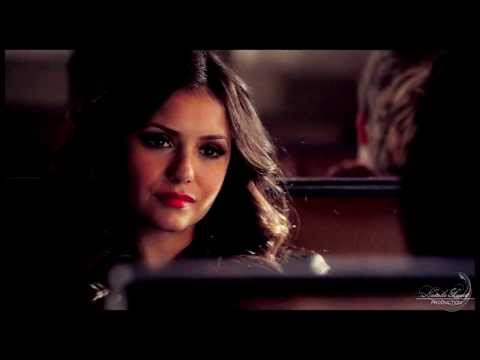 ►-The D E V I 1 In D I S G U I S E [Fanfiction Trailer.]
added by klausyxcarebear
video
klaus
caroline
fanvid
The Vampire Diaries 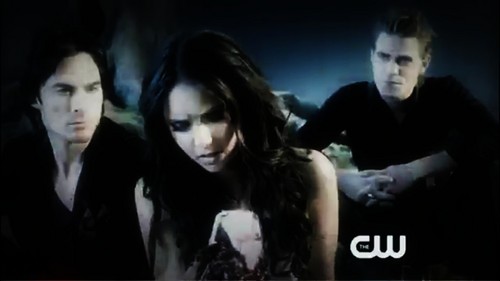 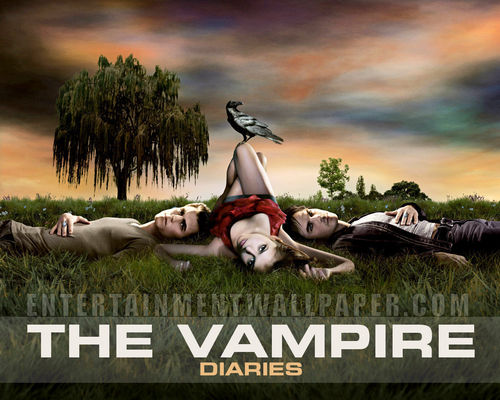 the vampire diaries girls as Disney princesses
added by klausyxcarebear 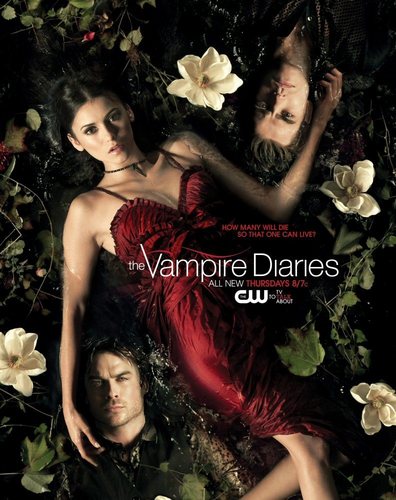 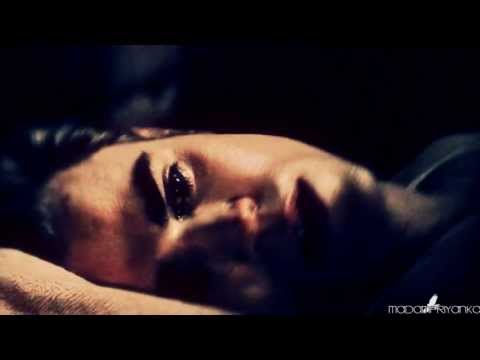 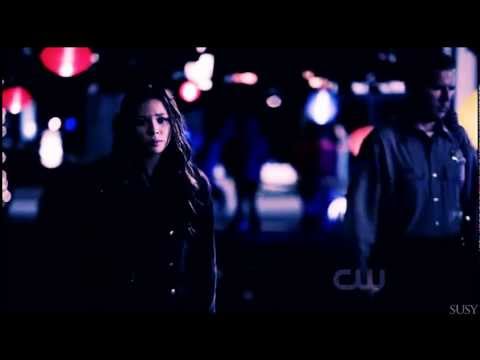 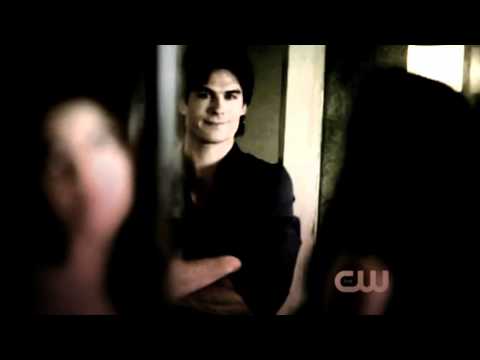 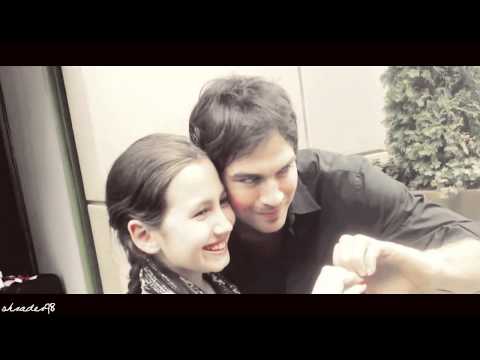 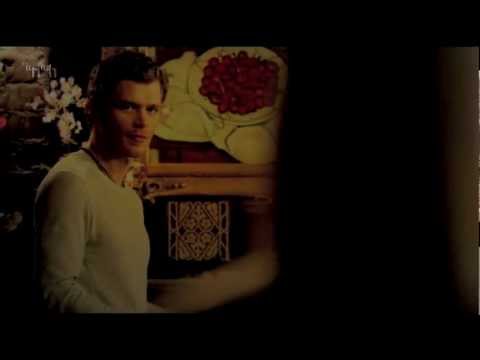