I was glad that no one followed me when I was on my way out. I need to find out that girl is. But then I heard footsteps behind me and a finger tapped my sholder. I jumped.
"Angela?" I asked, a little startled.
"I'm going to help anda with this, even though I don't know what anda saw." she said.
I opened my mouth to argue, but she cut me off.
"I'm not asking for anda to tell me what anda saw, Bella. I'm just going to help anda as a friend." she said, while smiling at me.
I sighed.
"Fine, Angela. anda can help me, but I don't know exactly what I'm going to do now. Ok? I'm lebih than confused." I panicked.

Angela patted my back, trying to calm me.
"Don't worry, Bella. We atau you, can figure this out." she said.
"Thanks, Angela." I said.
"It's just for being a good friend." Angela said.
We walked down the hall, and passed sejak some pictures of students. Angela noticed me staring at them.
"These are portraits of memorable students here in the universiti Of Alaska. Some got awards." Angela explained.
I raised my eye brows at her, a little impressed.
"How do anda know about this?" I asked, curious.
She shrugged.
"I might as well learn as much of the universiti as I can since I'm going to live here for the seterusnya couple of years." she said.
"Huh." I said, and looked at the pictures again.

I scanned though each one, and saw a picture from 1933. It was a girl, she had strawberi blonde hair, and the huraian berkata her name is Tanya Harrison. There was another girl from 1892, and her name is Zafrina Aldrige. She had dark brown hair, and brown eyes. These two girl got awards for their creativity and abilities of science. For some reason, I felt that these portraits were important.....

"Bella?" Angela asked for my attention while waving her hand between the portraits and my face. I didn't speak. "BELLA!" she yelled. I jumped and look at her.
"What!?!?" I demanded.
"Why were anda staring at the pictures as if anda were hypnotize!?!?" she asked, worried.
I just shrugged.
"It's not a big deal, Angela. Let go." I said, while walking through the hall even farther. I eyed the clock, it was 10:15 PM. 15 lebih minit until lights are out. 15 lebih minit to find explanations.....

Here's a spoiler: Do the names Tanya and Zafrina seem familiar to you????? LOL Stay tuned for more! ^_^
cullenROCKz, JacobBlack604 and 1 other like this 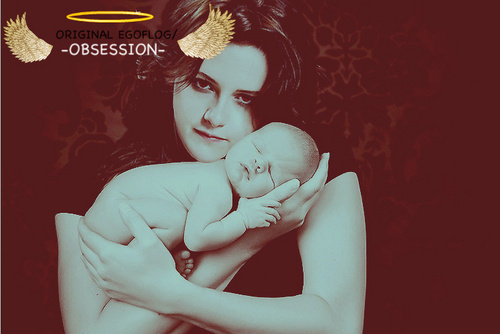 The Runaways
added by alessiamonari 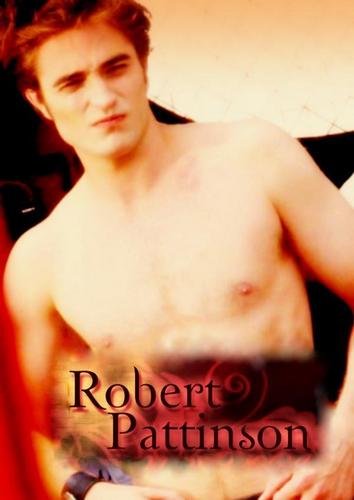 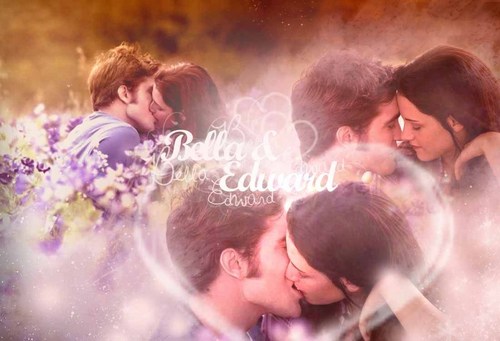 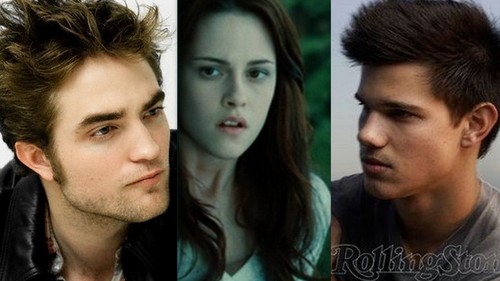 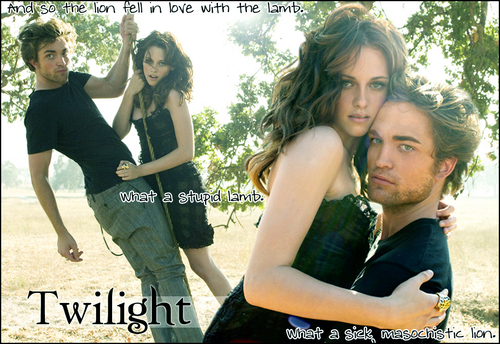 1
Lion and the kambing, daging biri-biri
added by velvet87 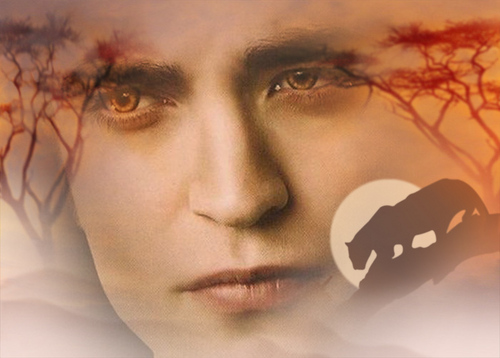 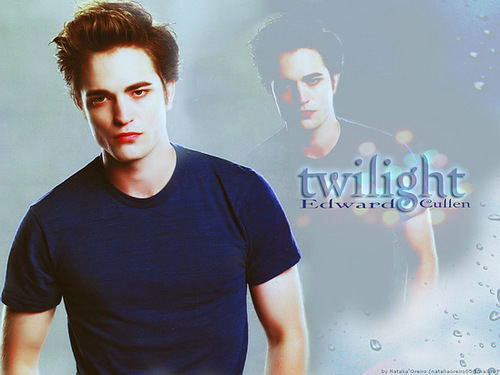 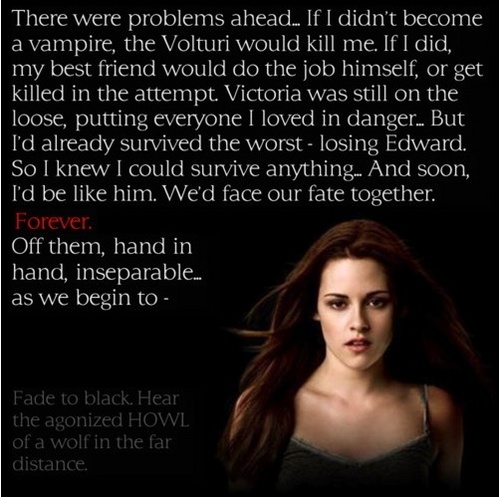 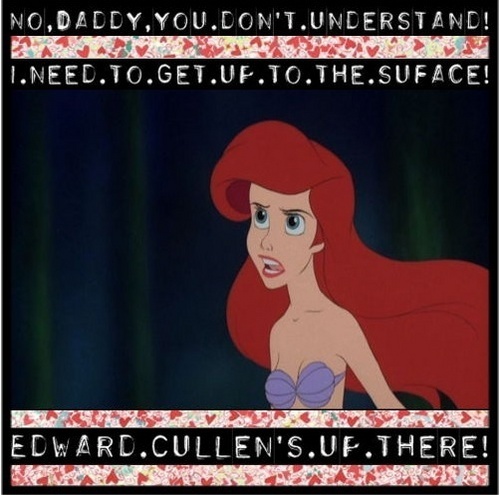 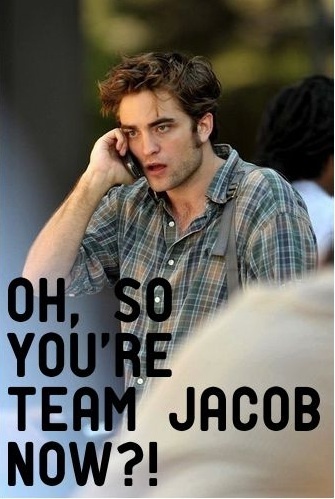 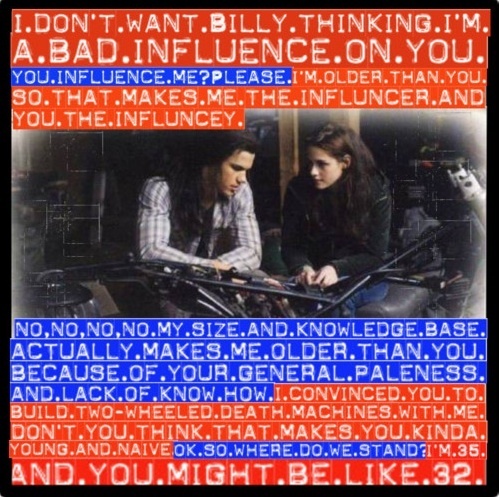 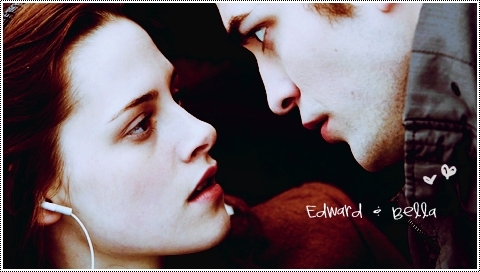 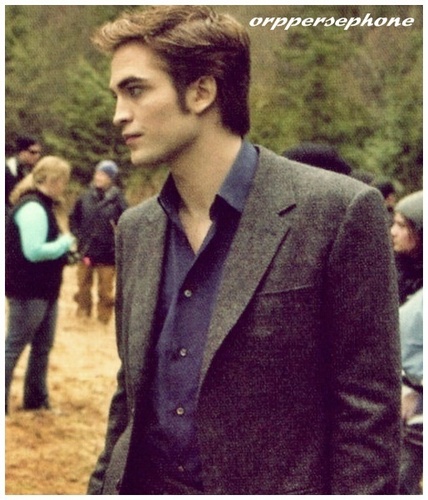 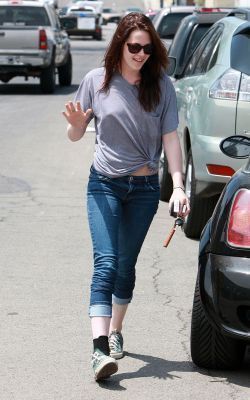 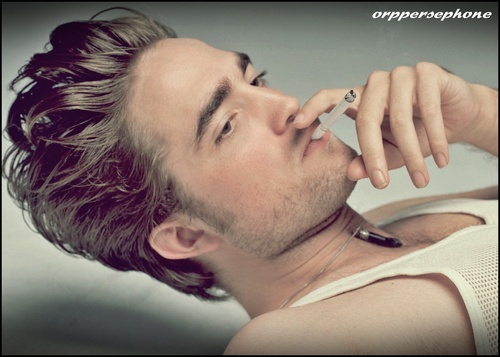 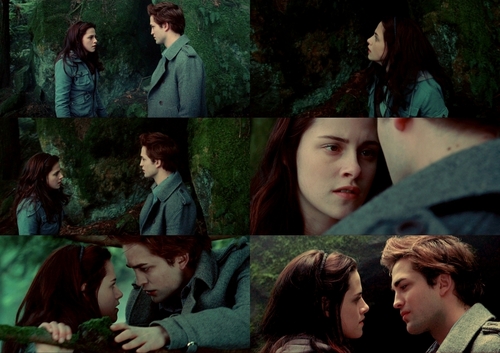