9
Why We Cinta Brooke and Sam
posted by Jim26
It all began in a car one night. Following her brief appearances in the saat episode, viewers of One pokok Hill were left seeking an answer to a certain question: Just who, exactly, was Brooke Davis?

Ask and anda shall receive. At the beginning of Episode 3, the response was delivered -- quite loudly, and quite clearly. And not just with words, but with actions as well.

Brooke was the wild child. The free spirit. The girl who was here to liven things up. Between her popularity and her promiscuity, she lived the kind of lifestyle that was bold, exciting...and, on some occasions, downright reckless.

In time, another soalan arrived: What was the cause of these actions? What made Brooke into someone who was sassy and spicy on her better days, but wildly irresponsible on her worst? The answer, as we would eventually discover, appeared to be the lack of a strong parental presence in her life.

On the surface, Brooke seemed to revel in the vast amount of freedom she enjoyed. Deep within, however, a part of her was also seeking the constant guidance and emotional support of a parental figure. She craved it. She desired it. The problem was that her ever-busy mother desired something less.

Over the years, viewers have seen Brooke evolve into an older and wiser version of her teenage self. Though a portion of her wild side remains, it is always balanced sejak signs of a calmer, lebih mature young woman -- one who's left the callings of adolescence behind in order to face the challenges of early adulthood.

So what was the middle ground? What helped bridge the gap between one point and the other? Responsibility -- among other things. In Season 5, Brooke was reintroduced as the owner of her own clothing company, a development that was spearheaded sejak her long-absent mother.

The reunion marked a return. As mom and daughter were brought back together, so, too, were their opposing stances on what their relationship should be.

While her mother remained reserved, arrogant, and strict, Brooke remained interested in strengthening the bond between them. However, after a series of frustrating occurrences, during which her mom seemed lebih dedicated to business than anything else, Brooke chose to run the company on her own. This prompted she and her mother to part ways once again.

Ultimately, the events of Brooke's life motivated her to become a better mother than she ever had, to give a child what she herself always wanted. Toward the end of Season 5, an opportunity seemed to have come along. It was during this time that Brooke began tending to a baby who'd come under her care. However, this relationship would end up being very brief, as Brooke was soon prompted to give the child to others. Afterwards, it appeared that Brooke's days of being a mother were over...but as the old saying goes, appearances can be deceiving.

And as another old saying goes, first impressions are sometimes wrong.

When Brooke met Sam -- a 15-year-old high school student -- she encountered the last young woman she'd ever expected to have motherly feelings for. Instead, she found herself interacting with a girl who was guarded, flippant, and judgmental -- not to mention a girl who was stealing right out from under Brooke's nose. In time, however, Sam attempted to atone sejak extending a friendly gesture toward Brooke at the local diner. As these events played out, the two developed a truce that became slowly humourous.

Soon, Brooke learned that Sam was actually a runaway foster child, and was presented with the idea of taking her in. After a period of hesitating and contemplating, Brooke eventually approached Sam at the diner. It was there that the two wound up discussing their similar histories. Brooke recalled the overabundance of freedom she was telah diberi as a teenager, while noting that she'd recently been shunned sejak her mother yet again. In response, Sam revealed that she'd been telah diberi up sejak her mother shortly after she'd been born. Through this, they were able to see the major issue they had in common: a feeling of being unwanted sejak their respective moms. After another moment of humor, Brooke offered Sam the extra room in her home. Following a bit of reluctance, Sam eventually accepted.

When the two initially began living together, Sam remained emotionally and physically distant. On one occasion, she left the house and remained absent all hari and night without revealing her whereabouts, causing Brooke much worry and stress. After the two were reunited in the diner, it appeared that a confused and saddened Brooke was ready to call the arrangement off. A somber Sam replied that it was all right, as she was used to people giving up on her. She then revealed that one of the diner's waitresses was her biological mom, and that she planned to introduce herself someday. Sam then thanked Brooke for what she'd done and left. Both were near tears afterwards as Brooke threw another glance at the waitress. Later, Brooke found Sam and happily suggested that they try living together again, as she didn't want the two of them to repeat the mistakes of their respective parents. After Sam had agreed to some new rules, in order to avoid their sebelumnya issues, she once again came utama with Brooke.

So! With that said...it's pretty clear that on the surface, the initial appeal of this story lied in exploring what the characters had in common. But what is it that we find so appealing beneath the surface? What else about this story line makes it fun to watch? What makes it worth sticking around for?

There are plenty of things actually, including the following:

Brooke and Sam have both grown a little since meeting each other. We've seen Sam evolve from a sullen, emotionally guarded loner into a gradually lebih pleasant young woman. She's become a girl who smiles a bit more, a girl who likes talking to Brooke, a girl who's enjoying the benefits of a mother-daughter relationship.

On Brooke's end, the character development was made clear during a scene reminiscent of her big moment in Episode 3. After surprising another beau in the back kerusi, tempat duduk of a car (which she'd also done in Season 5), a much-matured Brooke revealed that she wanted to be a good role model for Sam. Hence, she chose to keep her wild ways in check, and declared that for the time being, she needed to put her foster child first. This example leads to the seterusnya point.

Even when Sam has kept her at a distance atau made a mistake, Brooke has been patient, caring, and forgiving. As mentioned above, Brooke has stated that she's committed to being a good role model. sejak doing so, she's revealed that she cares about Sam's future. This is especially touching when one considers that the two had known each other for only a brief amount of time when Brooke decided to put Sam first. Later, Sam assumed she'd have to leave when Brooke expressed interest in adopting a baby. Brooke, however, emphatically declared that this wasn't true, reaffirming that her utama was now Sam's home. This led to the first hug between the two.

Brooke and Sam have had several interesting moments in each other's company -- many of them being quite humorous. Some of the highlights have involved Sam mistaking Brooke for a 35-year-old, and poking fun at her when she tried too hard to sound motherly. Naturally, there have been some touching serious moments as well. Besides the aforementioned hug, we've also seen them acknowledge that they enjoy talking to one another.

And of course, the tunjuk has telah diberi Brooke a lot of cute dialogue since she became a foster parent. Charmingly enough, on one occasion she referred to Sam as "Brooke Davis Jr." In another humorous moment, she encouraged herself sejak repeatedly mumbling, "You're a good mom." Perhaps most moving of all, however, was when she staked a claim, labeling her foster daughter "My Sam."

One pokok Hill is a tunjuk that's always telah diberi a good amount of focus to the parent-child relationship. In Season 6, it introduced one of its most interesting studies ever on this topic via the exploration of Brooke Davis and Samantha Walker. Theirs is a bond of commonality, humor, friendship, and growth -- one that's faced its share of challenges, and will likely face a few more. But as long as they remain close, the two can overcome their obstacles -- because Cinta conquers all, because they're stronger together than apart, and because in bonding as they have, they each got something they'd waited a long time for: Sam gained a mother, and Brooke gained a daughter.
Team_Brooke, clois222222 and 7 others like this
LauraRocks wow that was good!!!
eka-chan this is amazing! I love Brooke/Sam as mother and daughter. They brought so much potential from the other and they helped each other grow. Thank you for writing about them especially describing their relationship. I honestly love them most in OTH s6 right now, second to Naley-Jamie arc.
Rita79 I love One tree hill, but the best season is number 6, with Brooke and Samantha. I really hope Samantha will come back to Brooke. 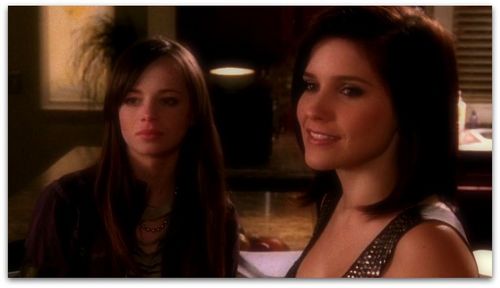 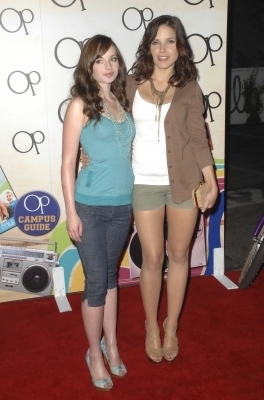 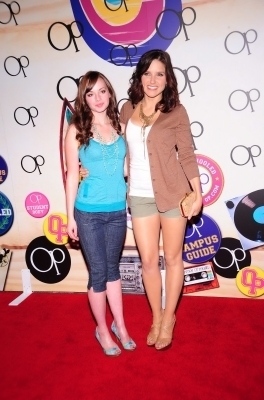 3
brooke and sam - the attack
added by oth-brucas4ever
video 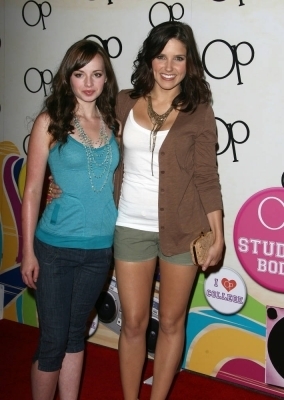 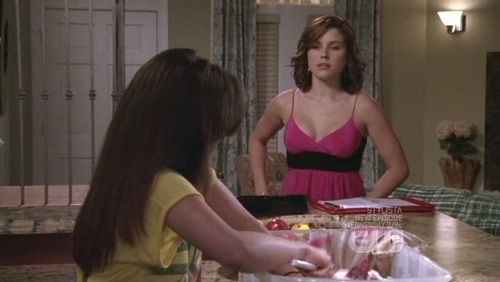 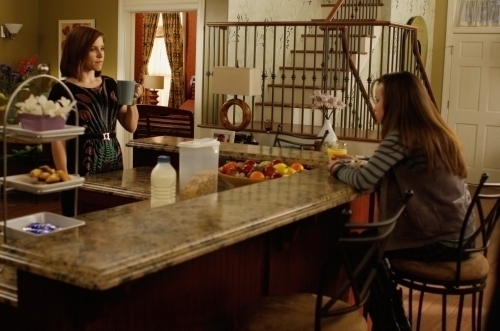 2
brooke and sam
added by LauraRocks 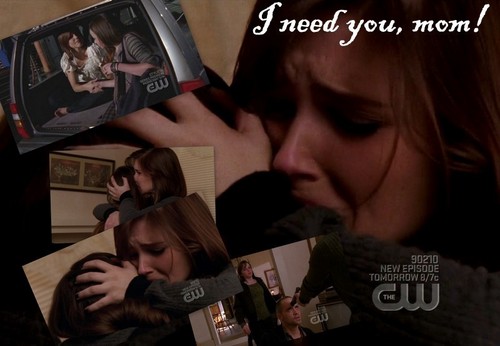 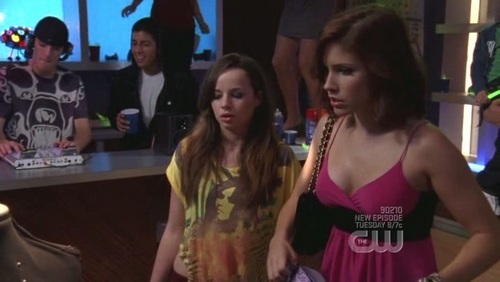 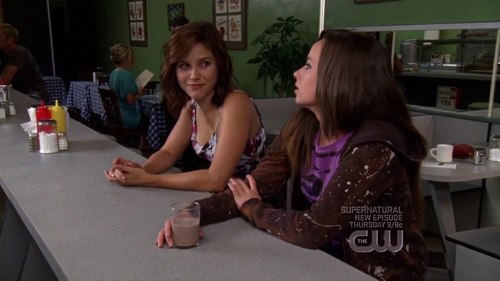 4
brooke and sam
added by oth-brucas4ever