The Host Chapter 13 Three Years lalu (5/10)
posted by HaleyDewit
The Lockwood House
Gabe walked the doorstep and knocked. He’d been to the police station, but they had refused to release his daughter. A few minit later the door went open and a middle age woman appeared. She was wearing an apron. “Can I help you, sir?” “My name’s Gabe Lindy, Mr. Lockwood knows me. I have to speak to him” Gabe said. “I will see if he can make some time” the Maid answered. “Tell him it’s important” Gabe added. The Maid nodded and turned around.
A few minit later the Maid returned with Mayor Lockwood. As soon as they arrived at the front door the Mayor turned to the Maid. “Thank you, Leah, anda can go back to your work now. I think my son’s room is a mess”
“Yes, sir” Leah replied and she walked away.
“Gabe, why don’t we go to my office so we can talk lebih private?” the Mayor suggested. He pulled Gabe inside and brought him to his office. “So, what is this about?” he asked while he offered Gabe a cigar which Gabe declined. “Okay, suit yourself”
“I’m here because of my daughter Kelsey. She’s been arrested for a hit and run” Gabe started.
“Yeah, I heard about it. Tragic accident” Mayor Lockwood nodded. “But, tell me Gabe, what do anda want me to do about that?”
“You are the Mayor” Gabe said. “If anda say they have to let her go, they will”
“What makes anda think I would do such thing? lebih importantly, why should I?” the Mayor asked.
“Come on, Richard, we’ve known each other since high school. I’m asking anda this one favor” Gabe reasoned. “I will take her out of Mystic Falls and I will make her stay away”
“I can’t make any exceptions, Gabe” Richard said. “And our friendship died the moment I confided in anda about my little secret. So now’s not the time to come ask me for favors”
“Richard, please” Gabe berkata desperate. “She has your son’s condition. Your condition”
That made the Mayor reconsider Gabe’s request. “You will take her away?” “Yes, like I said” “She can’t come back” “I know”
The Mayor picked up the phone. “Let me make this phone call and everything will be arranged”
An jam later Kelsey was back on the street.
“How are anda going to explain what happened?” she asked her father. “You’re not going to let someone else take the blame, are you?”
“No, no one’s getting the blame for your fatal actions” Gabe explained. “There’s going to be a statement which says the driver was drunk. He Lost control over the wheel and he collapsed. There were no witnesses”
“That’s disgusting” Kelsey berkata upset. “You want this man to be remembered as a drunk? Have anda thought about his family?”
“Have you?” Gabe shot back. Kelsey blinked and her eyes became watery. “Get in the car. I got your bags in the trunk”
“I want to go home” Kelsey sobbed.
“You have no home” Gabe berkata heartless. “You Lost it the moment anda killed that man”
“It was an accident!” Kelsey exclaimed crying. She got in the car angry and hurt. She looked at her father. “Please, can we go home? I want to say goodbye to mom and Amber” she begged softly.
Gabe put the keys in the connection. “You berkata goodbye to your mother yesterday” he said, avoiding Kelsey’s look. “And Amber’s gone”
“What do anda mean she’s gone?” Kelsey asked upset.
“She’s left for summer camp” Gabe replied. He turned the key and started the engines.
8
Katherine Pierce - Series Petikan
posted by tvdlover

"You have no idea of the future I`ve planned for us Stefan. You, me and Damon. No rules."
Katherine Pierce, Season 1, Episode 06 - Lost Girls

"I`ve been around for a long time, Bonnie. anda have to do better than that."
Katherine Pierce, Season 2, Episode 1 - The Return

"I thought that after the last time we met a lebih public place...
continue reading... 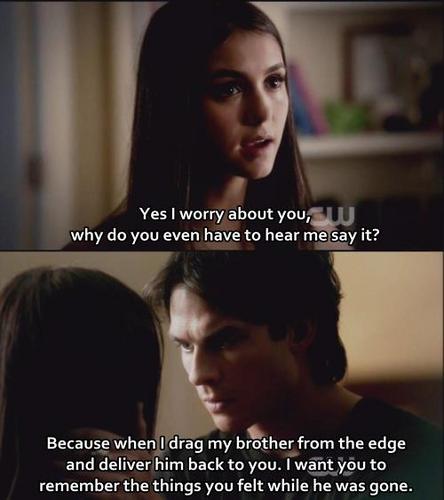 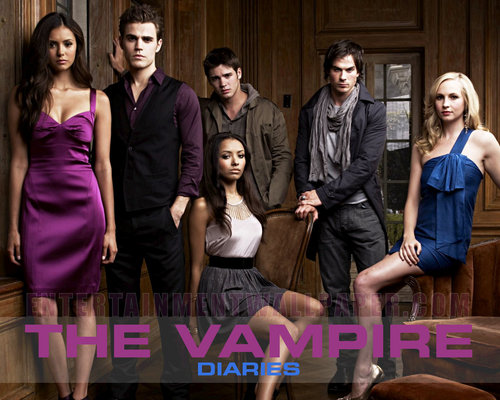 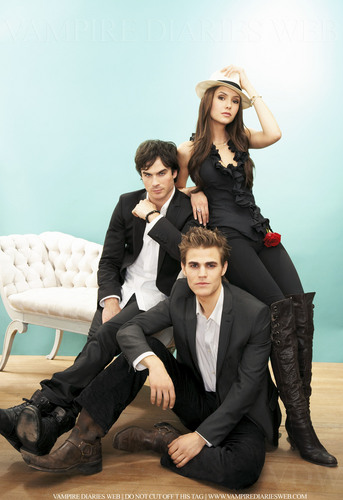 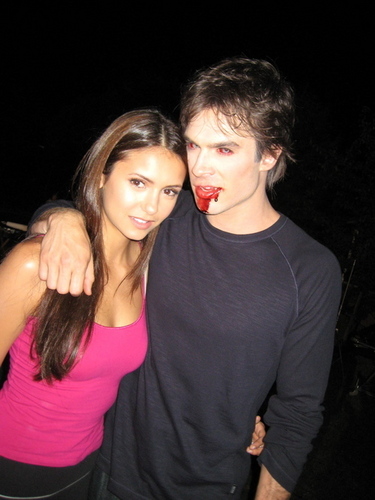 7
Nina And Ian
added by gossipchic13 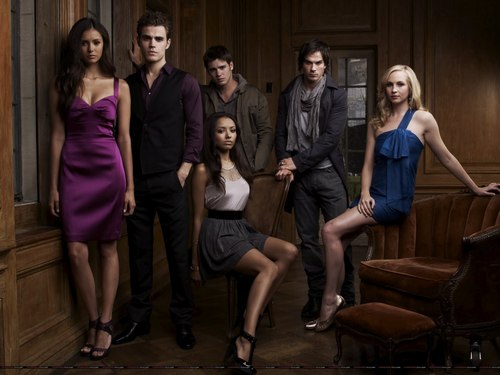 "And anda just happen to be hanging around a cementary."
Elena Gilbert, Season 1, Episode 01 - Pilot

For once I don`t regret the hari before it begins. Because I know I`ll see him again. For the first time in a long time I feel good.
Elena Gilbert, Season 1, Episode 02 - The Night of the Comet

"You got Tannered. Been there."
Elena Gilbert, Season 1, Episode 02 - The Night of the Comet

"I burden anda with all of my drama, and I want anda to do...
continue reading...
23
10 reasons why “The Vampire Diaries” might be TV’s most addictive tunjuk
posted by MsJeremyGilbert
10. Nina Dobrev
This “Degrassi” alum is capable as sullen teen Elena and really shines when playing the vicious bloodsucker Katherine. We Cinta her in period garb, wickedly teasing and taunting the Salvatore brothers.

9. Branching Out From the Books
One of our big concerns at the outset of the TV series was the limited scope of the buku it was based on, especially since the pilot covered much of the ground from the novels. But subsequent episodes have been anything but thin.

8. Plenty of Fanged Foes
When the tunjuk kicked off, it featured just two vamps: one good, one bad. But as the first season...
continue reading... 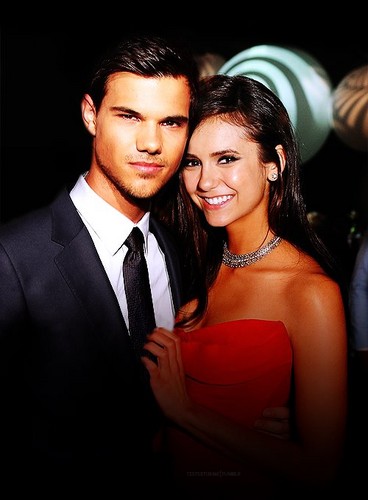 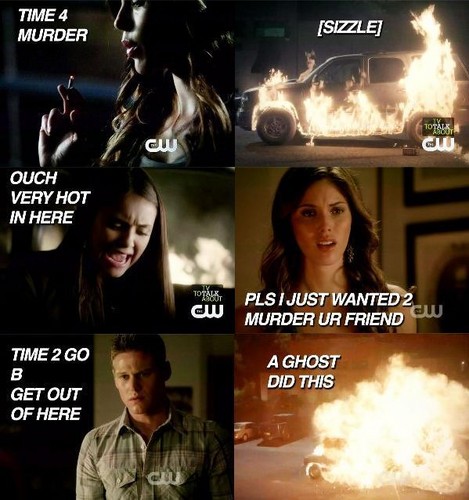 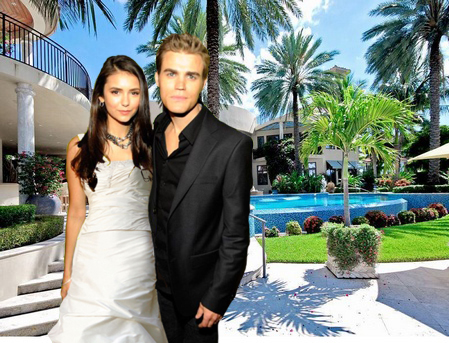 2
Nina and Paul
added by crazyDivinaStar 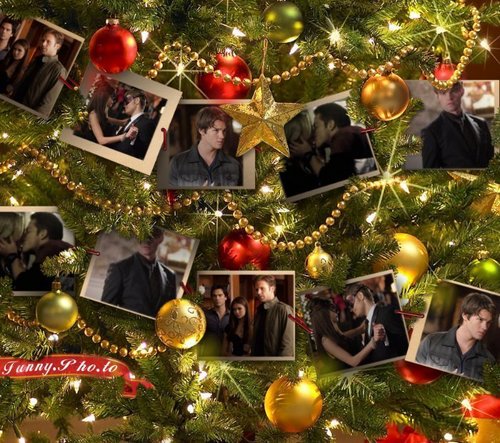 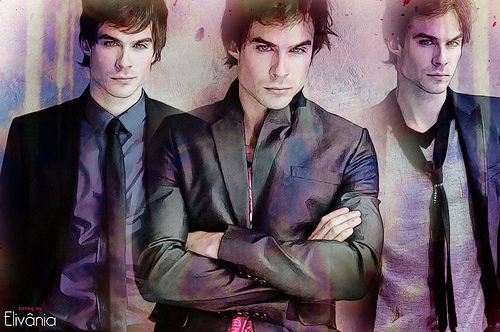 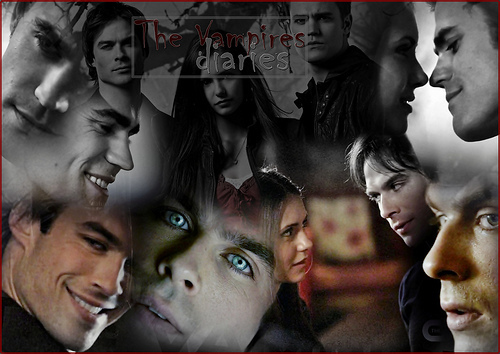 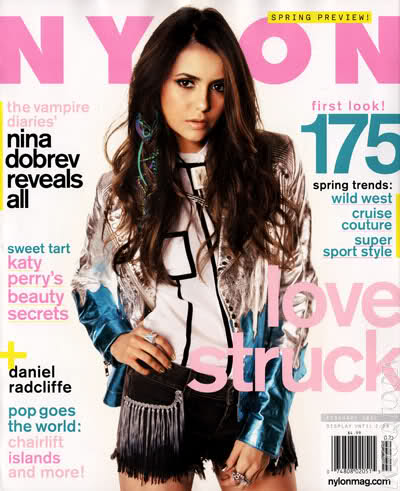 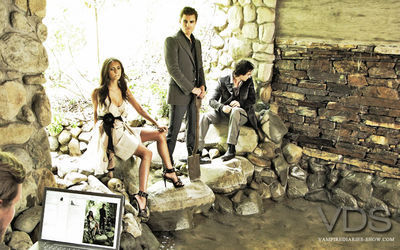 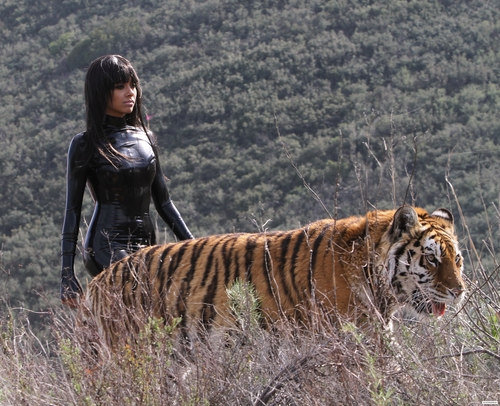