1
Everything about anda Chapter 3 Part 4
posted by 1d_is_cool
Lillian's P.O.V

I made the call for Erica to come over.

L: hei erica
E: hi Lillian, what's up?
L: can anda come over I'm feeling a bit lonely.
E: sure! Be around in 5.
L: ok, see anda then.
E: bye!
L: bye!
I hung up. She didn't take that long.
Once erica knocked in the door we went up stairs.
"so what do anda want to do?" erica asked.
"first, I want to get a tub of Ais Krim and eat it with you. saat I need to talk about the boys in our class." I said. We went to the dapur to get the tub of Ais Krim and to spoons. We were eating the Ais Krim then I asked about the guys.
"so what do anda think of them?" I asked Erica.
"they nice, but that Niall one annoys the crap out of me." she said
"I think he likes you!" I replied while giving a nudge and I wink. Erica just looked at me with no expression on her face.
"well I diffidently don't like him!" she exclaimed.
"you've got an eye on someone haven't you?" erica asked.
"ok, but your not aloud to tell anyone. She came closer to me, anda know like when your about to hear a really big secret, but I wasn't really big.
"ok, I kinda like Harry." I said. She did a big gasp.
"really?! But....what about Louis?" she asked.
" Louis very nice and really funny, but I like Harry." I replied.
"ok. anda didn't tell me about what happened in P.E. do anda think that Patrick likes anda as well?" she asked.
"as well?" I repeated.
"yeah. Does Pat like anda like Harry does." she answered.
"Harry doesn't like me like that yet!" I said.
"woooo, wait up. Ok, Patrick likes you. We can all tell. And 'I' think that Harry likes you." Erica said.
"Who is we?" I asked.
"Semra, Niki and Jack." Erica replied.
"really even Jack, does Jack know who Pat likes?!" I exclaimed.
"yes, even Jack. And we weren't suppose  to tell anda but Jack knows that Pat likes you." Erica said.
"wow. I wasn't expecting that!" I replied.
" so do anda like Pat?!" Erica asked. I had to think about it for a while.
"I.... Like him as... a friend. Nothing else." I said. Erica looked a bit sad, I don't know why.
"what's wrong?" I said.
"oh, nothing. But who do anda like then!" she said.
"I told you, Harry." I replied. We did this dance. The dance has quite a story, in grade 6 when I told Erica that I like Patrick, I did a little dance. Erica laughed at me. She berkata that she wanted to learn the dance. I taught her and then I berkata if we ever like a guy we have to that dance. So yeah Erica and I do that everytime we tell each other that we like a boy.
"ok so it's offical?" Erica asked.
"that just sounds like I'm in relationship! But yes I like Harry." I exclaimed.
"that's cool. So what about the Louis situation, and the Pat." Erica said.
"oh. Well Louis and I a just staying friend, and Pat. I just want to be friends." I said.
"but Pat might ask anda out!" erica exclaimed.
"no way he will ask me out!!!!" I replied.
"you never know!" erica said.
We then went into the lounge room to watch TV.

I woke up this morning as usual. Got dressed into my school uniform, then went to school. When I was driving in my car I was listening to One Direction's album , then it just hit me, I am actually going to school with them. I had to pull over because I was thinking really hard, I was thinking about 2 years when I never thought that I would go to school with them! Anyway, once I arrived at school I was meet sejak Abby and her stupid friends.
"hey Lillian what anda up to today?" Abby asked.
"why are anda doing this Abby. What do anda want." I replied. She then threw me into the dinding and kicked me in the guts.
"you didn't tell me the other boys name!" she said. She then slapped me a couple if times.
"then other boys name was.....Lou-"I started but I was cut off.
"LILLIAN?!!!" I voice yelled. It was Louis, I was about to pass out because Abby badges me into a wall.
"Lillian who the hell did this to you!!?" Louis berkata while helping me up. I couldn't really talk but I got something out.
"Abb-" I was cut off again. sejak Abby.
"I...didn't do it. I was helping her!" she exclaimed.
But luckily Louis saw Abby slam me into the dinding do Louis knew it was her.
" get out of here!! Don't try and lie!! I know it was you! Don't anda ever touch her again!!" he yelled.
"thanks.....Lo..Louis." I said.
"no problem. Just tell me if she ever touches you." he said. "are anda all right?! I'll go and tell Harry to go and get a nurse atau something."
"hold on Lillian. It wont be to long." he said. He then called Harry, Harry then got my Friends to come and help me ad well. Even Patrick.
"Lillian! Are anda ok!!? Who did that, I'm gonna kill them!!!" Harry screamed while pushing Louis out of my grasp and pulling me into a hug. In his presence I felt really warm and selamat, peti deposit keselamatan like nothing would ever hurt me when I was with him. Harry, Louis and Erica took me down to the sick bay. I went into the room to have a lay down on the bed. When I woke up Erica and Harry were there seterusnya to me.
"hey Lil, how anda going?" Erica asked.
"Swell." I replied. I saw Harry's beautiful face looking at me, I smiled back. I think Erica noticed so she berkata she would 'go to the toilet'. I know Erica very well and whenever she says that she means that she gives us some alone time.
"so how are anda doing?" Harry asked.
"yeah ok." I said. We both giggled a little. I don't know why.
"so how did this?" Harry asked.
"a girl call Abby, she is a real bitch. If anda get in her way your dead meat." I replied.
"A girl?! Bugger! I wanted to 'teach him a lesson.'" he said.
"Na, don't waste your time. I know anda wouldn't do that to me!" I said.
"no, I would. Your one in a million." he berkata looking straight into my eyes.
"so where is Louis and Pat?" I asked.
"oh. Louis has just gone to the toilet and Pat went to get his lunch." Harry replied.
"what?! It's lunch time allready?!" I exclaimed.
"thanks to anda I have missed out in double Maths!" Harry said. Then Louis came back in.
"hey Lillian! Are anda ok now?" Louis asked.
" yeah I'm fine. sejak the way, thanks for helping me from Abby." I said.
"don't mention it." Louis berkata with a really cocky smile on his face.

After the accident I went back to class with Erica. We only had a couple of hours left in the hari so I didnt pay much attention in class.
At 3:00 I drove back utama to my place and shortly after I went to sleep. 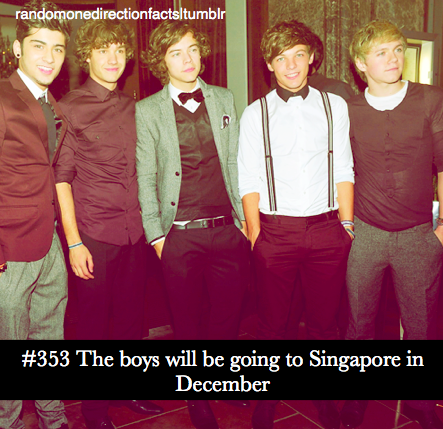 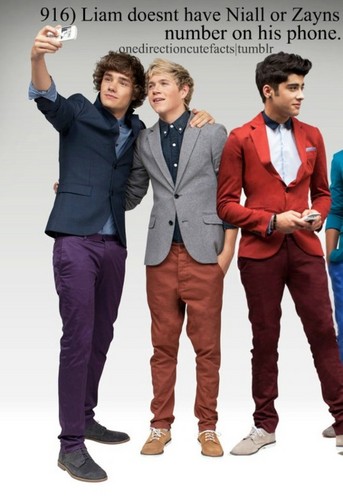 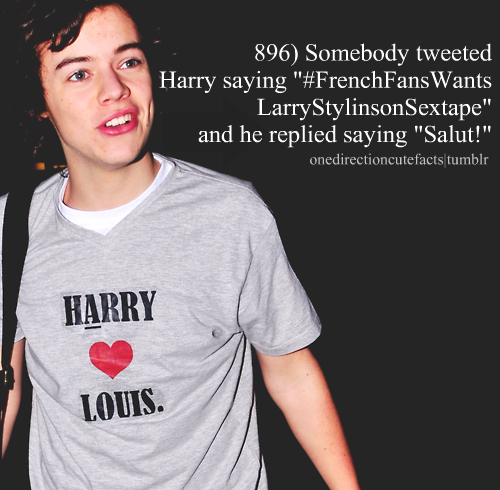 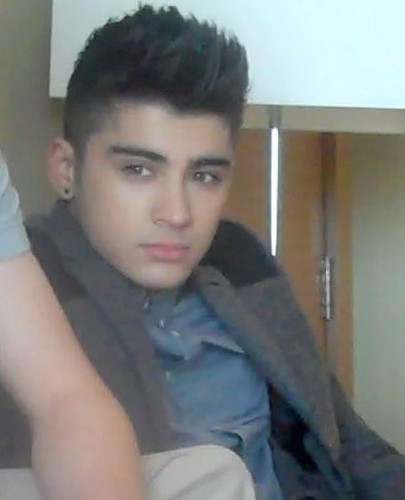 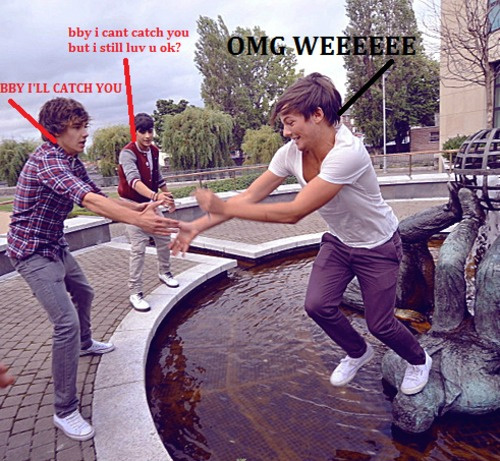 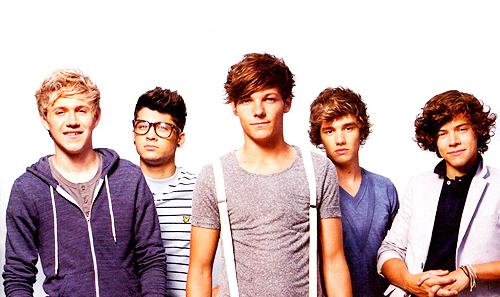 One Direction
added by JinelleS
Source: no copyright intended 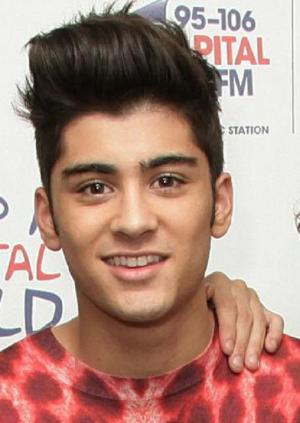 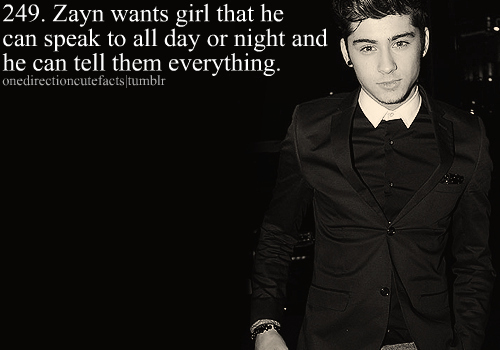 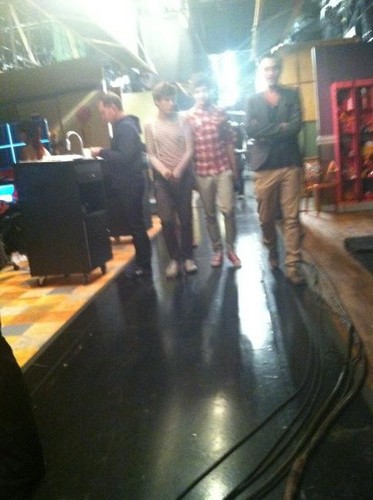 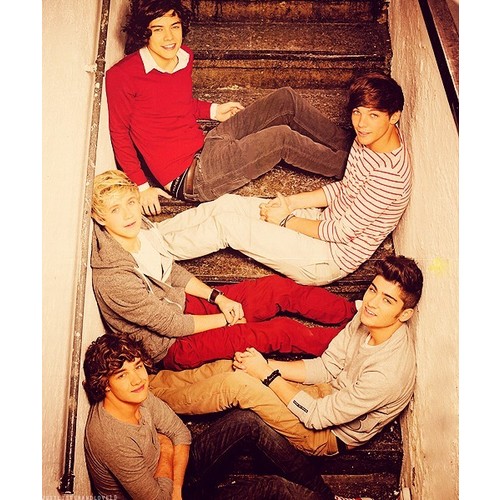 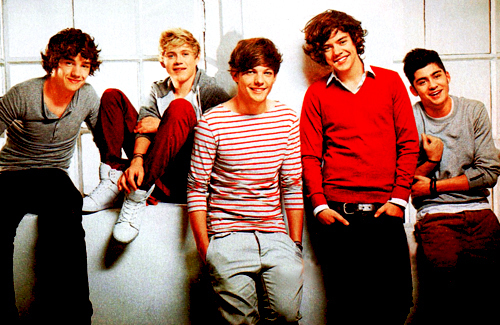 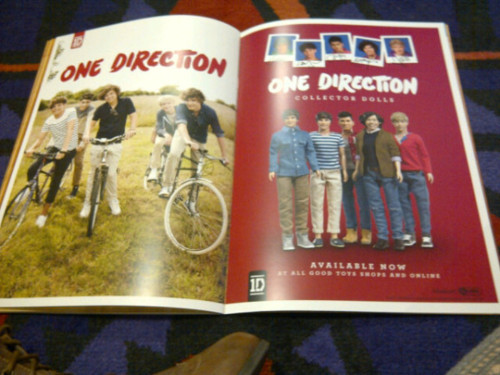 The 1D "Up All Night" Tour Programme!
added by CullenSisters-X
Source: @niallfrance 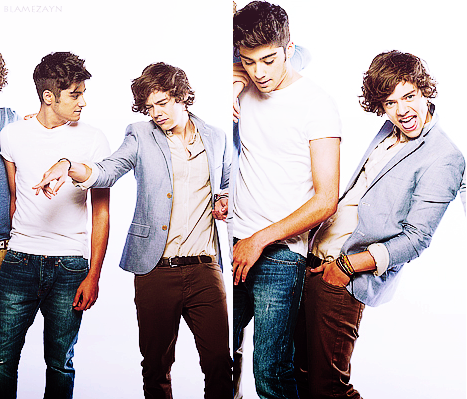 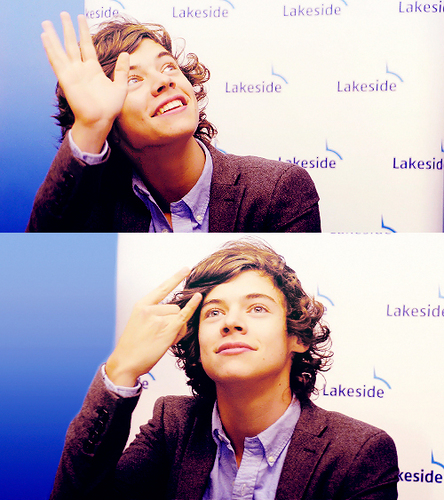 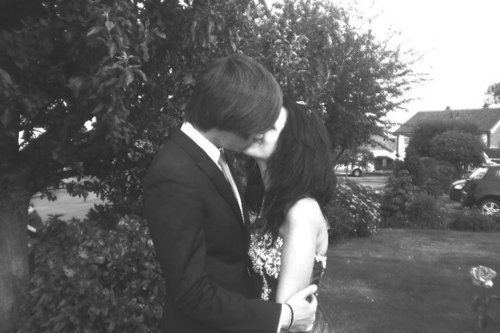